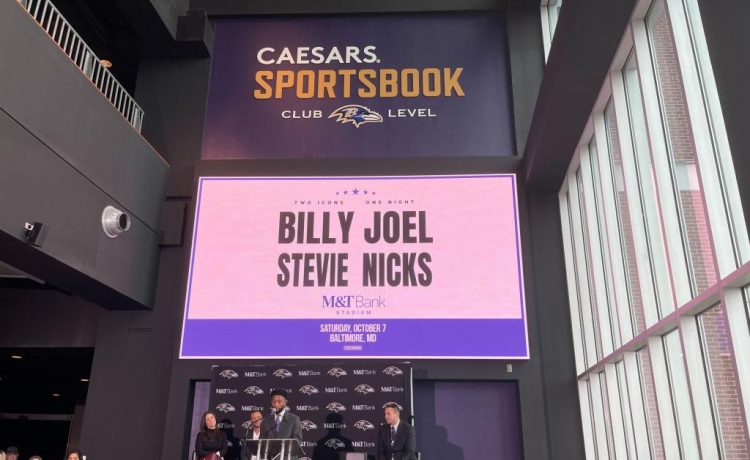 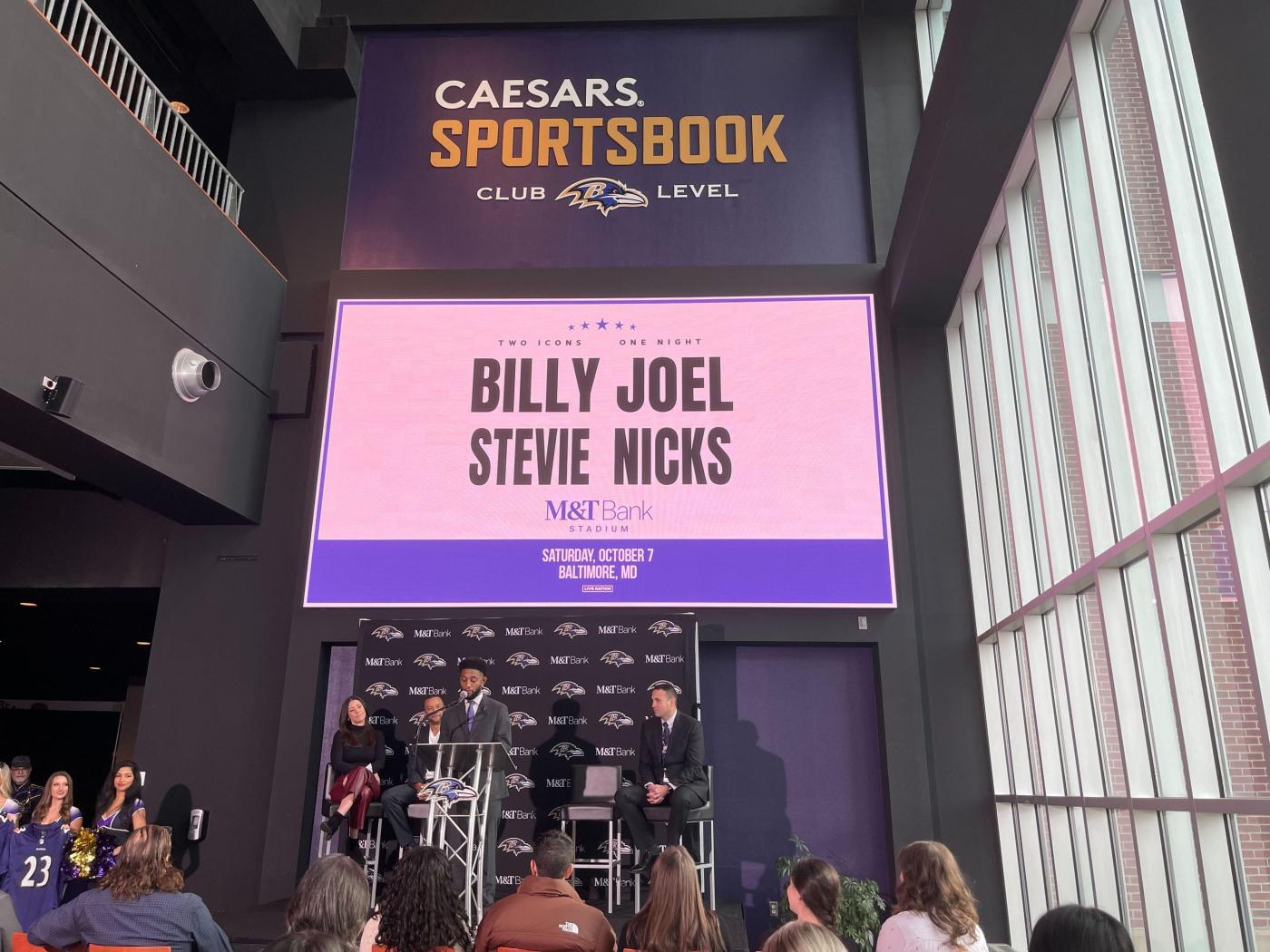 Billy Joel and Stevie Nicks will perform at M&T Bank Stadium, part of a push to bring more big concert acts to the downtown Baltimore venue that is home to the Ravens.

Past performers at the stadium include Beyoncé, Jay-Z, Billy Joel, Metallica, One Direction, Justin Timberlake and U2.

Joel, whose hits include “Uptown Girl,” “Just The Way You Are” and “The Longest Time,” and Nicks are launching a joint tour this year. Nicks, a member of Fleetwood Mac, is also a popular solo artist.

At this point, the first announced date on their joint tour is March 10 in Los Angeles. The other announced stops, according to Joel’s website, are Dallas; Nashville, Tennessee; Philadelphia; Kansas City; Boston, and Minneapolis.

In 2019, Joel became the first performer to play a concert at neighboring Oriole Park at Camden Yards.

Thursday’s announcement at the 25-year-old Ravens stadium follows state Board of Public Works approval last week of the NFL team’s new, 15-year lease with the Maryland Stadium Authority. The lease incentivizes the club to bring major events to the 71,000-seat stadium.

Under the new agreement, the Ravens will retain all revenue from non-NFL events, such as concerts, college football games and exhibition soccer matches, and the state collects a 10% admissions and amusement tax. The tax is applied to the base price of each event ticket, with 80% going to the stadium authority and the rest to the city.

That’s a change from the previous lease, under which the team didn’t maintain rights to all the revenues and the authority gave a negotiated portion — varying from event to event — of the tax to the club to subsidize losses in case the event lost money.

The pandemic complicated efforts to schedule shows. Country star Garth Brooks was supposed to perform in the fall of 2021 but canceled due to a surge in COVID-19 cases.

Another major act coming this year to the city is Bruce Springsteen and the E Street Band, which will play an overhauled venue now known as the Baltimore Arena on April 7. The Boss also played at the site, previously known as the Baltimore Civic Center and Royal Farms Arena, in 1973, 2009 and 2016. Springsteen will be the first major performance after the arena completes a $200 million face-lift.

This article will be updated.