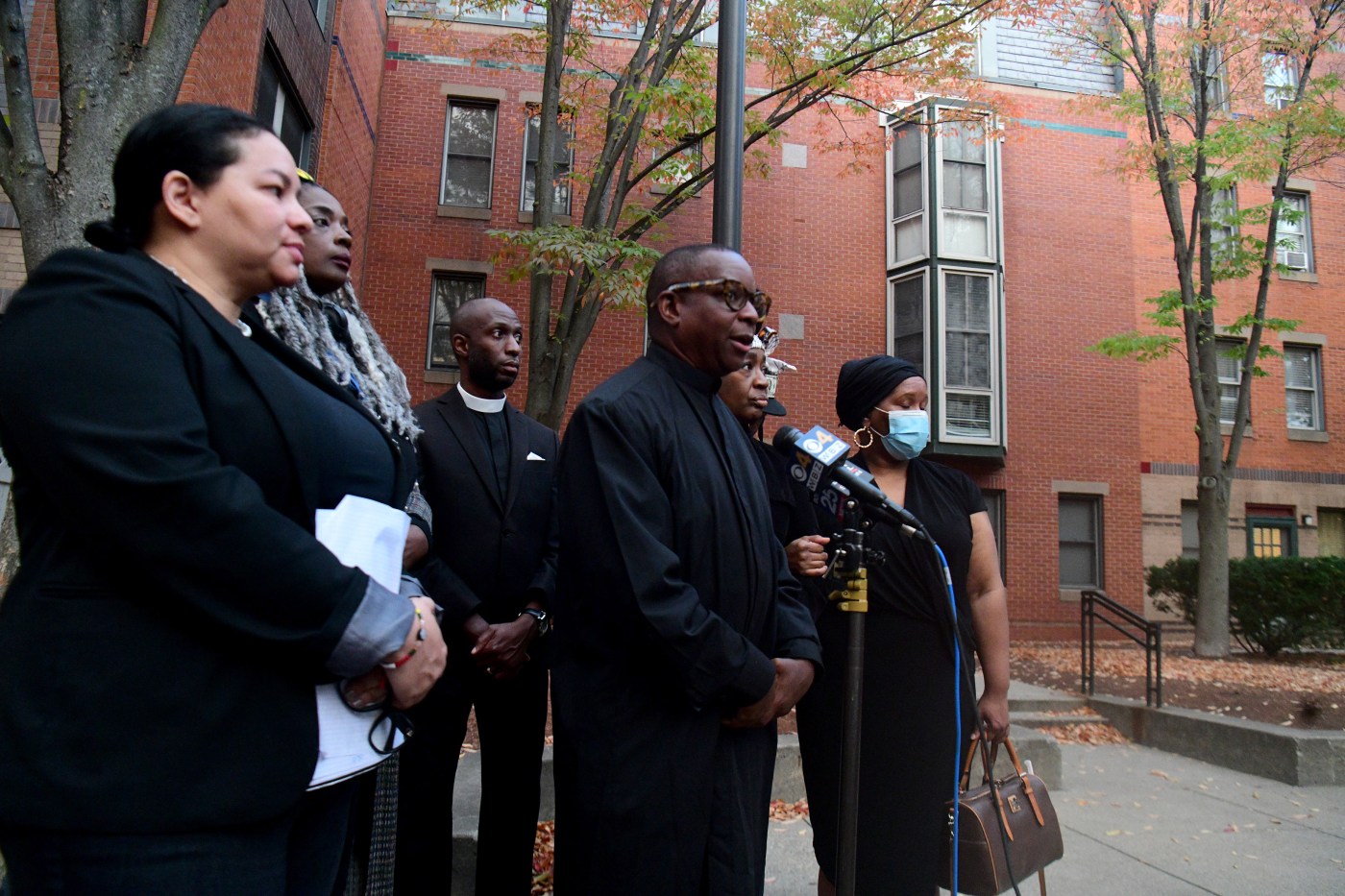 Black clergy across Boston are calling on parents of color in the city to make sure children below the age 13 are home by 10 p.m. in the weeks ahead amid a recent uptick in gun violence.

Rev. Kevin Peterson, founder of Boston-based New Democracy Coalition, made the request as he called a state of emergency in the Black community during a gathering Sunday at Tent City Apartments, the site of the city’s latest fatal shooting.

Police responded to the area of 9 Yarmouth Place, a strip of the roughly block-sized apartment complex on the edge of Back Back, shortly before 11 p.m. Friday for a call of a man shot. The man, whose identity had not been released as of Sunday night, died shortly after from gunshot wounds.

Peterson called the curfew the beginning of a strategic plan that “emanates out of the Black community,” and a step forward to protecting the vulnerable community.

“This is no different, quite frankly, from how many of us grew up,” Peterson said of his curfew request. “Our parents used to tell us to be home by the time the streetlights came on. That was an imposed curfew within families. We are not asking for any police intervention or for the National Guard. We are asking for parents to engage their family as a public safety measure.”

Black community organizers and clergy will continue working in neighborhoods that have high incidences of violence on response plans to trauma, violence in schools and youth violence on city streets, Peterson said.

Requests for a public safety plan in areas with a “disproportionate amount of violence” from City Hall and police have not been met, said Rev. Charles Mentos, of Grace Church of All Nations in Dorchester.

“Our numbers are still at an all time low, compared to last year or the last five years,” Wu said in response to a question on recent gun violence, though that interview was taped before the shooting Friday night.

As of Oct. 23, the city saw 17 fewer shootings than at the same point last year, figures from city police show. This year’s 26 homicides at that point was four higher from last year, but lower compared to the 30.6 five-year average, the latest figures show.

Within the past two weeks, however, 43-year-old Herman Maxwell Hylton, a popular barber, was shot and skilled in his storefront on Washington Street in Dorchester late last month. That came before Friday’s incident.

The City Council is planning to hold hearings on gun violence after councilors Brian Worrell and Tania Fernandes Anderson introduced a hearing order last week. The hearings still have yet to be scheduled.

Since 2015, there have been 1,739 shootings across Boston, 75% of those incidents have been in the Black community, Peterson said.

“Those numbers alone should give pause to anybody in the city or state government to say ‘Hey, something is going on,’” Dorchester resident Edwin Sumpter said.

A meeting will be held at Nubian Gallery, 2164 Washington St. in Roxbury, at 6 p.m. Wednesday, which clergy are recommending Black residents in the South End, Hyde Park, Dorchester and Mattapan to attend.

Those attending the meeting will help design a public safety plan on what parents, community activists and churches can do in response to what clergy say is systemic violence.

“Our goal is to make our community safer,” Mentos said. “The police will not help us. We can plan for ourselves. We ask that the community be the first line of defense. If anyone witnesses crime, they should report it. The lives of our neighbors depend on it.”