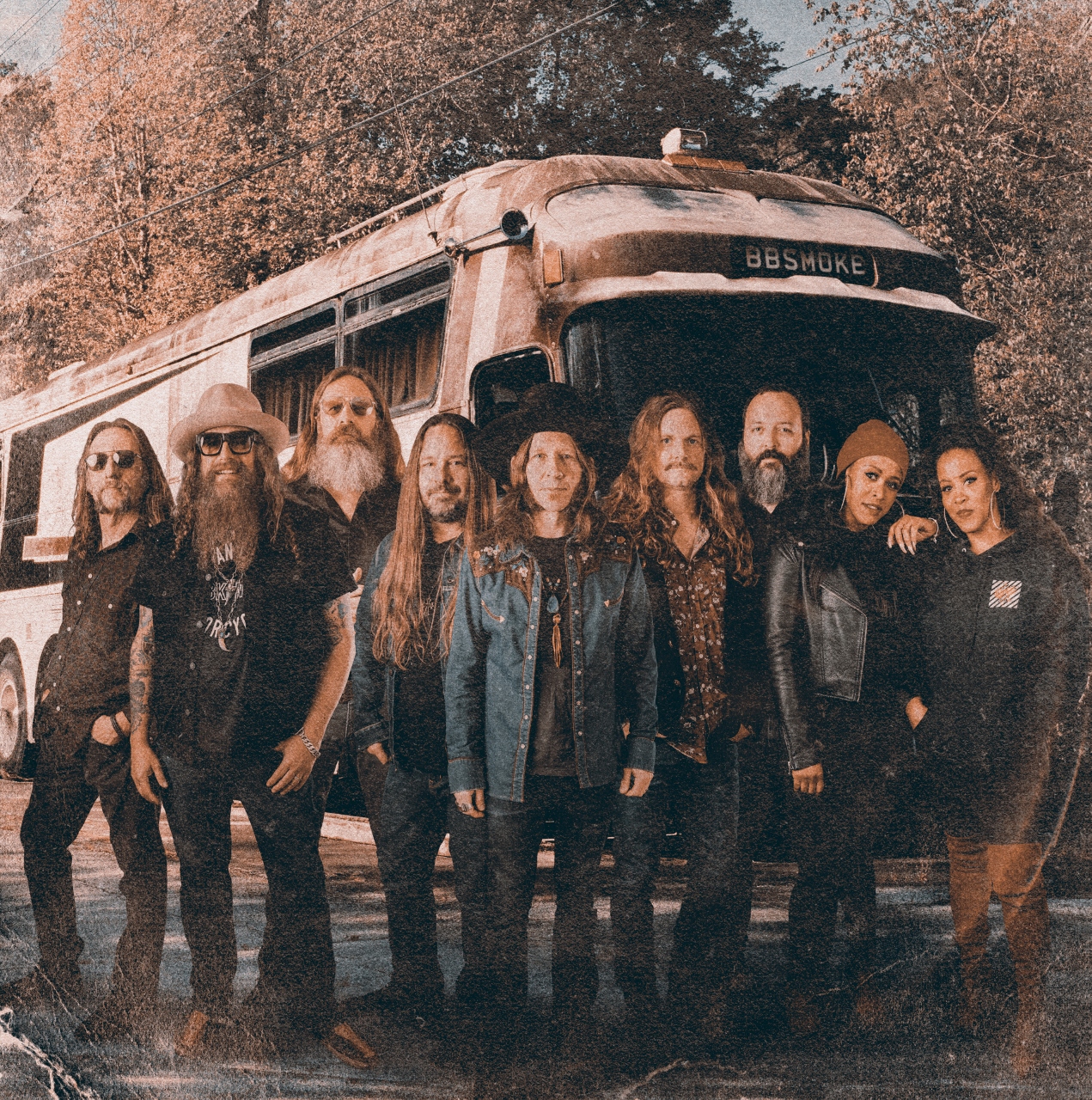 The Georgia band Blackberry Smoke never set out to be the standard-bearers for classic-model Southern rock. It just wound up happening that way.

“That music was all required listening where we came from,” frontman Charlie Starr said this week. “When I was a teenager and I started playing in bars around the Southeast, people eat, sleep and breathe that music — If you don’t play the [Allman] Brothers, Marshall Tucker and Lynyrd Skynyrd, then you (stink). It’s just sacred to people. People forget that those bands were so different from each other, but they love ‘em all because it was quality, the songs were so damn good. So that all comes into our music– It wasn’t a specific goal, but it comes out when we get together.”

Like those bands, Blackberry Smoke bring something of their own into the mix– in their case, a healthy dose of  outlaw country, gospel and Southern soul. When they hit the House of Blues on Wednesday, they’ll be playing the entirety of their third album “The Whippoorwill,” for its tenth anniversary. It was their breakthrough album, the first where they flexed their stylistic muscles.

Starr recalls that the band was raring to go when they recorded it, after being sidelined by record-label issues. “Our last label went out of business and the CEO went to prison, but we still couldn’t record for three years. So when Zac Brown asked us to be on his label we said ‘Great, but only if we can make the music we want to make.’ But I think at that point, we would have been glad to sell records out of the trunk of our car. We made the album in eight days, so I hear it now and it’s really a snapshot of that week. I guess every band has a project where they look back and say ‘That was my favorite time,’ and I think that was it for us.”

The only strange part has been playing the songs live in the album sequence. “It’s been really interesting to play the songs in their original order, When we first tried it I started thinking, ‘Who the hell put these songs in this order?– Oh yeah, I did that’.”

As the band’s main songwriter, Starr has given the band some quotable lyrics; the line “Let’s live it up ‘till we can’t live it down” was his. “It makes me smile when I can think of one like that. I never look at it as anything you might call poetry. To my mind (Texas country legend) Billy Joe Shaver was the greatest at the clever turn of phrase; he just had the knack of putting simple things together. When I hear certain lyrics of his I think, ‘Why was he the first person to say it this way?’ So if I aspire to anything, it would be that.”

Earlier this year Starr toured with some of his Southern brethren, when the Black Crowes asked him to stand in as lead guitarist. He was there for a string of high-profile shows, including the New Orleans Jazzfest and the Jimmy Kimmel show. “I didn’t get a lot of notice but I do love their music dearly. [Crowes guitarist] Rich Robinson gave me about a month, and he said there were thirty or forty songs- – and I said ‘Man, can’t you narrow it down just a little?’ But I can’t talk because I write the Blackberry Smoke setlists, and I’m always putting more songs in. But really, it’s all music so there are no rules, you just play it with some sincerity.”

Blackberry Smoke plays at the House of Blues, Dec. 7