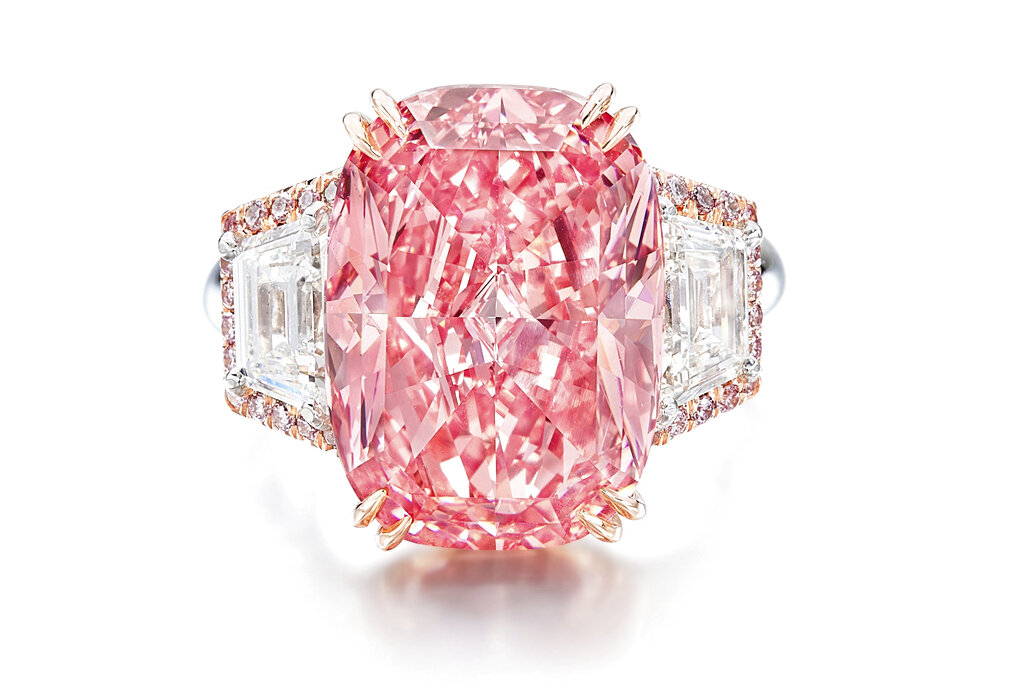 Thinking about traveling for Thanksgiving?

Now may be the best time to book, according to AAA.

With the COVID pandemic leveling off, and many Americans still starved for travel after keeping close to home in recent years, the upcoming holiday season is forecast to be a busy one, the agency said.

A pink diamond was sold for $49.9 million in Hong Kong, setting a world record for the highest price per carat for a diamond sold at auction.

The 11.15-carat Williamson Pink Star diamond, auctioned by Sotheby’s Hong Kong, sold for $392 million Hong Kong dollars, or about $49.9 million. It was originally estimated at $21 million.

The Williamson Pink Star draws its name from two legendary pink diamonds. The first is the 23.60-carat Williamson diamond which was presented to the late Queen Elizabeth II as a wedding gift in 1947, while the second is the 59.60-carat Pink Star diamond that sold for a record $71.2 million at auction in 2017.

The Williamson Pink Star is the second-largest pink diamond to appear at auction. Pink diamonds are among the rarest and most valuable of the colored diamonds.

“This is an astounding result, proving the resilience of top diamonds in a shaky economy,” said Tobias Kormind, managing director of 77 Diamonds.