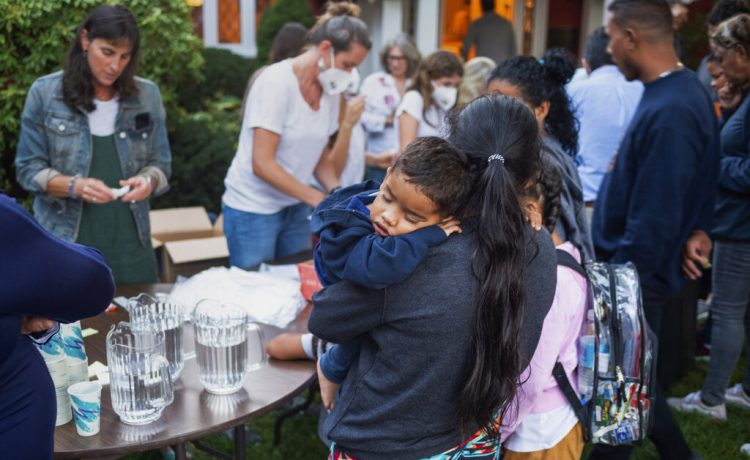 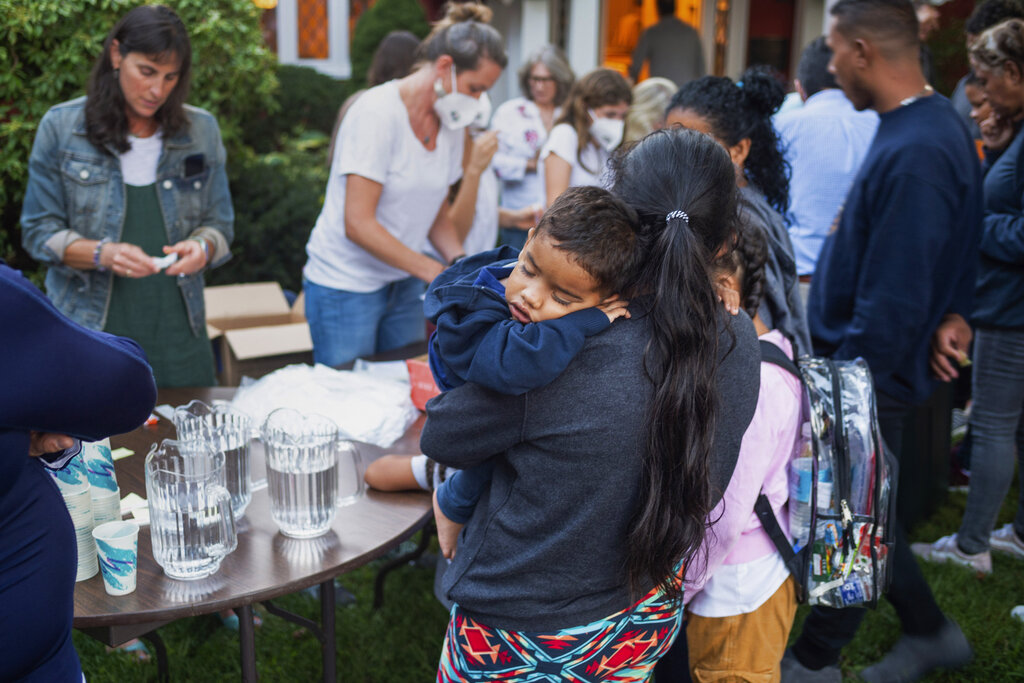 For residents of Massachusetts and New York communities who suddenly find themselves hosting migrants from Florida and Texas, the border crisis just got personal.

“The Biden-Harris administration continues ignoring and denying the historic crisis at our southern border, which has endangered and overwhelmed Texas communities for almost two years,” said Texas Gov. Greg Abbott, who has sent over 10,000 migrants to Washington, D.C., New York City and Chicago since the spring.

“Overwhelmed”  is an understatement.

“Here at the southern border, we’ve been seeing 7,000 to 8,000 immigrants coming across every single day, and that’s overwhelming the limited resources of these smaller border communities such as Eagle Pass and Del Rio.” Texas Department of Public Safety Chris Olivarez told Fox News.

Sending migrants to northern states is part of Abbott’s efforts to secure the border, a notion anathema to progressives. It’s been fine for Democrats to decry migrant detentions and support open borders when Texas is ground zero for migrant surges. A visit to a border facility makes for great media.

Democratic New York Rep. Alexandria Ocasio-Cortez joined a group of like-minded pols in a 2019 tour of two such facilities. She told CNN “in the last facility, I was not safe from the officers.”

That was an excellent opportunity for AOC, or any of the other lawmakers with her, to step up to the plate and offer a helping hand to the beleaguered border towns and cities.

But no — better to keep that crisis in Texas while ranting about it from a thousand miles away.

“Every community in America should be sharing in the burdens. It shouldn’t all fall on a handful of red states,” said Florida Gov. Ron DeSantis.

Since Abbott and DeSantis exported migrants to these states: Communities have stepped up.

After DeSantis flew nearly 50 immigrants to Martha’s Vineyard, residents have mobilized to provide support for the migrants who arrived there unannounced Wednesday, as the Herald reported.

State Rep. Dylan Fernandes, who represents Martha’s Vineyard, said in a tweet, “Our island jumped into action putting together 50 beds, giving everyone a good meal, providing a play area for the children, making sure people have the healthcare and support they need. We are a community that comes together to support immigrants.”

Well done. That’s the whole point of providing sanctuary, is it not?

While Massachusetts is not a sanctuary state as such, there are many cities and towns that have sanctuary city or “welcoming city” policies, including Amherst, Boston, Cambridge, Concord, Lawrence, Northampton, Somerville, Holyoke, Orleans, Chelsea, Salem, Ipswich, Brookline and Newton.

Democrats are fond of the phrase “paying their fair share,” when it comes to getting big corporations to pay more taxes. Everyone should contribute, they reason.

Housing and supporting the influx of migrants across our borders should be another “fair share” situation. Unless of course, you’re a Democrat who has soft-pedaled border security and who would now face constituents dealing with the effects of migrant surges up close and personal.

Martha’s Vineyard rose to the occasion — who will follow?