Boris Becker returns to limelight after months in prison 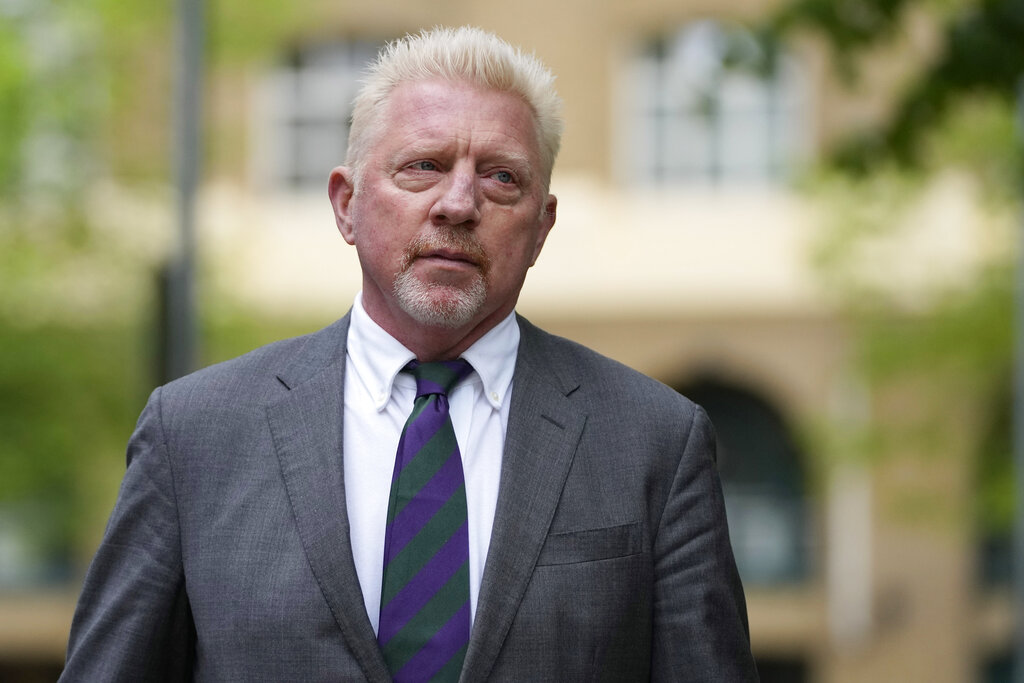 BERLIN — Fresh out of prison for bankruptcy offenses, tennis great Boris Becker is heading for the limelight again.

The three-time Wimbledon champion was deported to his native Germany last week after serving eight months of a 2 1/2-year sentence in Britain.

German broadcaster SAT.1 was due Tuesday evening to air the first interview with Becker since his release. The TV channel quoted the 55-year-old as saying his time in prison had taught him “a hard lesson, a very expensive one, a very painful one.”

Meanwhile, organizers of the annual Berlin film festival said next year’s installment will feature the premiere of an as-yet untitled documentary about Becker by Oscar-winning director Alex Gibney.

The organizers of the Feb. 16-26 Berlinale said Gibney trailed Becker before his April conviction for illicitly transferring large amounts of money and hiding assets after he was declared bankrupt.

Becker, who rose to stardom in 1985 at age 17 when he became the first unseeded player to win the men’s singles title at Wimbledon, said during his trial that payments for an “expensive divorce” and debts swallowed up his career earnings.

After retiring from professional tennis in 1999, the six-time Grand Slam champion worked as a coach and television pundit while also engaging in a wide range of investments and celebrity poker games.