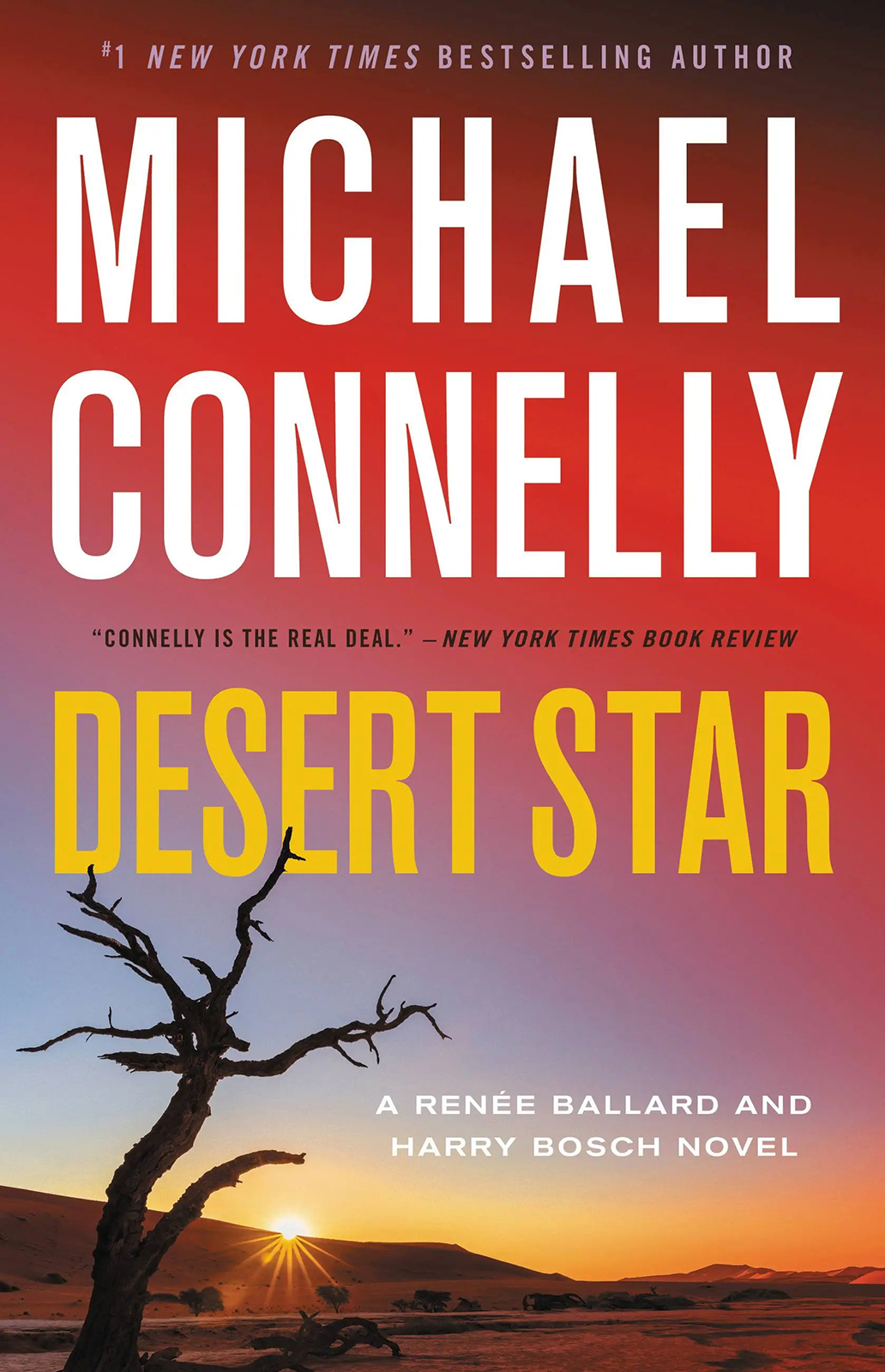 When a character in “Desert Star” says that she feels a “dark aura” around Harry Bosch, she’s not kidding.

Michael Connelly’s new novel about former Los Angeles Police detective Bosch finds the crime fiction icon grappling not just with the usual murder and mayhem but with his own mortality, in ways we’ve not seen before. It’s a richly emotional entry in this superb series.

This is Connelly’s 24th novel featuring Bosch, and the fifth to pair him with another LAPD detective, Renée Ballard. They last worked together — Bosch, who retired several books ago, as a freelancer — in Connelly’s 2021 novel, “The Dark Hours,” which ended with Ballard quitting the LAPD in frustration.

“Desert Star” opens a year later. (Connelly sets his books in the year they’re published, which allows him, via Bosch, to nod to jazz great Ron Carter on his 85th birthday.) Ballard is back on the force after getting an offer she couldn’t refuse from the chief of police: her pick of jobs.

Surprisingly, she doesn’t choose to return to the late show, the overnight hours she’s worked solo for several books. Instead, she reconstitutes the department’s shuttered cold case unit — with herself as its leader.

And, despite friction between them in “The Dark Hours,” she recruits Bosch for the team. He’s a volunteer, as are all the other team members except for Ballard.

Ballard knows what to say to Bosch to get him on board: “Finbar McShane.”

McShane is Bosch’s white whale, not the only killer who got away in Bosch’s long career but the one that haunts him the worst. When people call McShane’s crime the Gallagher case, Bosch corrects them. It’s the Gallagher Family case.

In 2013, McShane’s boss, Stephen Gallagher, and his family disappeared. About a year later, their remains were accidentally discovered, buried under a mesquite tree in the Mojave Desert. Their killer had executed all four of them, father, mother, 13-year-old-son and 9-year-old daughter, with a nail gun, then buried them in a single grave. McShane had vanished by the time they were found, but not before draining all the money from Gallagher’s business.

Bosch wants McShane bad, and joining the Open-Unsolved Unit will give him the opportunity to pursue him, Ballard promises. But Bosch has to help her with another case, one to which the unit owes its existence.

The politician who strongly backed the unit’s revival, an L.A. City Council member named Jake Pearlman, has a personal interest. In 1994, his 16-year-old sister, Sarah, was raped and murdered in her bed in the family’s home. The case is still unsolved.
So Bosch signs on and meets Ballard’s team. They seem solid — a former FBI agent, a retired deputy district attorney and others, even though one ex-cop, Tom “Lou” Rawls, isn’t exactly a dynamo. Ballard explains later that he wasn’t her choice; Pearlman’s office strongly recommended him, and he seems to be their pipeline for information about Sarah’s case.

Ballard chafes at that political influence, and she’s unsure about having put herself in the manager’s chair, as she says to Bosch: “This is heading toward a bad end. This whole being in charge thing is a pain. I just want to follow cases.”

Bosch isn’t surprised by internal politics, but he’s bothered by another team member, Colleen Hatteras. Her work for the team involves chasing down DNA leads through genealogy sites via social media, but she’s also a self-described psychic — the one who notes Harry’s dark aura.

Bosch emphatically does not believe in psychic powers, but Ballard smooths down his objections. She knows he has uncanny powers of his own, like being able to read through a murder book, the voluminously detailed record of a case, and find things no one else saw.

And that’s just what he does with the Pearlman case. A partial palm print lifted nearly 30 years ago yields DNA, and that DNA connects Sarah’s murder to another one committed 11 years later, and the cold case team is off and running.

And Bosch is on Finbar McShane’s trail. It will be a perilous pursuit. And developments in his personal life will take him to even darker places.

“Desert Star” — named for a tiny, resilient flower — is a thrilling mystery, and a resonant novel that marks turning points for Bosch and Ballard.