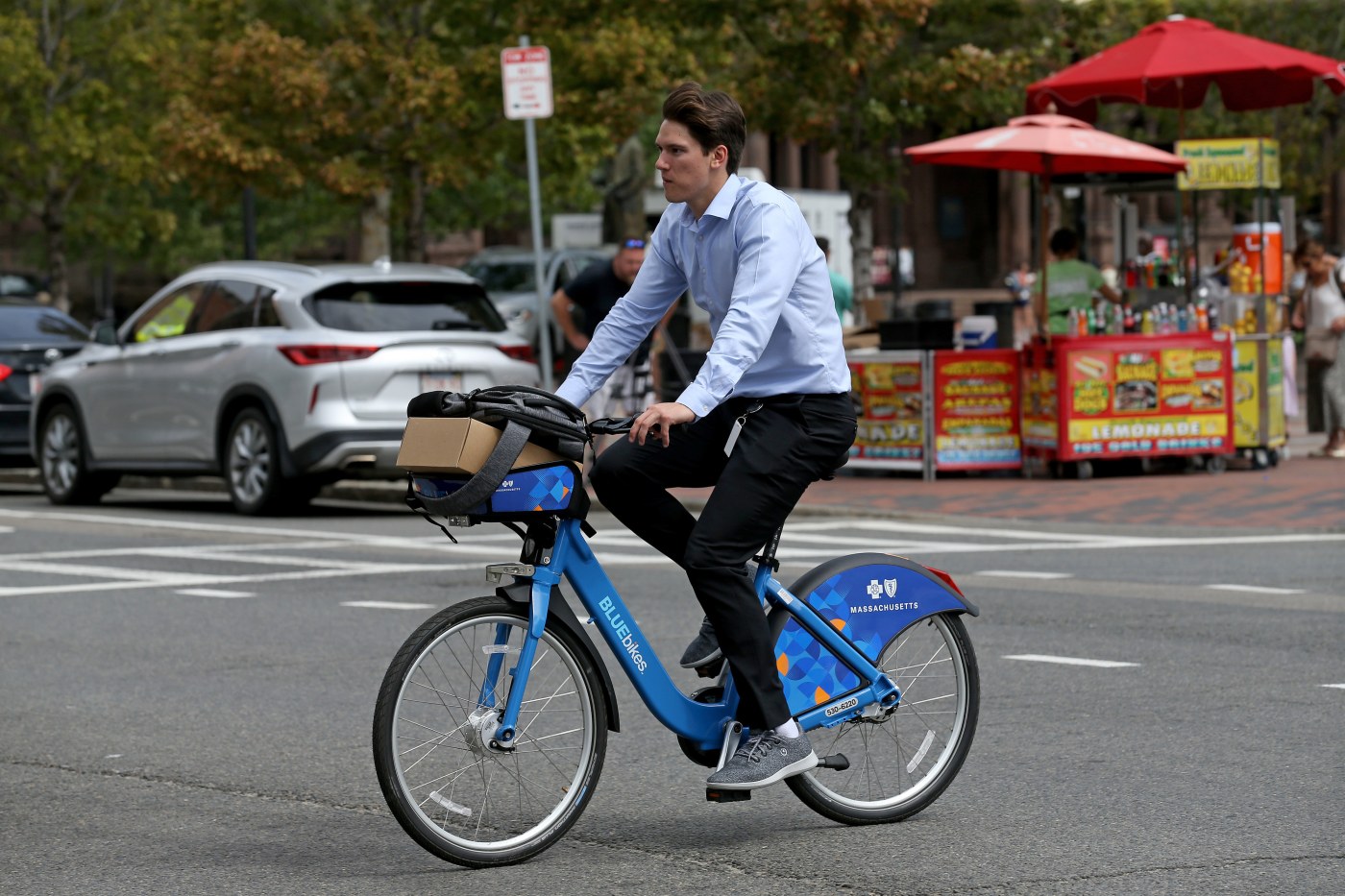 One community group is working to make biking through challenging city streets less intimidating for inexperienced cyclists during the 30-day Orange Line shutdown.

With the City of Boston, MBTA and MassDOT pushing biking as an alternative form of travel, Boston Cyclists Union has answered the call of duty, and is offering daily bike convoys during the disruptive full Orange and partial Green Line closures.

The first of these convoys starts Sunday at 11 a.m., at either end of the Orange Line. One will be from Oak Grove and another will take off from Forest Hills, with a mix of inexperienced and more seasoned cyclists biking a route to the downtown, ending at Government Center.

“The point of this is to have those who haven’t really ridden much in the city to get comfortable,” said Becca Wolfson, Boston Cyclists Union executive director. “Because it can be less intimidating to ride with more experienced riders, every morning we’ll have convoys riding into the downtown.”

He added that “contrary to some reports” the Southwest Corridor Bike Path will be open during the closure. In fact, the state had announced in a press release that it would be closed for two weeks before hastily backpedaling and saying it would just have some “rolling closures” briefly.

From 10 a.m. to noon Sunday, a pop-up bike repair will be offered at Forest Hills, where cyclists can get minor fixes, such as swapping out flat tires or getting brakes tightened. These popups will be offered every Friday, from 3-6 p.m. at the Roxbury Crossing station, Wolfson said.

The convoys, like 30-day Bluebikes passes, will be free during the shutdown. Interested cyclists can check the daily schedule on the Boston Cyclists Union’s website, Wolfson said.

The group has also worked with the MBTA and MassDOT to develop a bicyclist guide, which includes recommended routes for avoiding areas the Orange Line shuttle buses will be weaving through, she said.

“It really isn’t safe to bike near those shuttles, the ones that are taking Orange and Green Line riders,” Wolfson said. “The drivers are really high up and they have a lot of blind spots. It’s safest to assume those drivers can’t see you.”

Galen Mook, MassBike executive director, added that the drivers of the new coach buses might not have the same training or experience navigating the infamously bonkers Boston streets the way MBTA bus drivers do, so cyclists should take extra care around them.

His additional advice for new cyclists or anyone less comfortable on the sometimes-mean streets of Boston?

“If you’re new to the city, just be patient, take it slow, follow the rules. Keep yourself safe.”