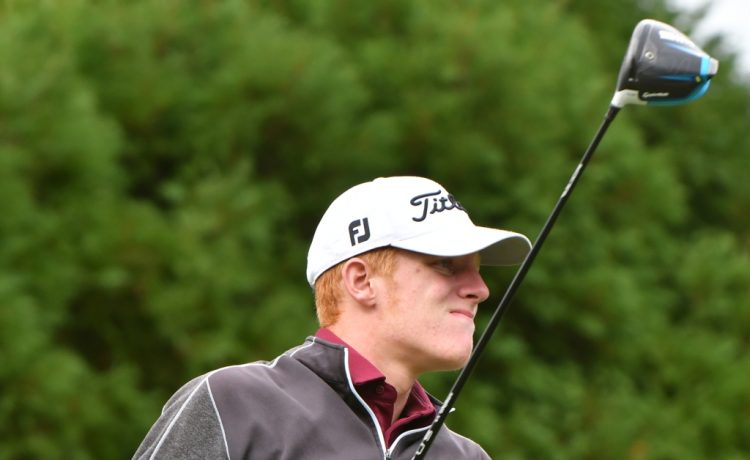 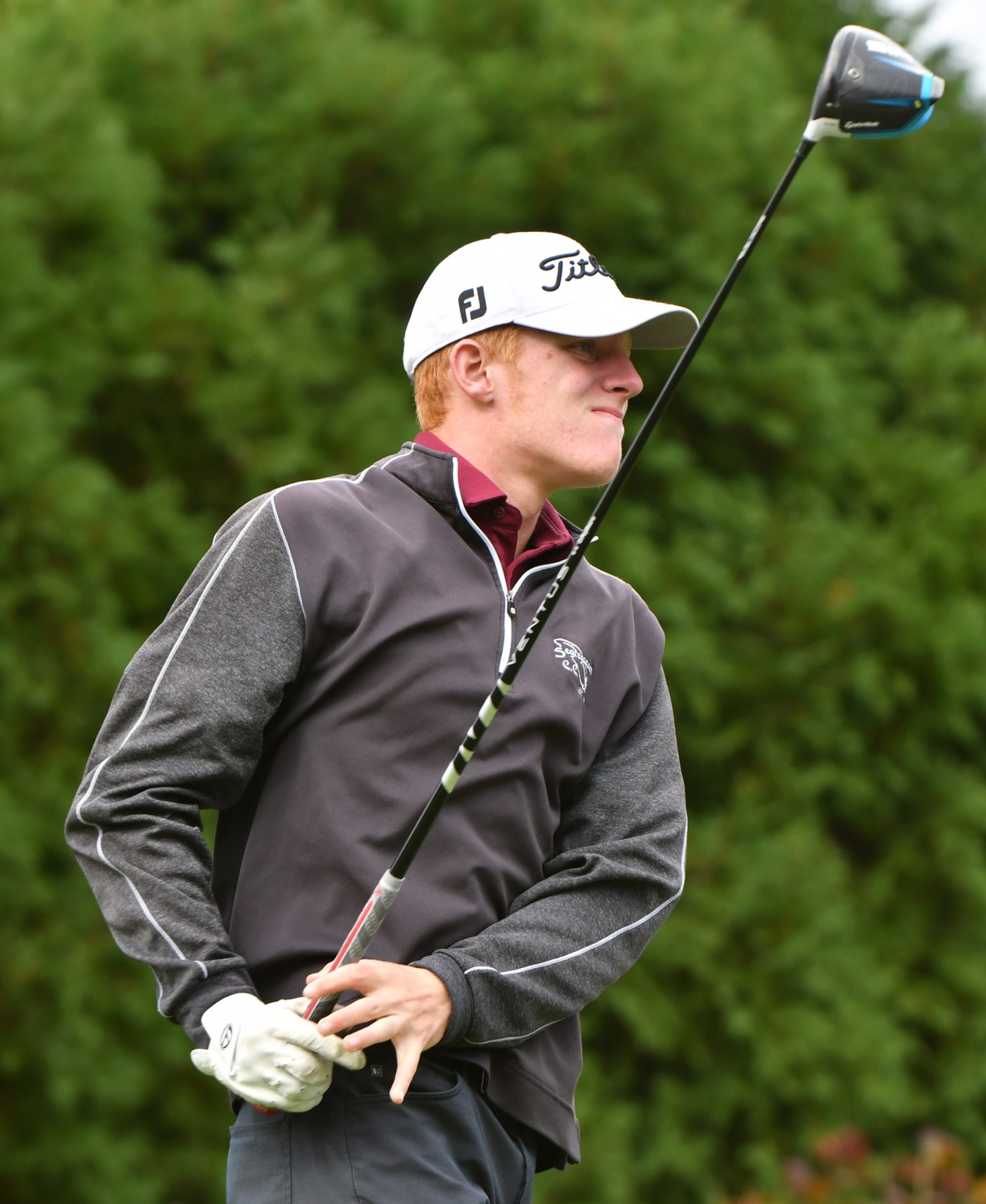 The Cape Ann League Baker Division Golfer of the Year, Corriveau took second in the Div. 3 North sectional (76) and finished seventh at the Div. 3 championships, shooting a 77. A four-time team MVP, Corriveau earned all-CAL honors in each of his last two seasons. A member of the National Honor Society, Corriveau would like to major in finance in college.

The three-time All-Catholic Central Leaguer performer shot a 69 in the Div. 2 South Sectional while also shooing a 71 to finish tied for third at the Div. 2 state championships. The junior captain averaged a 37.2 score has played on the varsity team since sixth grade. The honor roll student plans to play Div. 1 golf in the future.

The Patriot League MVP and two-time Patriot League All Star was a six-time medalist this season while placing second in the Div. 1 South sectional with a 70. The junior also placed 11th in the Div. 1 state championship and had a low nine hole score of 33 on the season. The honor roll student is undecided about his collegiate destination.

The Merrimack Valley Conference Player of the Year, placed third in the MVC Tournament, second in the Div. 1 North Sectional and third in the Div. 1 state final. The senior captain averaged a 73 in tournament play and is a four-year varsity starter. He looks forward to continuing his golf career by playing in a competitive collegiate conference in the southeast while studying business and entrepreneurship.

The sophomore shot a 1-over par with a 71 in the Div. 1 South sectionals and a 74 in the Div. 1 state finals in helping the Eagles capture the state team title. He averaged a 39.2 stroke average over the course of the season for the Eagles.

The Most Valuable Player in the Cape Ann League Kinney helped guide the Vikings to an 18-0 record. He tied for second in the CAL Open, then placed third in the Div. 3 North sectional and fourth in the state tournament. An honor roll student, Gardella carries an impressive 3.75 GPA.

The team and Tri-Valley League MVP averaged a 37 this season. The sophomore tied for seventh in the Div. 2 state championship with a 73. He loves the outdoors and also plays tennis in the spring.

The Tri-Valley League MVP and three-time Tri-Valley League All Star broke his own school record with a 3-under while averaging a 1.2-over for the season. The senior finished top four at sectionals as well as top seven at the state finals. The honor roll student is an individual sportsmanship award winner and has been class treasurer all four years.

The No. 1 golfer for the Panthers, LeBlanc was named the Northeastern Conference Golfer of the Year this season. The senior finished third with a 71 in the Div. 2 state title. The U.S. Junior Amateur participant will continue his golfing career at Indiana University in Pennsylvania.

The four-time South Coast Conference All Star claimed the SCC tournament title with a 71, finished as the runner up in the Div. 2 South Sectional with a 1-under 70 and finished as the Div. 2 individual runner-up with a 3-under 69 as part of the Div. 2 team title squad. The senior captain was also a state finalist in his junior campaign. The National Honor Society member and honor roll student hopes to focus on academics and golf at the collegiate level.

The junior captain placed third in the Div. 1 state finals with a 74. The two-time Coaches Award winner averaged a 36.6 over nine holes with 21 birdies, two eagles, 47 pars and 19 bogeys on the season. He hopes to play Div. 1 golf in the future.

The Dual County League All Star and team MVP aided his team to win the Div. 2 North sectionals while tied for second. The junior also shot a 1-under 71 at the Div. 2 state championships that tied for third. The second ranked player in MA by JuniorGolfScoreboard also won three U.S. Challenge Cups and qualified for the IMG Junior World Championship.

A three-time Dual County League All-Star, Pelzar led his team to a Div. 3 North sectional championship by shooting a 1-under par 71 to take individual medalist honors by five shots, Pelzar fired a 4-under par 68 to win individual medalist honors by four shots as Weston carted home the Div. 3 state championship. The junior placed third in the 2022 Massachusetts Junior Amatuer Championship.

The Southeast Conference MVP qualified for the Div. 1 state championship match this season. The senior led Bridgewater-Raynham to a league title as well. The honor roll student also plays hockey and plans to attend a four-year college in the fall.

The four-time South Coast Conference All Star shot a 3-over 75 as Old Rochester won the Div. 2 state title. The senior captain had a 35.9 match stroke average and was the theam’s No. 1 golfer for all four years. The two-time Herald All-Scholastic is class president, member of the National Honor Society and a high honors student.

The senior captain has played four seasons at the varsity level. He averaged a 37.8 for 15 nine hole matches. The Lehigh-bound Quinn shot a 73 in Div. 1 Central sectionals which led to a team win and shot a 75 in the Div. 1 state title match in leading his team to a second-place finish. The National Honor Society member has a 4.26 GPA and has been on the Headmaster’s List.

The two-time Catholic Conference All Star averaged a 36.18 on the season with seven under par matches on the season. The Div. 1 South sectional champ had a bogey free round of 68 (3-under) while his team also placed third in Div. 1 states. The senior captain is a member of the National Honor Society and has received an honor roll every quarter of high school. He is verbally committed to play golf at the College of the Holy Cross in the fall.

The senior placed second in the Div. 1 state title match with an even-par 72. With a scoring average of 34.5, Smith also placed second in the Cape Cod High School Invitational with a 71. The multi-time Dual County League All Star won Div. 1 North sectionals in 2021. The four-time Herald All-Scholastic is an honor roll student who will play golf at the University of Central Florida in the fall.

The six-time South Shore League All-Star had a 37.2 scoring average on the season. The senior is a part of the National Honor Society and the student council. The three-year member of the varsity basketball program plans to attend a four-year university to study business.

PLAYER OF THE YEAR: Matt Weed