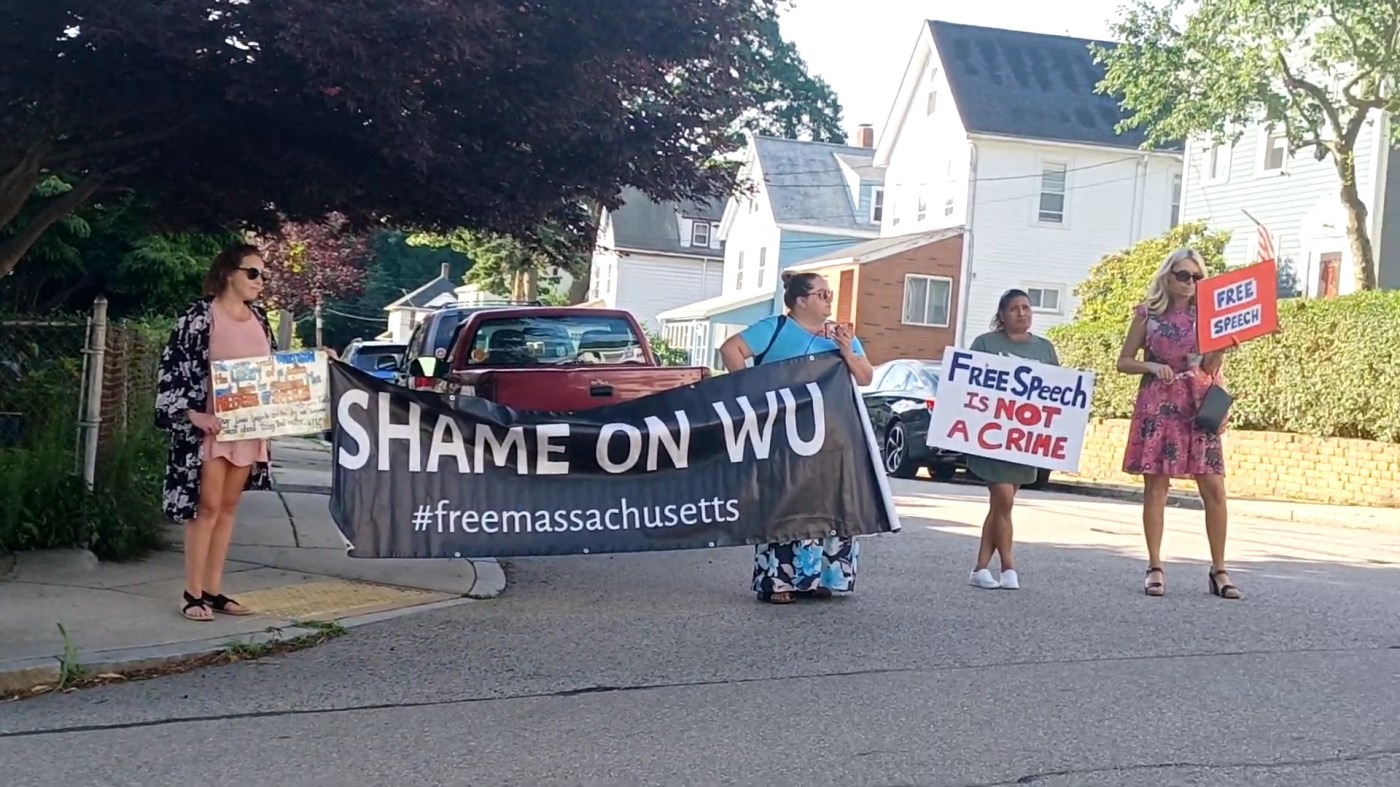 The first protester who was arrested outside Boston Mayor Michelle Wu’s home after the city passed an ordinance that restricts picketing a targeted residence was “wrongfully arrested,” according to a Boston judge.

Last week, the judge in the West Roxbury division of Boston Municipal Court dropped the charge against Shannon Llewellyn, who had been arrested by Boston police in April for demonstrating outside Wu’s Roslindale home during the banned picketing hours. Llewellyn was taken into custody outside the mayor’s home at around 7:45 a.m.

The ordinance requires the police officer to hand the protester a citation notice, giving the individual the option to have a hearing before the clerk magistrate.

“That was not an option given to you, and you were placed under arrest and charged in this matter,” the judge added. “I think you were wrongfully arrested and wrongfully charged as a result.”

Llewellyn should have only been handed a citation, the judge said as he dismissed the charge from the April incident. He also ordered that the charge get expunged from her record.

“Our argument is that the ordinance is unconstitutional,” Llewellyn’s attorney Ilya Feoktistov told the Herald. “But the key here is that the judge did acknowledge that this ordinance cannot be enforced with arrests, and that the arrests were wrongful.”

Wu earlier this year proposed the city ordinance, titled “An Ordinance Regarding Targeted Residential Picketing,” after protesters for months showed up outside the mayor’s home early in the morning and loudly picketed COVID-19 mandates.

The ordinance, which was approved 9-4 by the City Council, bans picketing a targeted residence between the hours of 9 p.m. and 9 a.m. and is enforced by fines — $50 for the first violation, $150 for the second violation and $300 for the third violation.

In a separate protesting incident in June outside Wu’s home, four people were arrested by police. The protesters — Llewellyn, Marie Brady, Danielle Mazzeo and Catherine Vitale — were arrested within the banned hours at 7:45 a.m.

Llewellyn banged on a metal pot and the whole group chanted “Shame on Wu” and “Free speech is not a crime,” according to a video of the incident.

Last week, the judge in West Roxbury court dismissed the charges against Brady and Mazzeo.

Llewellyn and Vitale will be back in court on Sept. 29 for a motion to dismiss the charges from that June incident.

The city of Boston did not respond to comment about the judge dismissing the ordinance charges.