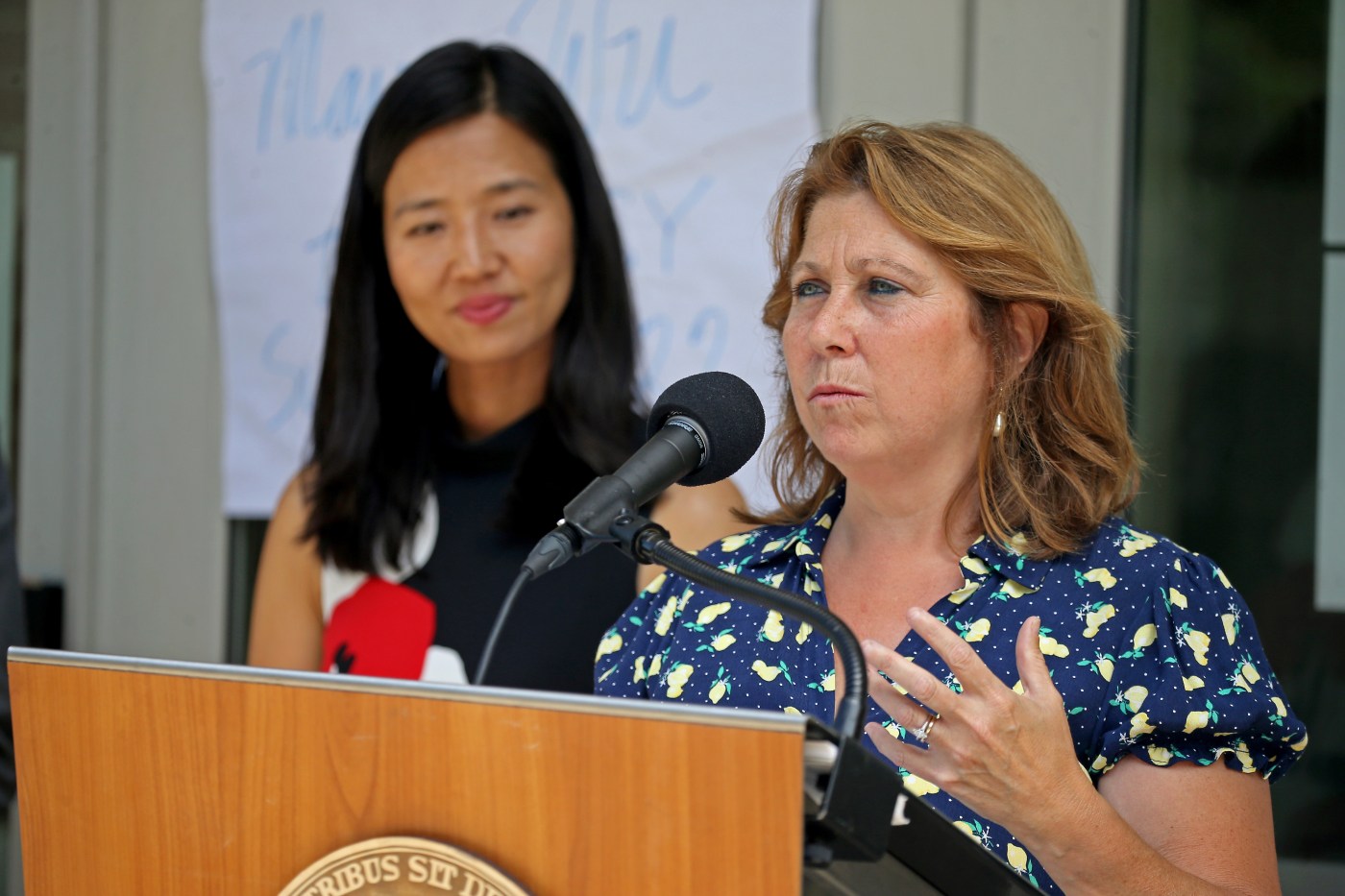 In her second public appearance since being chosen as Boston Public Schools’ new superintendent, Mary Skipper toured a summer program designed to give students skills, friendships and experiences they might otherwise never have.

Skipper and Mayor Michelle Wu stopped by the Mildred Avenue K-8 School in Mattapan to see the 5th Quarter Learning Program, a space for students to grow and learn critical skills throughout the season through interests across a wide spectrum, from horticulture to dance to language arts, fine arts and martial arts.

“This doesn’t happen in a silo,” Skipper said. “It’s happening because a lot of people come together. … Our students come to school today and are able to develop skills, friendships and have experiences that they might not have this school year.”

The city has invested $4 million in 200 summer programs, reaching nearly 17,000 students, all record numbers for the district, Wu said.

Valrie London’s 6-year-old grandson, Clayton Spence, was too shy to say what he thinks of the program, but London said simply, “He loves it.”

“Programs like these, blending, enrichment and education, are proven to boost student outcomes throughout the year and throughout our young people’s lives,” Wu said. “And these are critical to making sure that we hit our goals of being the most family-friendly city in America.”

Skipper and the mayor met with a group of first graders, second graders, fourth graders and sixth graders.

“We’ve heard the desire for a few more field trips,” Wu said. And there’s a little controversy about how much homework students should have, she said.

“There were mixed feelings about that in the room,” she said, “but overall, such excitement for what this means for our whole communities, where our young people are really lifted up as the leaders that we need to be investing in right now.”

At the Mildred Avenue School alone, there are 31 youth employment and enrichment summer job positions, part of the largest effort that Boston has had for summer opportunity.

“Most of all, I’m excited that the superintendent and I got to spend a little bit of time with our beneficiary, the actual young people participating in summer programs today,” Wu said.

Skipper, 55, of Dorchester, has been phasing out of her job as Somerville Public Schools superintendent since she was elected on June 29 by a 4-3 vote of the Boston School Committee over regional K-12 Superintendent Tommy Welch.

When she was introduced to the public the following day, Skipper said building trust with Boston will be her priority as the district’s new leader.

“We need every Boston school to be a place students run into,” she said at a press conference at TechBoston Academy, the Dorchester school she co-founded in 2002 and President Obama visited in 2011.