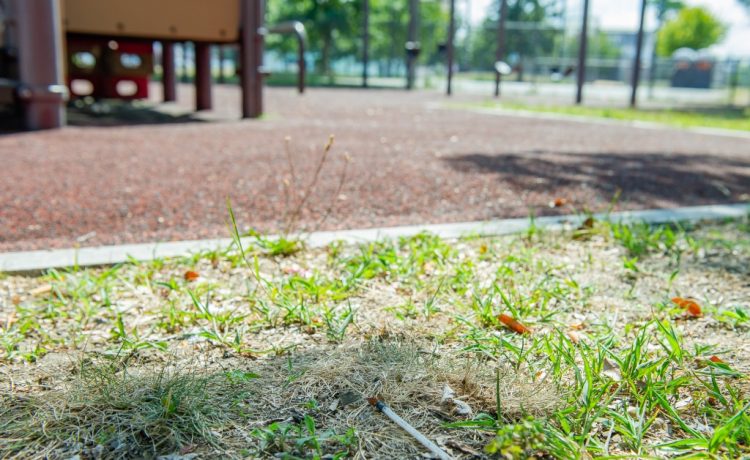 Officials are looking to reclaim long-troubled Clifford Park near Mass and Cass as needles, public sex and human feces push community members and youth sports teams away from one of the few public spaces in the area.

The park is just a few blocks from the heart of Mass and Cass, where crowds of people roam the streets, visibly buying, selling and using drugs. DaRosa said the same activity has spilled into the park.

The locals have called Clifford, with its yellowed grass and dusty ground stretching between Norfolk and Massachusetts avenues, “the prairie” for years. But, in an interview with Boston25 a few weeks ago, one parent instead called it “Crackhead Park.”

But for the drug users on the periphery of the park, the choice of drug is more often opioid by injection. Orange syringe caps and some needles litter areas of the park alongside tourniquets, cotton balls, wipes and saline solution for needle cleaning. Many of these come from kits distributed by area organizations trying to keep drug users from getting diseases as they shoot up.

Six families pulled kids from DaRosa’s program earlier in the week, he said, after people found needles on the ground nearby. And then there are the occasional folks openly “going at it like they’re filming a movie.”

“How you gonna use a play structure when a guy just finished having sex on the damn slide?” DaRosa asked rhetorically.

The city will increase cleaning efforts in the park, city Mass and Cass Community Response Coordinator Tania Del Rio told the Herald. The Wu administration is looking to put a designated staffer in the park by next week to address locals’ concerns over debris and “biohazards.”

“They have the right to this public park,” Del Rio said as she walked the park on a recent afternoon. “We agree with the neighborhood.”

She said the sharps and recovery teams come by regularly, as do police.

A visible cop car on a recent afternoon seemed to be little deterrent to one man who openly urinated on a fence on the other side of the park. Nor did it stop whoever had pooped against a different fence and left it there for DaRosa to angrily point out to a reporter.

Parks in this Roxbury area and others where there are large populations of people of color just “haven’t had the same resources,” said state Rep. Liz Miranda, who lives nearby and has been involved in Mass and Cass efforts.

“There is a vibrant community who lives around this park,” she said, adding that officials are working to convene something of a “public-private partnership” of local business owners, residents and the city and state in the next couple of weeks. “It’s not OK that kids in our neighborhood play in a park that’s substandard.”

City Councilor Frank Baker, who represents the area, said he and City Councilor Erin Murphy are planning a hearing on the Mass and Cass issue, with a focus of getting people with issues on the street involuntarily committed under the state’s Section 35 law. He said he wants the satellite courthouse that was briefly open at the nearby jail to re-open and process people quickly and get them into diversion programs.

“It’s unacceptable that we let the addicts in there to take over,” Baker said. “Parks are for positive things to happen.”