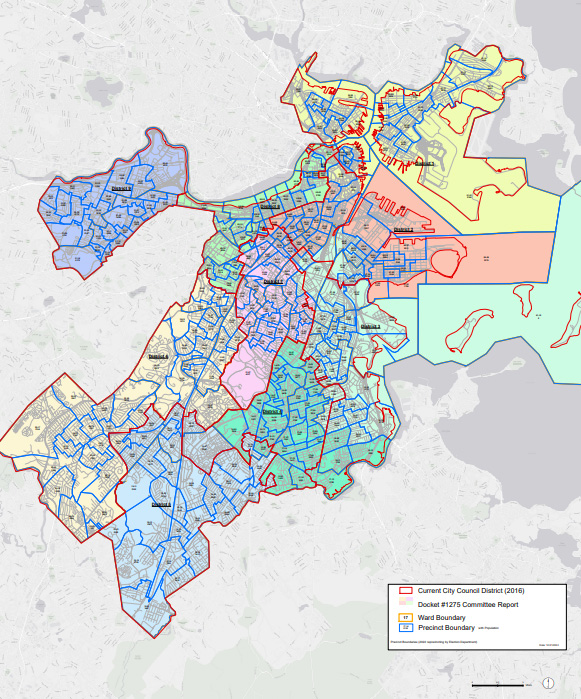 The redistricting “unity map” proposed by Councilors Ricardo Arroyo and Liz Breadon has been nothing short of a disaster. All that’s united here is a vendetta against Irish Catholic voters and everyone else who doesn’t agree with the progressive agenda.

Traditional and historic Irish Catholic parishes in Dorchester would be split apart under this map, and Black voters would be disenfranchised as a result of combining both groups in District 4. Redistricting, once a fantastic mechanism for ensuring that all Bostonians have districts and city councilors that represent their cultural and political demands, has fallen on hard times recently. It’s devolved to the point that it is being used as a Trojan horse by unsuccessful progressive candidates to gerrymander districts, penalize those who didn’t vote for them, and attempt to establish a one-party progressive government. Communities of all races and ethnicities are outraged by this – so much so that they took the matter to court.

The case is still pending.

The city council ultimately voted to approve the unity map with a 9-4 margin, despite the widespread outcry and ongoing court challenge.  The fate of the contentious map rested in Mayor Michelle Wu’s hands. This offered a fantastic chance for Wu to be a leader and provide a voice of reason amid the chaos.

She didn’t even have to sign nor veto the map. Wu could have waited until the court case was over and mined the concerns of the community before her decision.

Mayor Wu signed it into law – demonstrating that she is a willing participant in this fiasco. Nobody should be surprised. Wu has demonstrated that, unlike nearly all her predecessors, she is not willing or able to be a mayor who can move to the center of the political spectrum. Wu did poorly in her mayoral bid in Dorchester, as well as among Irish Catholic voters throughout the city, who favored her opponent.

The thought of sitting down with those who didn’t vote for her and finding common ground, which can go a long way for her political future, is hampered by Wu’s progressive blinders. She, like her colleagues, believes that most of her Dorchester and Irish Catholic constituents dislike her because of her race rather than her condescending attitude and disastrous policies. This map punishes constituents who do not vote the progressive party line. The fact that Wu is willing to go along with this map speaks volumes.

Democrats have been spreading the false notion that Republicans, and especially Trump voters, pose a threat to democracy because of their political preferences, which are their constitutionally protected rights as citizens. This ignores the very real threat by Democratic progressive activists and politicians who are trying to establish authoritarian rule under a single party without any opposition.

The map was not even created by Boston’s elected city councilors. Progressive activists who are not elected to office function as a shadow government. Those who disagree with them are labeled racists, and the concerns of people and religious leaders are ignored. The city council presented us with a disunity map that disenfranchises both Black and white voters, while simultaneously increasing its own pay.

This is a massive slap in the face for all Bostonians.