Todays Though > News > Brad Marchand gives Leafs their due
News

Brad Marchand gives Leafs their due 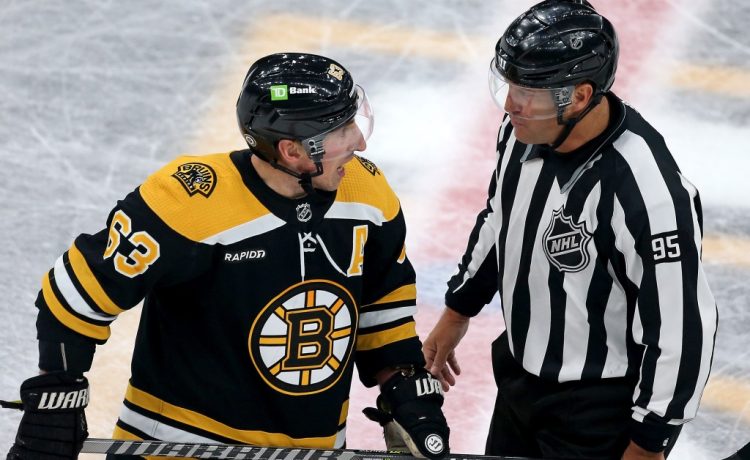 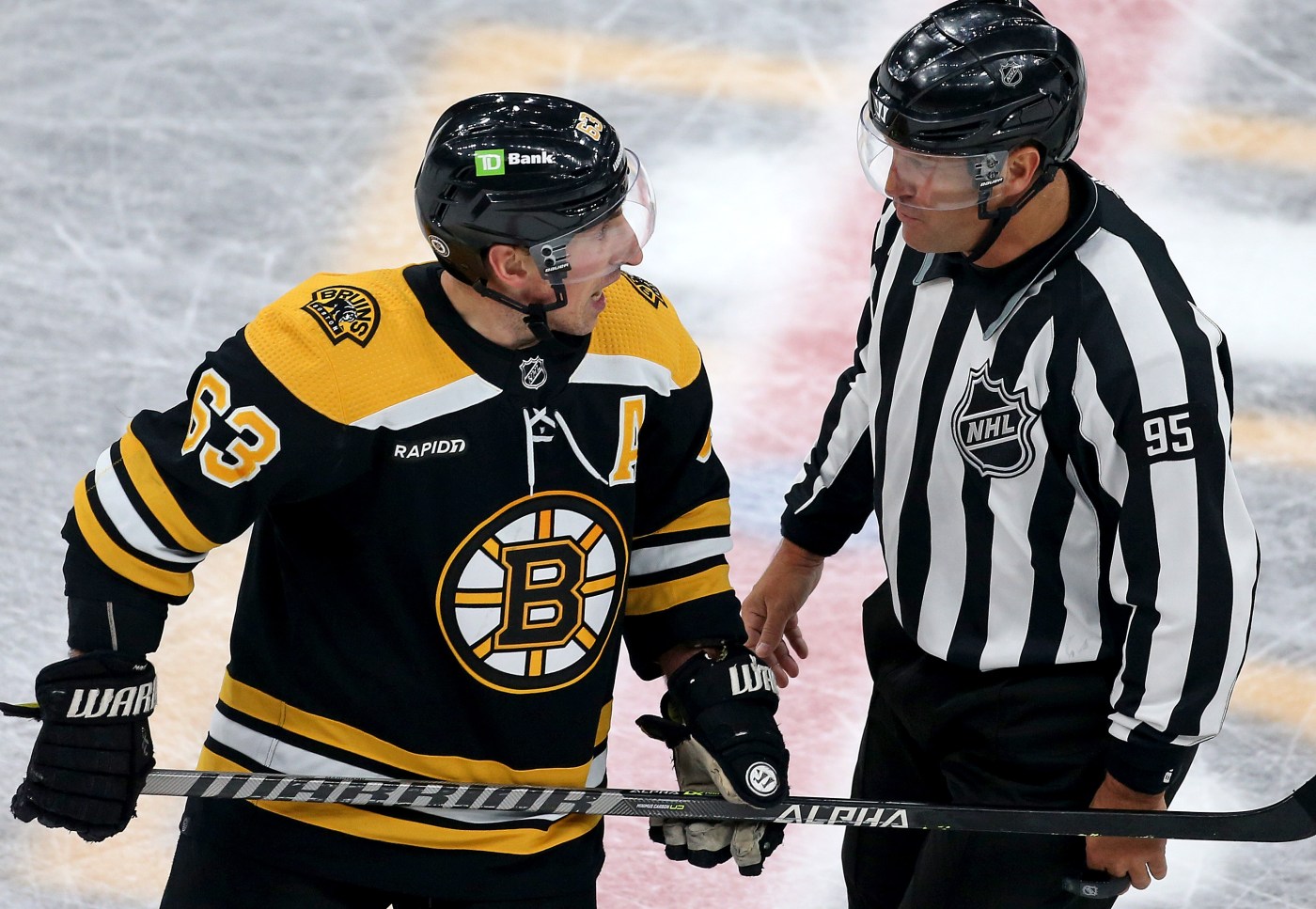 Bruins fans may have a false sense of security when it comes to the Toronto Maple Leafs. When your team goes three-for-three against them in playoff series over the past decade, and when the opposition takes an active part in their own demise like the Leafs have on those series, fans can get a little cocky.

Players cannot afford to be so blasé about a quality opponent like the Leafs.

Brad Marchand, a participant in all three series and one of the chief Leaf tormentors, gave the Leafs their due on Saturday morning before the two teams tangled at the Garden. When April comes around, Toronto will be looking for their playoff series win since 2004. Sooner or later, said Marchand, it’s going to happen.

“They’re so passionate up there and it’s been unfortunate for them just because they’ve had such a great team for so long and they just haven’t been able to get over that hump,” said Marchand. “But it’s a matter of time for them where they’re going to make a really good push and they’re going to go deep. They’re just too talented. And you can feel the passion every time you go into their building. But it’s exciting and makes it’s fun to play there. You want to play against competitive teams. I think with our group, we have a lot of competitive guys who want to win. To win and be the best, you have to beat the best. It makes it more fun to play against Toronto who are competitive and have star players that you want to go up against and you want to compete against and you want to beat them. It always makes it a lot of fun.”

While some of those Toronto teams that lost in the first round did so because they were short on defensive details, the Leafs improved their team defense over the years and added some more stout players on the back end like veteran Mark Giordano. The Leafs came to Boston ranked third in goals against average (2.60).

“They do a good job of swarming you in the D-zone, so they do take a lot of time and space away,” said Marchand. “Any time you have a team that’s offensive minded the way they are, they’re going to leave the zone and go for offense. They’re going to try to make the extra play in the D-zone where at times it can bit them. But (the Leafs) are so good offensively and their D join so well, that you have to respect that and it pulls the D out of the zone. It gives them time and space. They create a ton off of that, so you’ve got to respect that. But they’ve definitely gotten better over the last number of years. They’ve brought some D in that are much more defensively responsible, they’re harder to play against, they’re physical, a little bigger. So they’re definitely improving. They’re a legit contender this year. You say that the last few years and it hasn’t gone their way, but every year you go through adversity like they have, you learn a lot from it and they’ve done that. Their stars are another year older and stronger and better, so they’re a very dangerous team.”…

Taylor Hall went into the Leafs game in a goal drought. He hadn’t scored in 11 games and had just four assists in that time. Early on in the Seattle game on Thursday, Hall had his legs going and you could tell he was trying to make something happen, but it did not.

Coach Jim Montgomery said if he continues to play like that, production will come.

“I don’t see the frustration in him, personally, because when I talk to him, I talk about the details in the process that allow him to get chances,” said Montgomery. “I thought his game was good, he took a couple pucks hard to the net. When he’s doing that, he’s going to create goals for himself or rebound opportunities or it will draw penalties to get on the power play. So I was happy with where his game was at and if he keeps playing like that, the pucks are going to to go in. He’s too good.”

Because of some extenuating circumstances, Hall wasn’t overly concerned about his skid.

“I’d love to score goals and it’s been a while. It’s just ebbs and flows of the season,” said Hall. “I was kind of sick for about a week there, I didn’t have my legs, I didn’t have my jump and then you lose a little bit of confidence after going pointless for five games. I’ll be fine. There are too many good players to play with on this team so that you can break out of streaks. And playing on the first power play right now is a lot of fun, so I’m not too worried about it.”…

Speaking of the power play, the B’s have gotten only six of them in the four games prior to Saturday. Montgomery was asked if the lack of in-game practice concerned him that the PP, currently ranked third with a 28% success rate, would get out of rhythm.

“The thing that concerns me more is the fact that we’re not drawing penalties,” said Montgomery. “It’s a signal that you’re not driving pucks wide, you’re not going to hard areas. Usually refs call penalties that will equate to scoring chances. We need to do a better job of getting to the inside in the offensive zone, off the rush and in the offensive zone because that’s where you draw penalties.”…

Auston Matthews, who missed the last previous two Leafs games because of injury and illness, was cleared to play against the B’s….

Tomas Nosek, who’d been moved to wing for a game because of a minor injury that prevented him from taking faceoffs, was slotted back in the middle on Saturday.