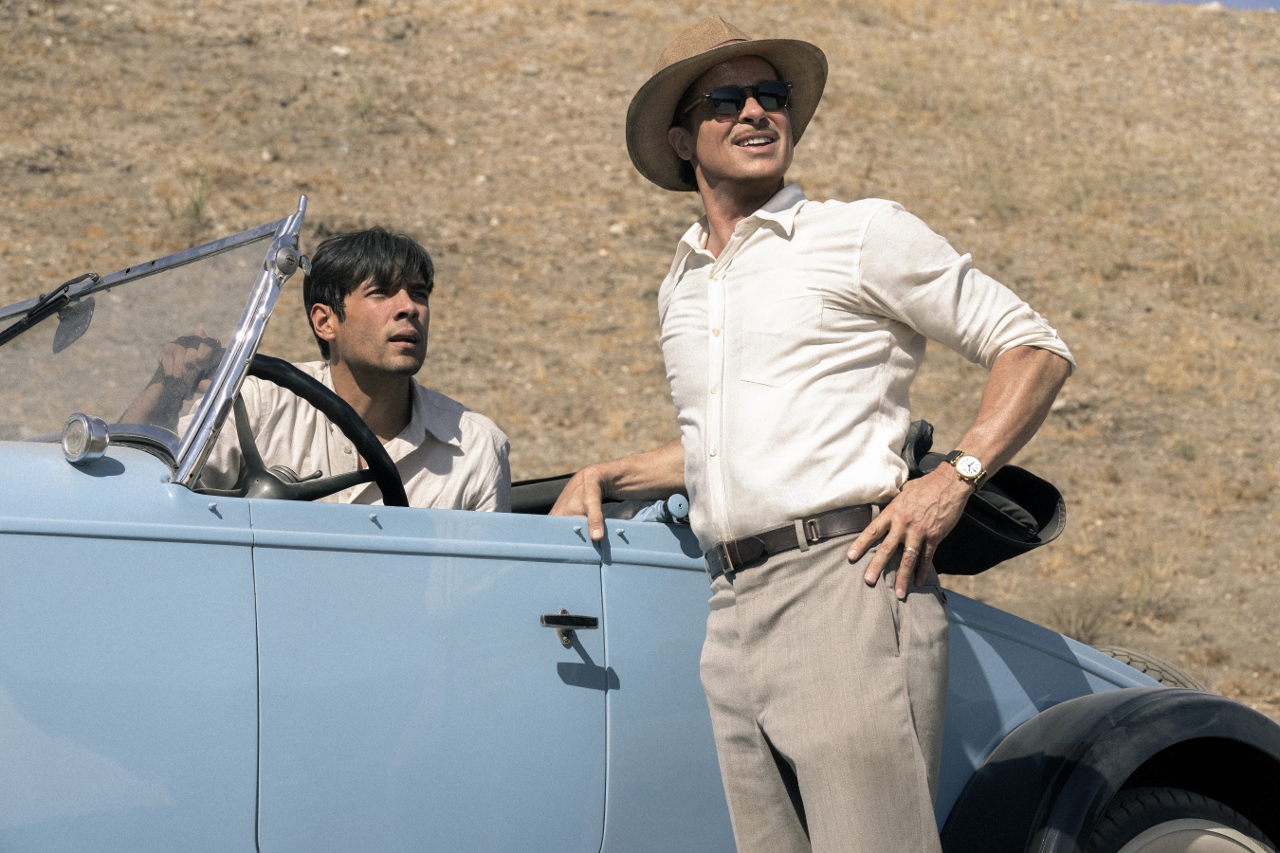 A Golden Globe nominee for his role as a silent film heartthrob in Friday’s “Babylon,’ Brad Pitt arrived on set for this 181-minute Valentine to yesteryear’s film pioneers with a knowledge and understanding of that long-gone era.

When he sat down with writer-director Damien Chazelle (“La La Land”), “We spoke about both John Gilbert and Rudolph Valentino,” Pitt, 58, said at a New York post-screening Q&A. “The truth is I was well-versed in the silent era.  Going back, I discovered John Gilbert was very charming, a lot of fun. But what I was studying was the performances; it’s just a different vernacular than we’re used to. The acting style isn’t what we’re used to.”

Pitt plays smooth, likeable movie star Jack Conrad who is a movie star mostly because he looks like one. He’s a full-blown alcoholic threatened by the trauma of making a transition to sound films.

That aspect of Jack Conrad is directly modeled on Gilbert, who intrigued moviegoers with his grand love affair with the Swedish star Greta Garbo. A self-destructive alcoholic, Gilbert died of a heart attack at 38.  As one of the silents’ towering romantic titans he was rivaled only by Valentino aka The Great Lover. Valentino’s is the other DNA writer-director Damien Chazelle mixed to create Jack Conrad.  Valentino became a national obsession with his tango, his onscreen seduction and his image as The Sheik.  He died prematurely in 1926 at 31, prompting mass hysteria.

Chazelle also referenced yet another Hollywood casualty in creating Conrad: Wallace Reid, an earlier matinee idol known as “the screen’s most perfect lover.”  Injured in a car accident in 1919, he was given morphine and quickly became hooked.  Reid’s boy next door image was destroyed when, just 31, he died in 1923 in a sanitarium was while trying to get clean.

The other silent figure Chazelle references is Anna May Wong, a rare Asian-American star of silents and sound (“Shanghai Express,” “Daughter of Shanghai”).  The US Mint has named Anna May Wong as the first Asian American to be on US coinage: Her face is one the reverse side of the quarter.
Chinese-American actress Li Jun Li plays Lady Fay Zhu, based on Wong. She had, she recalled, “A three-day master class with Damien primarily about Anna May Wong.  He told me of how she went through a life of discrimination even though she was American born. She was always cast as the crude stereotypes. There wasn’t a single role in the films where she wasn’t killed in a brutal manner, and she was never cast as a leading lady because the laws were passed against interracial kissing.”