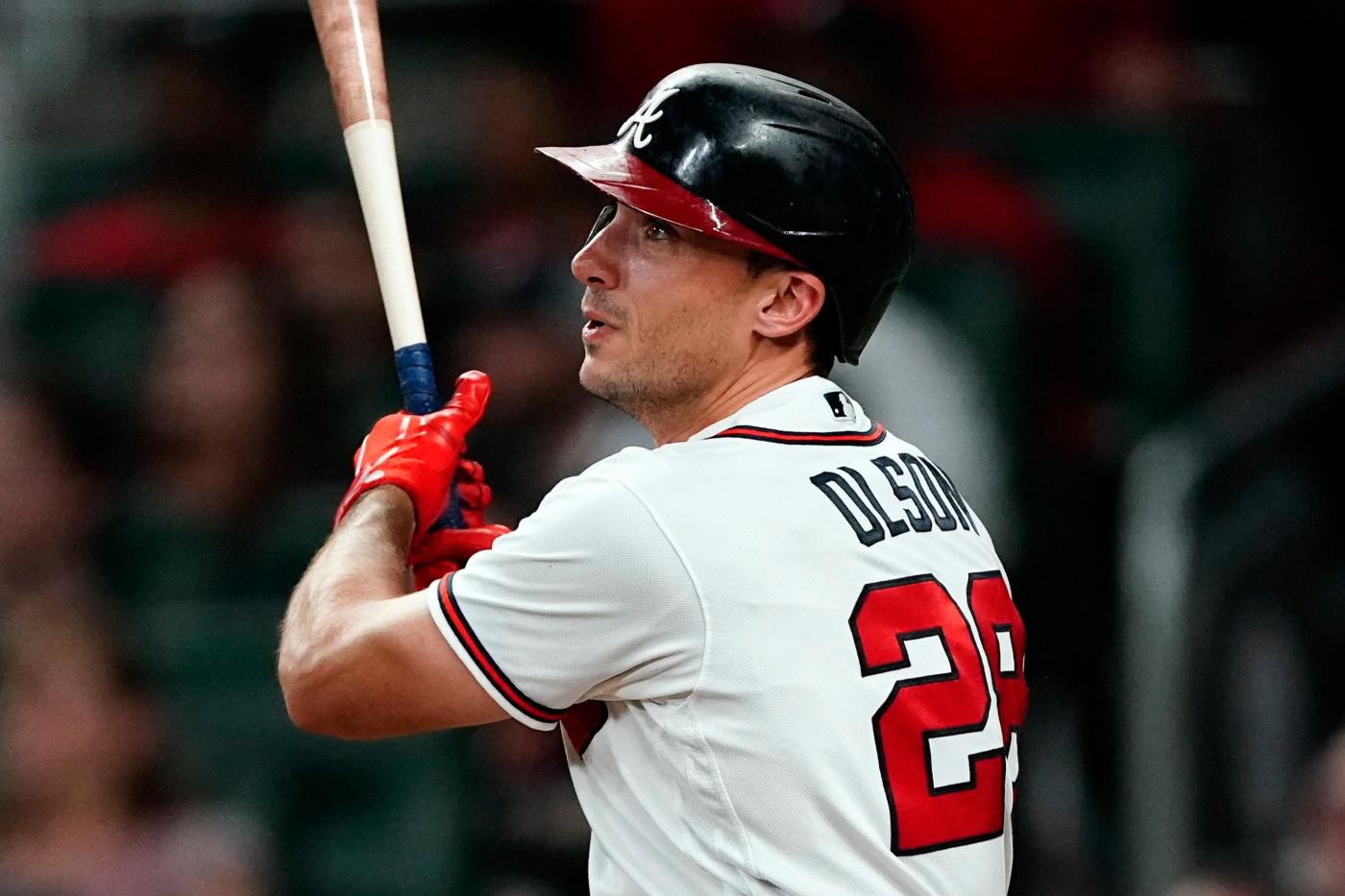 ATLANTA – The Mets learned the hard way that it pays to have pop.

The Braves relied on their home-run strength to dig themselves out of a hole. Matt Olson delivered the first big blow, a two-run shot against David Peterson in the sixth inning that erased the Amazin’s one-run lead. Then Adam Duvall took Seth Lugo deep in the seventh for another two-run dinger to bury the Mets once and for all in their 4-1 loss to the Braves on Tuesday night at Truist Park.

Atlanta leads the National League with 136 home runs this season, and it’s not particularly close. The Brewers have the second-most home runs in the NL with 119. The Mets? We’ve known since the outset this year that their lineup, sans Pete Alonso, does not include much power. Their 86 homers rank 11th in the NL.

The Mets (54-34) have relied on other approaches to compile the fifth-most runs (414) in MLB. One such strategy was on display Tuesday, when they ousted an impressive newcomer from his start sooner than Atlanta would’ve liked.

For the second straight night, the Mets chased the opposing starter from his outing early. Max Fried managed five innings on Monday, and Spencer Strider lasted just 4.2 innings on Tuesday. The Mets offense, a disenchanting unit without Jeff McNeil (paternity leave) and Starling Marte (groin discomfort), stuck to its game plan of being patient and picky at the plate.

Strider (4-2, 2.56 ERA) entered Tuesday having held opponents to a .168 batting average and .241 slugging percentage across 65.2 innings. The Mets knew runs wouldn’t come easy against Atlanta’s rookie reliever turned dominant starter. But they hung in there and tried the same approach that was successful in the series opener.

By the end of the third inning, the Mets had just two hits off Strider but they’d worked his pitch count up to 61. The 23-year-old was clearly gassed by the fifth inning, when he walked Brandon Nimmo on five pitches. Then, on Strider’s 100th pitch of the night, Francisco Lindor ripped an RBI triple to right field, easily scoring the hustling Nimmo and giving the Mets a 1-0 lead. Strider had allowed three hits combined over his last three starts. On Tuesday, he gave up five hits to the Mets.

But the Braves gave the Amazin’s a taste of their own medicine. Just like Strider, southpaw David Peterson was excellent all night against Atlanta’s lethal lineup. He struck out nine and entered the sixth inning having retired 13 of his last 14 batters.

But his 105th pitch of the night burned him. Olson jumped on Peterson’s high fastball and sent it into the vegetation at the center field batter’s eye. Peterson allowed just two hits to Atlanta across his 5.1-inning outing. He was excellent in his 12th start of the year.

Chris Bassitt will attempt to right the ship in Wednesday’s series finale against Charlie Morton. With Tuesday’s win, the Braves again pulled within 1.5 games of the Mets in the tight NL East race.