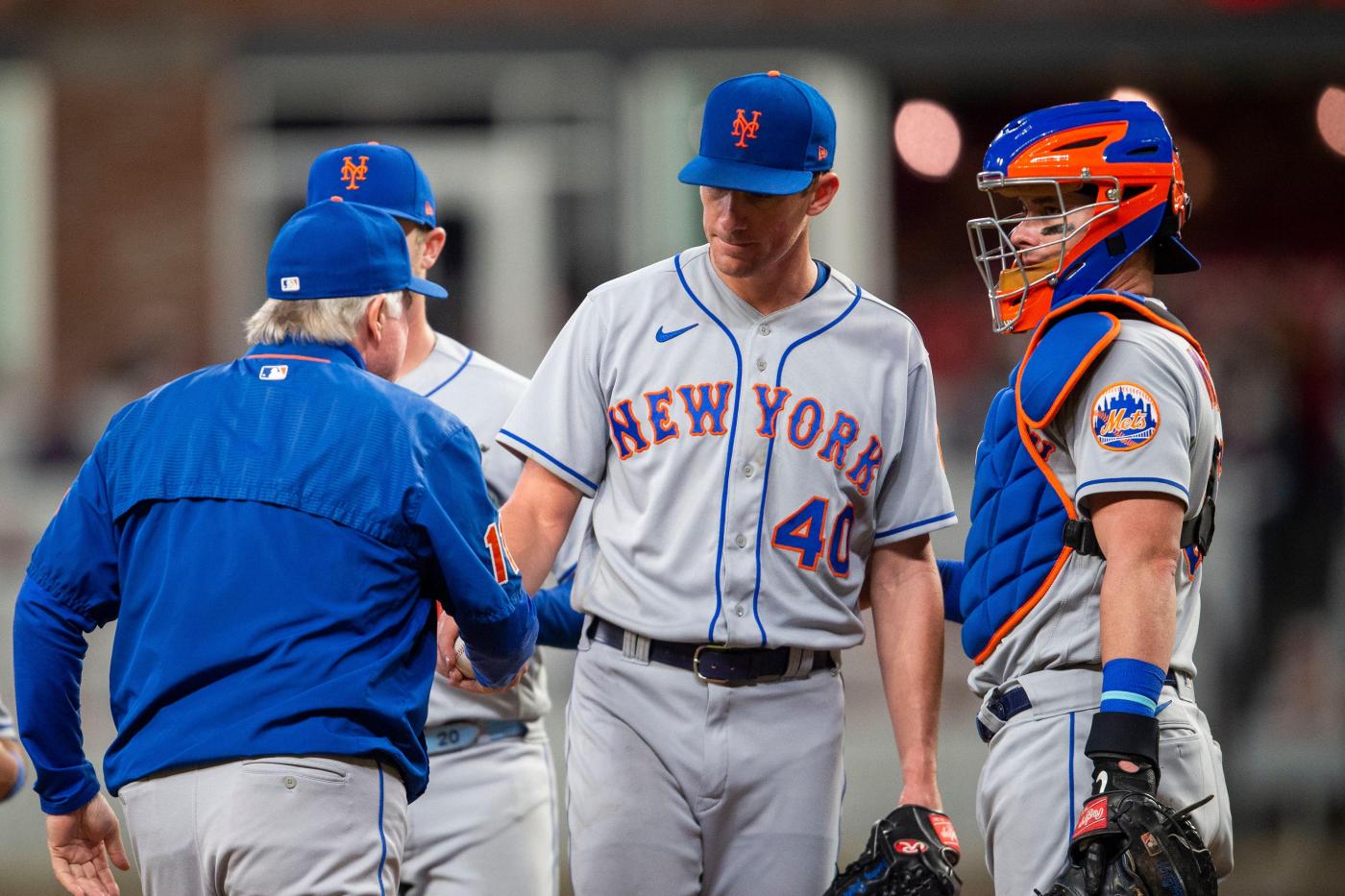 ATLANTA — It was the biggest moment of the season and the Mets failed to meet it.

When the Mets landed in Atlanta, they had a one-game lead on the Braves in the NL East. They left two games back after a sweep at the hands of their division rivals, and Atlanta now owns the season tiebreaker. They fell 5-3 on Sunday night in the series finale at Truist Park, capping a disappointing weekend that may have sealed their fate as a wild card team.

If this was a litmus test to see how the Mets (98-61) stack up next to the defending World Series champs in crunch time, then it’s clear that this squad isn’t there yet. They were outplayed in nearly every facet of the game. They had three aces lined up — two of which are some of the best big-game pitchers on the planet — and they failed the test against the Braves (100-59).

“They pitched a little bit better than we did and they swung the bats a little bit better than we did. We had trouble keeping the ball in the ballpark, but that’s been the case with (the Braves) all year,” manager Buck Showalter said. “They beat us one more time than we beat them this year. Our guys are having a good year but it didn’t work for us the last three games.”

Jacob deGrom, Max Scherzer and Chris Bassitt combined for 11 earned runs over 14 1/3 innings. These are the types of games these pitchers were born for, and they couldn’t come through.

But it’s not that simple. Atlanta’s lineup is one of the best and deepest in baseball. Dansby Swanson and Matt Olson hit home runs in all three games of the series, with Swanson taking all three starters deep.

“I threw a 3-2 pitch middle-middle and he hit,” Bassitt said of the home-run pitch he threw Swanson in the first inning. “A world-class hitter that just put a good swing on a really bad pitch.”

The Mets, on the other hand, scored only seven runs over 27 innings. That’s not enough for any pitcher, let alone elite ones like deGrom and Scherzer. Much has been made about how the Braves are homer-heavy and the Mets manufacture runs, but they didn’t manufacture many.

That point was underscored in the third inning when they scored two runs and stranded two runners. The Mets put nine runners on over the first three innings, driving up Charlie Morton’s pitch count. But they plated only three of them.

Daniel Vogelbach homered off Morton to lead off the second inning and tie the game at 1-1. Jeff McNeil, who is chasing former Braves and current Los Angeles Dodgers first baseman Freddie Freeman for the batting title, led off the third with one of his own. Morton then gave up three straight singles to score Pete Alonso. The bottom of the order went down in order and the Mets came away with only a one-run lead.

Former Mets catcher Travis d’Arnaud blew the game open in the bottom of the inning with a two-run single off of Bassitt. Olson’s third homer of the game came off Seth Lugo in the sixth.

Bassitt (15-9) was shaky from the start and lasted just 2 2/3 innings, giving up four earned runs on three hits, walking three and hitting one. Bassitt, somewhat uncharacteristically, couldn’t find his command.

“I kept waiting for him to fall in step,” Showalter said. “Chris has done that some nights, misses pitches then he’s kind of off and running. Kind of what their guy did — he made an adjustment and got a little deeper in the game. But Chris has been one of our best pitchers and didn’t have it tonight.”

Some of the Mets’ biggest hitters failed to come through during the series, including Francisco Lindor, who went just 2-for-13 on the weekend and struck out with the bases loaded in the third.

“I didn’t make the adjustments quick enough,” Lindor said. “They pitched well and I’ve got to give a lot of the credit to the pitching staff who executed. I didn’t have the series that I wanted to have. That’s motivation to be better. I just need to be better.”

The Mets are desperately clinging to a positive attitude and an opportunity to redeem themselves against the Washington Nationals at home this week. Showalter also said they’re eager to make another team pay. They could get a chance to do that to the Braves later in October since there is still a chance these two teams meet, though it likely wouldn’t be until the NLCS.

To get there, they’ll have to be playing much better baseball than this.

“Tip your hat to Atlanta,” Showalter said. “And hope you get a chance to play ‘em again.”