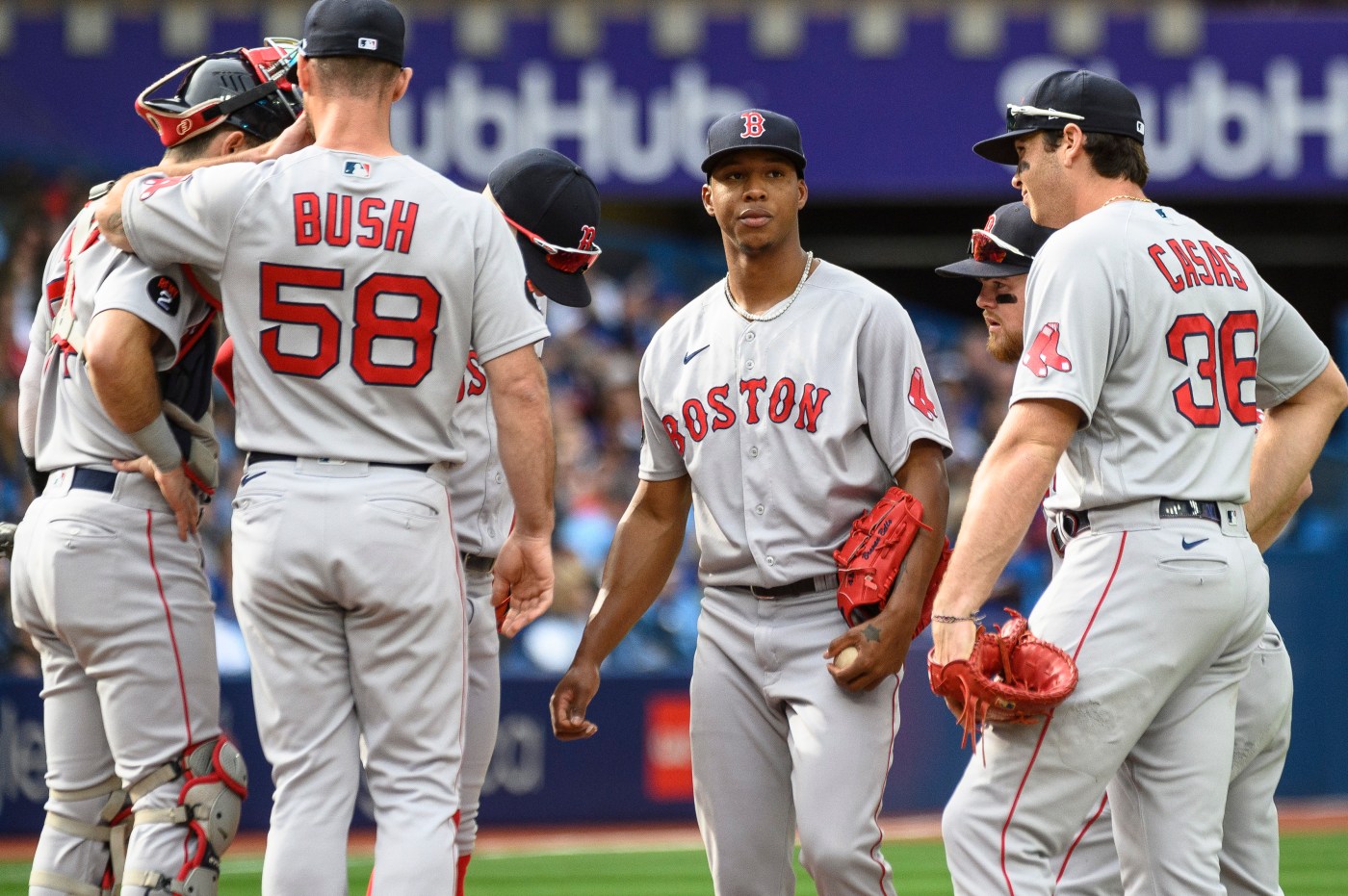 When Alex Cora told reporters in Toronto on Saturday that he thinks the Red Sox will be picked to finish last in the division again next year, he might’ve accidentally foreshadowed what came next.

Outclassed in every facet of the game, the Sox were steamrolled in a 10-0 loss at the Rogers Centre.

It was the second consecutive game in which the Sox were shutout, as they’ve been outscored 19-0 thus far in the series.

They’ve now gone 3-15 against the Blue Jays with one game left to play in the season series. The 15 losses to Toronto are tied for the Sox’ most-ever against an opponent in a season (the ‘73 Tigers and ‘19 Yankees also had 15 wins against the Red Sox) while the Jays have one game left to embarrass the Sox on Sunday.

Cora’s comments might’ve been considered fuel to get his team going, but instead led directly to Brayan Bello’s worst start since July 24 and another lifeless performance by the Sox dead-as-a-doornail lineup.

Bello’s final start of the year could’ve been an opportunity for his team to feel a sliver of hope. Instead, he was all over the place with his command and was knocked around the park by one of the game’s best offenses.

The Jays pushed their first run across in the second inning on a wild pitch by Bello, who spiked a fastball in the dirt. It was a sign of things to come as the rookie right-hander threw just 52 strikes on 87 pitches and rarely looked in control of an at-bat.

The Red Sox have been hopeful about Bello’s progress, particularly with the development of his slider, but his focus on throwing that breaking ball seemed to take away effectiveness from his other-worldly changeup.

Bello tossed 27 sliders and just 14 changeups, an unusual pitch mix for someone who has generated nearly a 50% whiff rate on the changeup, making it one of the best pitches in the league since he made his debut in early July.

And while the breaking ball could eventually give Bello another look to play off his high-90s sinker and disappearing changeup, Bello looked his age on Saturday afternoon.

This wasn’t one of those days where Bello was killed by infield singles. Instead, the Jays took advanteage of his erratic command and roped the ball all over the park, collecting five hits that were at least 100 mph off the bat.

The Jays scored two in the second, two in the third and could’ve added significantly more in the fourth inning, when they loaded the bases with only one out, but Bello induced an inning-ending double play to end the threat and wrap up his day.

He allowed four runs, his most since July 24, and 10 hits, the most of his young career.

After a remarkable September in which the 23-year-old had a 1.65 ERA with 27 strikeouts in 27 1/3 innings over five starts, Bello’s disappointing finish put a damper on his season line.

He’ll end his rookie season with a 4.71 ERA and 55 strikeouts with 27 walks in 57 1/3 innings. By passing 50 innings, Bello will no longer be eligible for rookie status next year, which is significant given MLB’s new rules, which grant draft picks to teams who start the year with rookies on their roster if the player finishes in the top-three of Rookie of the Year voting.

Fellow rookie Zack Kelly was knocked around for three runs on two homers in an inning of work, and another rookie, Josh Winckowski, allowed three runs in three innings to finish the disastrous day by Red Sox pitchers.

Sunday’s finale will feature Michael Wacha, making his final start of the season before the Sox have to decide if they’ll make him a one-year qualifying offer, against Kevin Gausman, who has shoved against the Sox all year.

It could also be the last road game by Xander Bogaerts, who could be playing in his final games with the Red Sox before he’s eligible for free agency this winter.