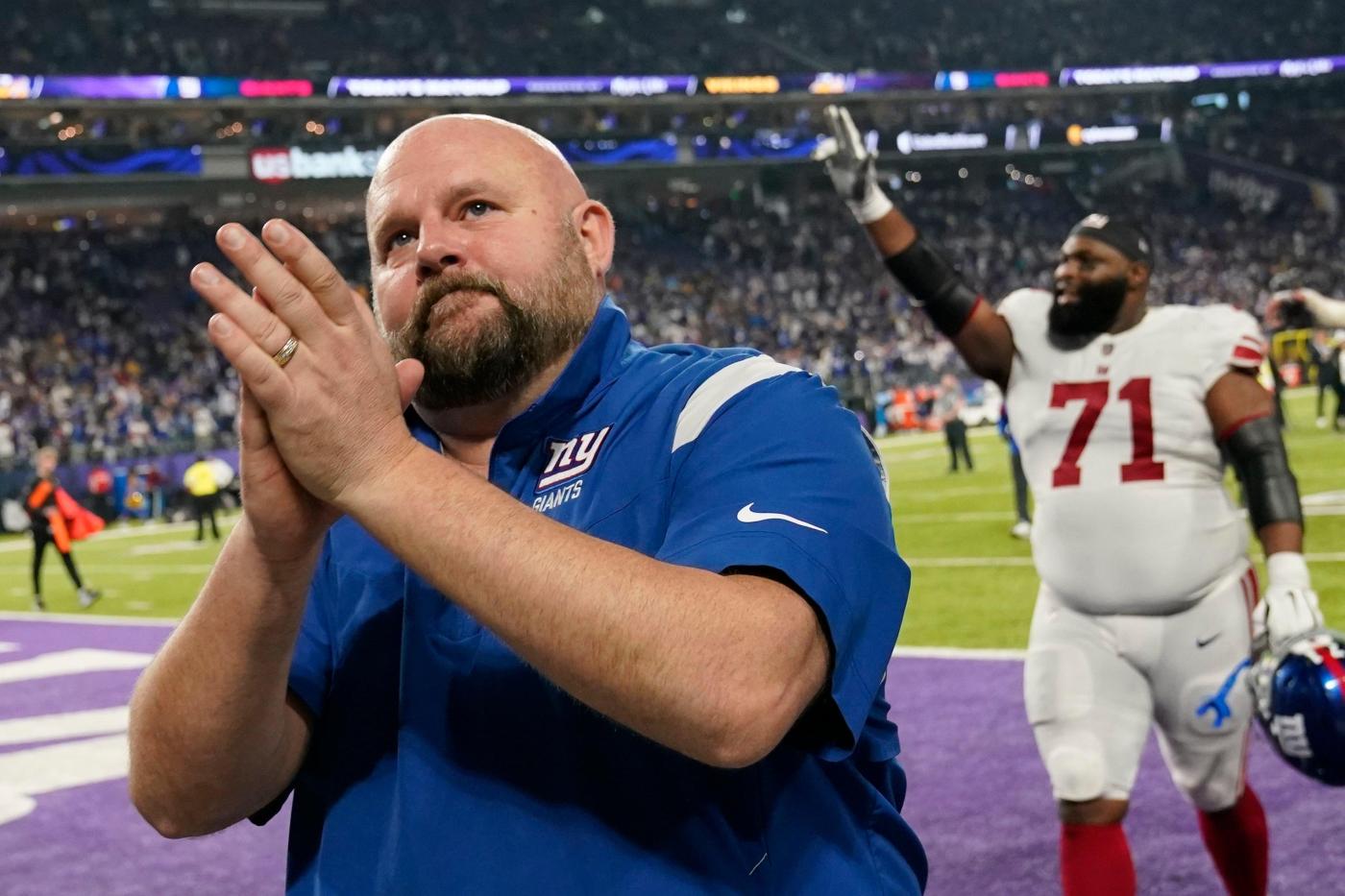 This game on Saturday night in Philadelphia for the Giants, one that feels as big as any game they have ever played at this time of year short of a Super Bowl because of everything that has happened over the past 10 years, is the chance for them to turn what has become such a good story around here into a great story. At the same time, it is their chance to show that when they do start winning postseason games, sometimes they don’t stop until they’ve made it all the way to another Super Bowl, as if that’s still part of the team’s permanent football DNA.

It was on Jan. 13 of 2008, at old Texas Stadium, when the Giants went on the road in their second round game and played a Cowboys team that had won the NFC East that year the way the Eagles did this year, and only lost three games along the way, same as these Eagles. But the Giants kept the ball away from them in the second half and beat them, and you know what happened after that in the championship game at Lambeau Field on the night when it was 20 below, and then in Glendale, Ariz., against the unbeaten Patriots.

Four years later they were back at Lambeau, in another second-round game, against Aaron Rodgers and a Packers team that had gone 15-1 that year. Underdogs again, the way they will be when they show up in Philly on Saturday night. On the road again. But Eli threw up a Hail Mary to Hakeem Nicks at the end of the first half and the Giants scored and the Packers never recovered. And the Giants were on their way to beating the Patriots. Again. And winning it all. Again.

Now here they are, trying to start a run that would be even more improbable than the others, because of where they’ve been over the past decade, all the stumblebum losing they did. Here they are with a game like this, in another January, one far removed from Tom Coughlin and Eli Manning; here because of a coach named Brian Daboll who showed up and changed everything the way Pat Riley did over 30 years ago with the Knicks.

You simply cannot talk about how these Giants got here, made their way to a Saturday night like this in the playoffs, without talking about the day when it really began, Daboll’s first day as a head coach in the National Football League, when he pushed all of his chips to the center of the table and went for two at the end against the Titans, and watched his team pay off on that bet. It was just the first game of the season, but it felt like more. The Giants were 1-0 instead of 0-1. Before long they were 6-1. They were off.

This year wasn’t like just about all the other years since the last Super Bowl. Daboll wasn’t Ben McAdoo or Pat Shurmur or Joe Judge. His Giants were different, and that means vastly different, from theirs.

“[Daboll] won the town over in one day,” Ernie Accorsi, the great former Giants GM, the one who made the draft day trade for Eli, was saying on Thursday morning.

Then Ernie said something he has been saying across his whole long and honorable football career:

After that Ernie, who knew how badly the Giants needed a championship quarterback after watching the way the Ravens lit up Kerry Collins in Super Bowl XXXV, was talking about the way Daboll has brought along Daniel Jones, to the point where last weekend Jones played as well as any quarterback still playing, Josh Allen or Trevor Lawrence or Dak Prescott or anybody.

“[Daboll] didn’t throw the kid to the wolves in September and October,” Ernie said. “If [Jones] was in trouble, especially early, he ran it. He realized there was no disgrace in throwing it away on third-and-14. The coach handled him impeccably.”

It hasn’t just been the head coach, of course, because it never is. Daboll was confident enough in his own ability to bring in a tough old defensive coach like Wink Martindale, not just bring him in but turn him loose the way Mike Ditka once did with Rex Ryan’s dad, Buddy, with the old Bears. At a time when defenses seemed to want to go smaller and faster, the new general manager, Joe Schoen, allowed Daboll and Martindale to go big.

Saquon Barkley, healthy again, justified the belief the former general manager Dave Gettleman had in him. Jones justified the same belief from Gettleman, and put me down as saying I never thought Jones would be this good. Jones changed my mind, as his team was changing the minds of just about everybody coming on this way, and coming back this way from all those dreary, losing seasons.

But Accorsi, who had Bill Belichick in Cleveland when Belichick first became a head coach, who was part of the process that ended up with Coughlin getting the Giants job, kept going back to Daboll.

“You hear a lot about culture change in sports,” Ernie said. “A great coach can change the culture with his first team meeting. After [Vince] Lombardi’s first team meeting with the old Packers, Bart Starr called his wife and said, ‘We’re gonna win, honey.”