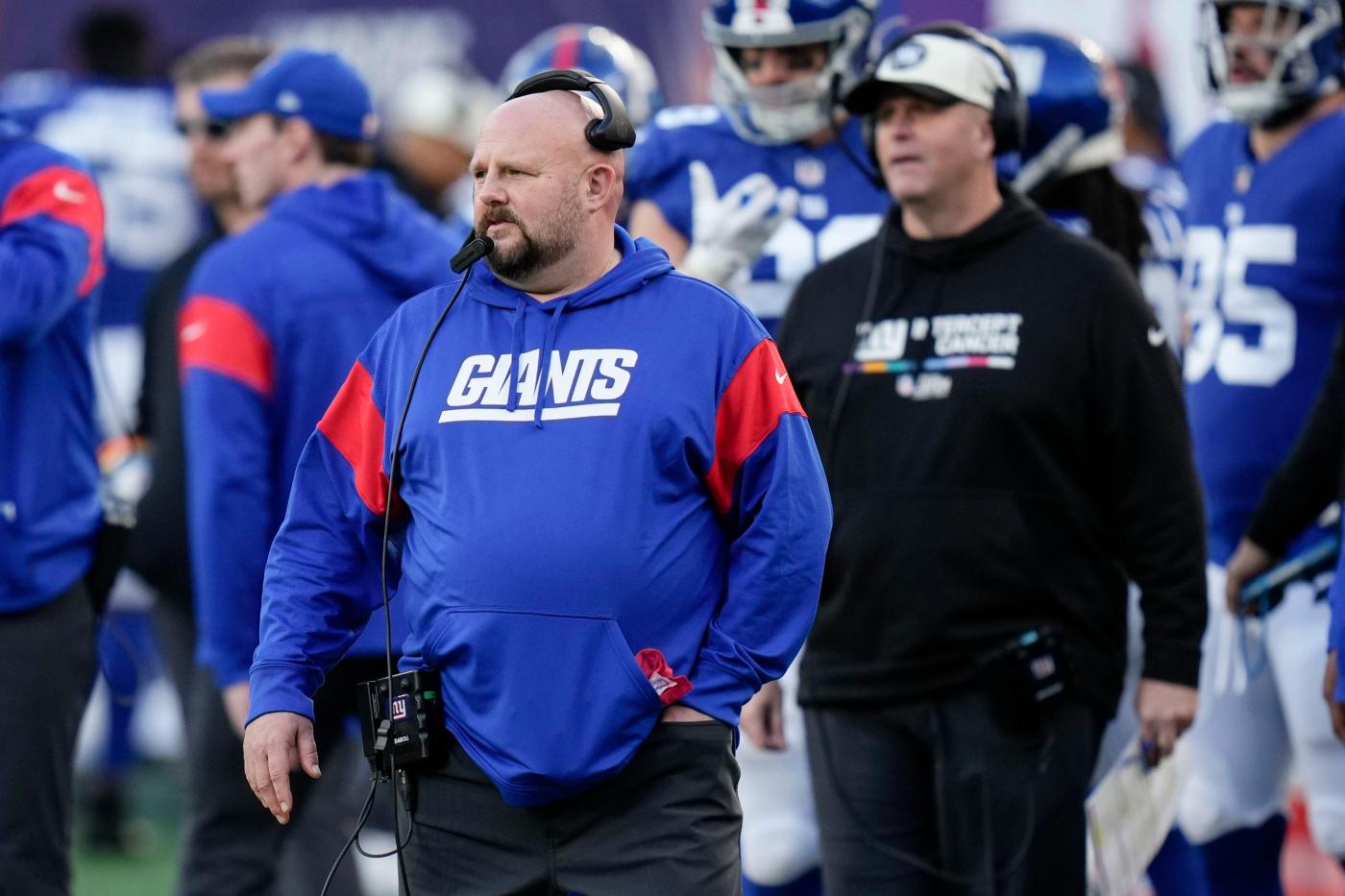 Tom Coughlin famously played his Giants starters with a playoff berth clinched in 2007 and gave the undefeated New England Patriots hell in a 38-35 Week 17 defeat.

The rest is history.

But that was then and this is now, Brian Daboll said Monday.

The Giants’ first-year coach sounds like he will rest several key starters with the NFC’s No. 6 seed already clinched in Sunday’s 4:25 p.m. regular season finale at the Philadelphia Eagles’ Lincoln Financial Field.

“I think every situation is different,” Daboll said on Zoom. “That’s a pretty unique circumstance that year, [given] the [15-0] record that the Patriots had. And every year’s different. So what happened in 2007 doesn’t really have any effect on what’s happening in 2023 for the decisions that we need to make. We’ll do what we think is best for the team and sit down and have conversations.”

The only other way Philly can seal the top spot is if the Dallas Cowboys and San Francisco 49ers both lose their season finales to the Washington Commanders and Arizona Cardinals, respectively.

So starting quarterback Jalen Hurts is expected to play after missing the last two games with a shoulder injury. And the Eagles are 14-point favorites, per BetOnline.ag.

That’s partially due to their 48-22 Week 14 blowout of the Giants in New Jersey, but also it’s clearly related to the expectation that the Giants will rest their best.

It would make a lot of sense if players like Daniel Jones, Saquon Barkley, Andrew Thomas, Leonard Williams and Dexter Lawrence, just to name a handful, sat this one out, although Daboll said he and GM Joe Schoen have made no decisions yet.

Williams is the most obvious player who will sit. He’s been playing through a painful neck injury that has knocked him out of games on a weekly basis, only to see him return the following Sunday.

The Giants (9-6-1) will need him as healthy as possible for their Wild Card playoff game against either the Minnesota Vikings or 49ers. It will most likely be Minnesota. The only way the Giants can play San Fran is if the Niners lose to the Cardinals on Sunday.

“We’ve got to do what’s best for our team,” Daboll reiterated. He said people really only judge the “right” way to handle a situation like this after seeing the results.

“It’s only right if it works, right?” he said. “You go out there and lay an egg, it’s the wrong decision. You win, it’s the right decision.”

A tricky part of this decision, obviously, is that the Giants hate the Eagles. Philly has owned the rivalry. A Giants win would severely damage Philadelphia’s Super Bowl chances.

And the Eagles just kept the Giants out of the playoffs two years ago by laying down against Washington in their 2020 season finale.

Daboll said he wouldn’t consider that, however, when deciding Sunday’s lineup.

“No,” he said. “I just try to consider what we think is best for our team. That’s what we’ll always consider.”