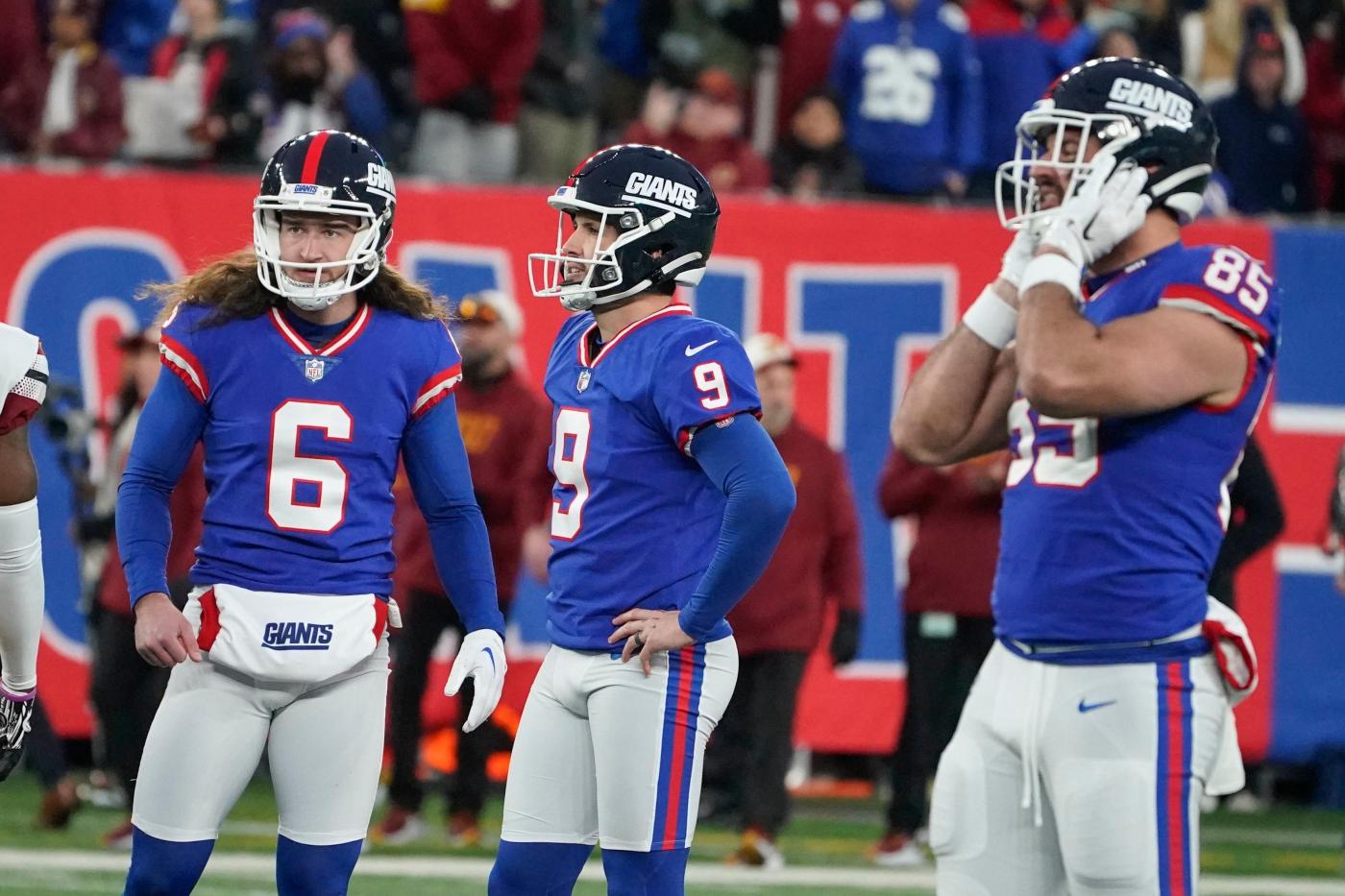 The most frustrating part of the Giants’ 20-20 tie with the Commanders on Sunday was that Brian Daboll seemed to be coaching for one.

Neither teams’ players were pleased with this result at MetLife Stadium. The Giants’ Saquon Barkley said the Giants’ first tie since 1997 “feels like a loss.” Washington’s Brian Robinson Jr. said “we don’t feel like we won the game.”

They might even have the same record entering that game, since Washington has a bye next week and the first place Philadelphia Eagles (11-1) are coming to New Jersey. The Giants have won only once in their last five games (1-3-1).

But the most concerning part for the Giants has to be that Daboll — who galvanized this team in Week 1 with a gutsy two-point conversion call for the win at Tennessee — clammed up in a conservative shell in his first December game as an NFL head coach.

On 4th and 3 at the Washington 45-yard line with 1:42 remaining in overtime, Daboll didn’t go for it. He took a delay of game and punted. And he cited the time of year and the stakes of the game as his reason why.

“Well, I think it’s later in the season,” he said. “And I think you have those conversations leading up to games about a wide variety of things that could happen, could not happen.”

Daboll was well aware his decision would be second-guessed. Even though the first question of Daboll’s press conference was about his feelings on ties, the first-year coach immediately launched into a defense of his overtime fourth down call.

“Yeah, you know, we punted it there, tried to back them up,” he said. “[We were] trying to get another possession there. There was a conversation [about whether] to go for it versus not go for it. We had two timeouts. You go for it and miss it with a short field, they go get a win against a division team. So that’s what we decided to do.”

He intimated that the previous play’s backfield collision between Barkley and Richie James, which resulted in an ugly 1-yard Jones loss, might have impacted his choice.

“Would it have been different if it was 4th and 1 vs. 4th and 3? Potentially,” Daboll said. “So I think those things come into play. But at 4th and 3 there after the play we just had before that and two timeouts, I thought that was the best thing to do.”

The Giants’ players did not publicly disagree with Daboll’s decision, outside of Barkley saying players always want one more chance.

“As a competitor, you want to go out there and make those plays,” Barkley said. “But at the end of the day, Dabes is gonna make the decision to put us in the best case to win a game. He’s done a really good job of that all year, and we’re not gonna start questioning that.”

Daniel Jones said: “Our coaches and he’s got a group of people who study those situations and make the best decision for us and the game situation. I understand that. We had a chance, got the ball back, had a chance to go down and kick it. Yeah, I understand.”

“Because if you don’t punt it, they’re too close,” he said. “It’s a tough situation, and that’s why the head coach is the head coach. I think as a team we’re all happy to live with the decisions he makes.”

That doesn’t make it the right call.

This is not the first time Daboll has coached conservatively. He has mimicked some of Joe Judge’s game strategy, not coincidentally, with similar offensive personnel at times.

He has handled the ends of first halves extremely carefully with the ball in his offense’s hands, sometimes trying to minimize mistakes as much as drive for points.

But Sunday it was a trend, and Daboll’s reticence extended into his management of the entire game with a playoff berth on the line.

At the end of the first half, on 3rd and 1 from the Washington 11-yard line with no timeouts, Daboll didn’t take a shot at the end zone. He allowed a read-option run call that Jones took for two yards.

The Giants had to spike the ball to get a field goal through before time ran out.

Daboll knew that call was a mistake. Postagme, his first reaction was to cite offensive coordinator Mike Kafka’s decision as the play-caller.

“He called one that he thought was gonna hit,” Daboll said. “We definitely could have done that [thrown for the end zone].”

But Daboll then acknowledged he had the ability to change the call if he wanted to.

“Yeah I can overrule it,” he said. “Every decision that’s made, you can put on me. I thought it was fine. He had a good feel for what he’s doing. But every decision that was made, regardless of what it is, is on me.”

That’s right. It is on Daboll. All of it. The good and the bad.

In Week 1 in Tennessee, when he put his neck on the line and trusted his players, he said: “We’re going to be aggressive. That’s what we want to do. That’s the mindset I want the players to have.”

That set the tone for the Giants’ 7-2 start.

But he coached differently on Sunday, and justifiably, he got a different result.