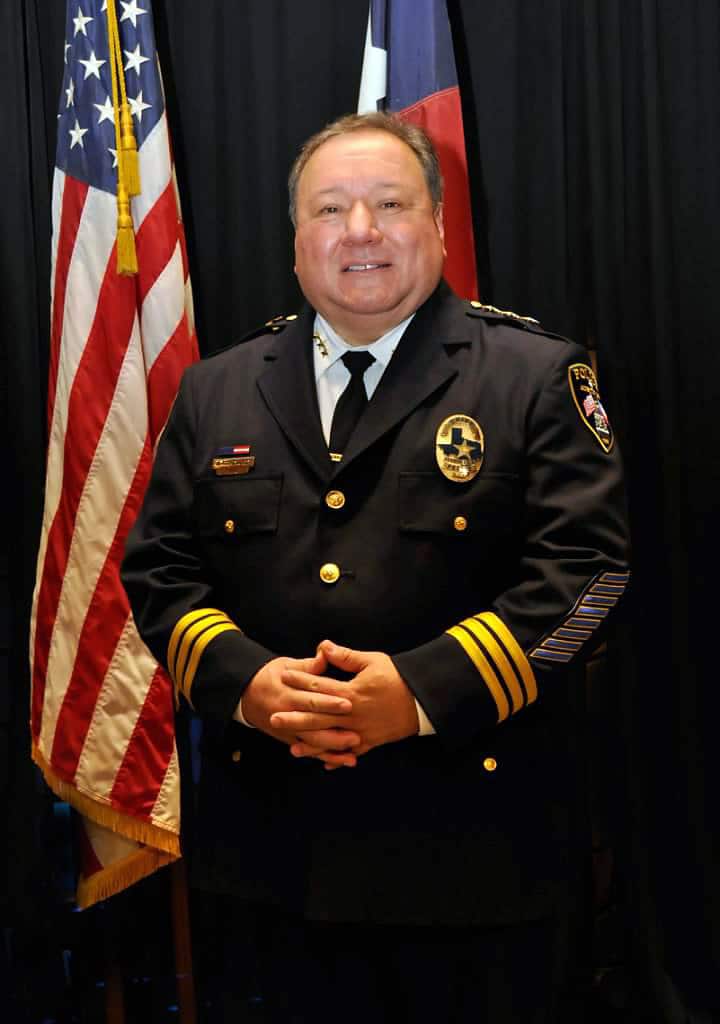 Kleckner said that the town’s administration learned of the allegations against Chief Gonzalez last week and retained the Quincy-based Comprehensive Investigations and Consulting “to conduct a comprehensive review of the facts and circumstances surrounding the allegations.”

The firm’s principal investigator Daniel Bennett, who in addition to being a former Worcester prosecutor also served for four years as secretary of the Massachusetts Executive Office of Public Safety and Security, will lead the investigation. Bennett will be assisted by former Massachusetts State Police Col. Kerry Gilpin.

Gonzalez will remain on paid leave throughout the investigation, Kleckner wrote in a statement.

“The Town has a strict zero-tolerance policy against discrimination, sexual harassment and retaliation committed by or against its employees. We are committed to supporting the investigation, which will determine the facts, and responding accordingly.”

Brookline’s Select Board hired Gonzalez, a 33-year career police officer, to the department’s top job in April after Kleckner recommended him for the role the previous month. Gonzalez came from heading the Austin Independent School District Police Department in Texas, which he led since 2018, according to a town news release at the time.

Kleckner selected Gonzalez due to his “long track record of progressive, compassionate and effective police leadership in partnership with communities,” he wrote in the town’s March news bulletin announcing the recommendation.

Before the Texas post, Gonzalez was with the Norwalk, Conn., police department beginning in 1988, where he rose from a patrolman to the role of deputy chief.

Brookline’s last full-time police chief, Andrew Lipson, stepped down from the helm of the department in 2020 after two years.