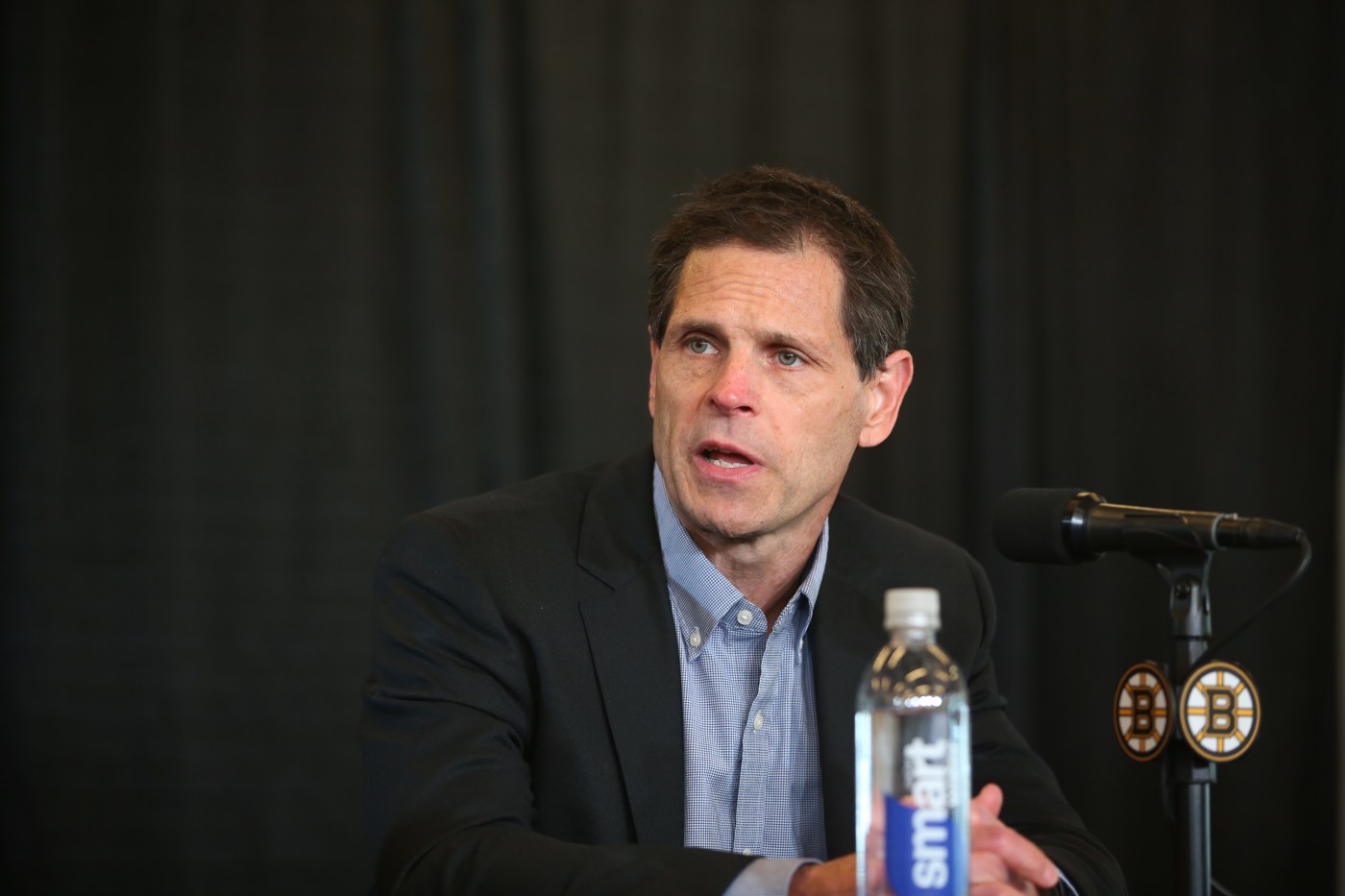 The Boston Bruins are the best team in the NHL not coached by Bruce Cassidy.

They are winning behind a new coach – Jim Montgomery – who most New Englanders could not recognize if he cut them off in a Dunkin Donuts drive-thru.

They are winning without their best defenseman, Charlie McAvoy, who is MIA due to what’s been called a “complex” shoulder injury that required preseason surgery. Without McAvoy, newcomer Hampus Lindholm has dominated defensively. The Bruins are +12 with Lindholm on the ice. He is No. 2 on the team in scoring with 13 points and leads in ice time with 24:13 per game.

They are winning after bringing The Band back together for what is developing into one final run at their elusive second Stanley Cup. Bergy. Marchy. Krechy. Pasta. The Fab Four is clicking like it’s 2019.

They are winning with a surprising boost from Jake DeBrusk. He has become a “Team Player,” now that former Bruins coach Cassidy is keeping the heat off Josh McDaniels in Sin City.

All this from a team that was as high as 30-1 to win the Stanley Cup this past offseason. That’s +3000 for those who engage in legal sports betting. You can expect sports betting to commence in Massachusetts right around the time the ice melts on Neptune. Enjoy the drive to Seabrook to back the Patriots in Wildcard Weekend. Here’s hoping they plow I-95.

To sum up: Bruins are good.

“Vanity” forms the root of all sin and is considered in some religions the mother of all vices. Vanity angered the Greek Gods more than burned souvlaki. It was Al Pacino’s favorite sin in “The Devil’s Advocate.”

And it doomed the Bruins in the Mitchell Miller fiasco.

Too many organizations sign or draft players with questionable, criminal and/or reprobate backgrounds thinking just by playing for “Team X,” said reprobate will find the missing pieces to repair their character or fill the holes in their upbringing that were dug by bad parenting, abuse, or just a bad string of DNA.

This happened with the Bruins and Miller. If you’ve read this far, you’re well versed in the particulars of Miller’s past. Much better versed than the Bruins were when they opted to sign him last week without anything resembling a vetting process.

Miller, now 20, racially bullied a mentally-challenged a Black boy over the course of several years. The criminal charges involved came about when Miller was 14. The pain and suffering Miller inflicted upon his victim continues today.

Our first instinct here – not knowing all the details and hearing from both Miller’s parents and the parents of the child he abused – was to say “it’s time we stop holding people accountable for what they did when they were kids.”

But his is not another case of “Cancel Culture.” Rather, it was another example of a team either ignoring or not being willing to examine everything in a player’s past because his potential was deemed worth the risk.

How good could Miller be as a player? One hockey insider told me he could be a “top four defenseman” in the NHL.

That mattered little to his potential teammates in Boston. As if we didn’t need another reason to laud Patrice Bergeron, he spoke out against the decision to sign Miller when asked about it by GM Don Sweeney beforehand. And again after the signing. Other Bruins players echoed Bergeron’s subdued incredulity. Yet they weren’t so subdued.

Finally, it remains unclear if the Bruins and NHL were ever on the same page as to when or if Miller would be eligible to play in the league.

Gary Bettman, who holds the record for being booed at the most-consecutive Stanley Cup presentation ceremonies, was finally in the right when he made it clear Miller’s future in the NFL is far more not than probable.

The feelings of the masses are the least important concern here.

“We like to take pride in what we do in the community, and we hold ourselves accountable,” Neely said. “We dropped the ball and I’m here to apologize for that.”

The Bruins believed Miller’s past was “an isolated incident and that he had taken meaningful action to reform” but let him go Sunday based on new information.

“The fact we didn’t talk to the (victim’s) family was concerning to me,” Neely said.

When asked why the organization didn’t reach out to the family before the signing, Neely responded: “It’s a great question. Something I need to find out.”

Neely threw in a few more qualifiers like “from everything I’ve heard” and “I was under the impression” when trying to explain the team’s failure to fully investigate Miller’s past and present.

That thumping sound you hear is Blades backing the Bruins team bus over Sweeney.  He would likely be out of a job due to this debacle if the team weren’t playing so well.

On Tuesday, according to the Herald’s Steve Conroy, Neely spoke with the mother of the boy who was tormented by Miller, Joni Meyer-Crothers. Conroy Tweeted that Meyer-Crothers said Neely apologized and they had a “nice 45-minute conversation.”

That’s a solid first step in the journey beyond saving face on NESN and trying to learn from an avoidable, inexcusable, inexplicable, and unforced error.