Bruins grind out 4-1 win over Flyers 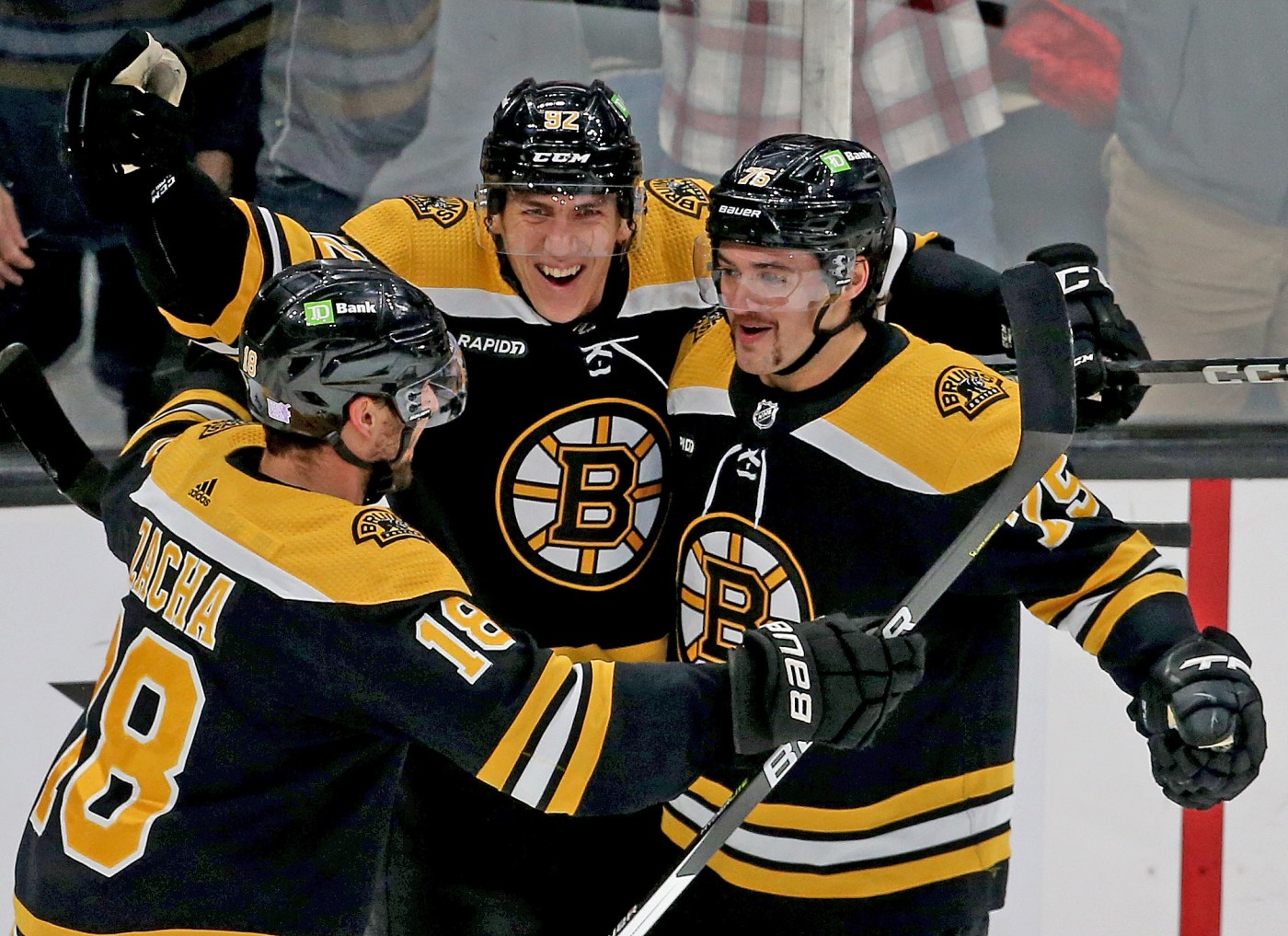 Maybe the Bruins need a challenge. If that’s the case, they will have that need satisfied starting next week when they face a steady stream of true contenders.

But right now, the 15-2 B’s are the walking definition of winning ugly. On Thursday, the B’s never trailed but they had to overcome a succession of their own giveaways to finally put down the Philadelphia Flyers, 4-1, at the Garden to stretch their home win streak to start the season to 10-0. They are one off the league mark of 11-0, achieved by the 1963-64 Chicago Blackhawks and the 2021-22 Florida Panthers.

The Blackhawks have a chance to defend the honor of their ancestors on Saturday night at the Garden.

On Thursday, the B’s got three goals in the third period, two by David Krejci, to pull away from Philly.

As has been the case in a few games lately, the Bruins were not at their best in the first period. They handed the puck to the Flyers in dangerous situations and either the visitors could not put together a scoring chance or Ullmark bailed out his teammates.

The game started to turn a little bit in the B’s favor late in the first, starting with a solid penalty kill. In the waning seconds of the Flyer advantage, Philly took a too-many-men penalty and the B’s nearly took the lead when Brad Marchand tried a wraparound. Goalie Carter Hart was just able to get his skate blade on the offering and jam it up against the post.

It was a lot more of the same in the second period as the B’s struggled mightily with their puck management, handing the Flyers potential scoring opportunities with which they could do nothing.

Finally, Tomas Nosek, who broke a 65-game goal-less streak on Sunday, broke the ice at 11:25. Hampus Lindholm broke out the puck and carried it into the offensive zone before handing it over to Pavel Zacha. Zacha made a cross-ice pass to Nick Foligno, who took the puck behind the net and fed Nosek for the goal.

The B’s had to hang on early in the third period when they had to kill an undisciplined slashing penalty by Taylor Hall that came late in the second period. Then, once Hall was freed, they had to kill another one when Ullmark interfered with Morgan Frost.

And Ullmark would bail himself out on the PK, stoning Kevin Hayes when the Dorchester native was all alone at the top of the crease.

But the B’s birthed a two-goal lead after Max Willman got a stick up high on Connor Clifton. On the PP, David Pastrnak made a pretty slap-pass to Jake DeBrusk for the redirect goal at 7:32.

The Flyers finally beat Ullmark six seconds after Charlie McAvoy was sent off for interference. After Patrice Bergeron was kicked out of the faceoff circle, the Flyers controlled the draw and then Owen Tippett used a screen to beat Ullmark with a high wrist shot to the blocker side at 9:48.

Just 16 seconds later, though, the B’s recaptured their two-goal lead. Lindholm sent a puck out of the B’s zone toward the other end and Zacha caught up to it in the Flyer. Zacha fought off Ivan Provorov until he could push the puck into open space for David Krejci, who floated a roof job past Hart to make it 3-1 at 10:04.

Krejci added a other PP goal, putting away another pretty pass from Foligno, which was the veteran’s 300th assist.