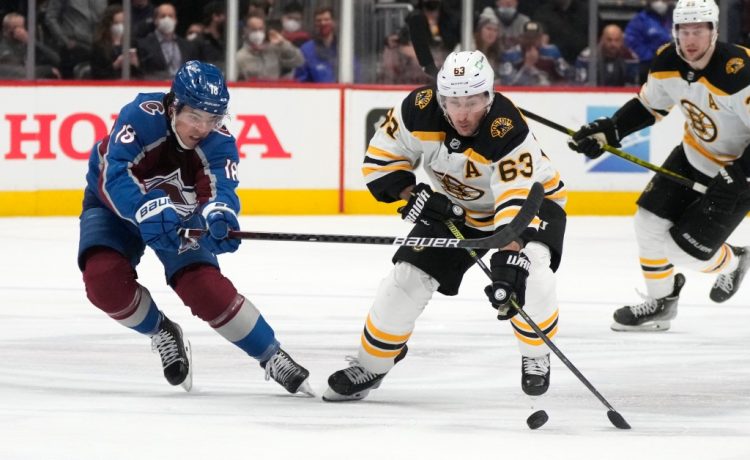 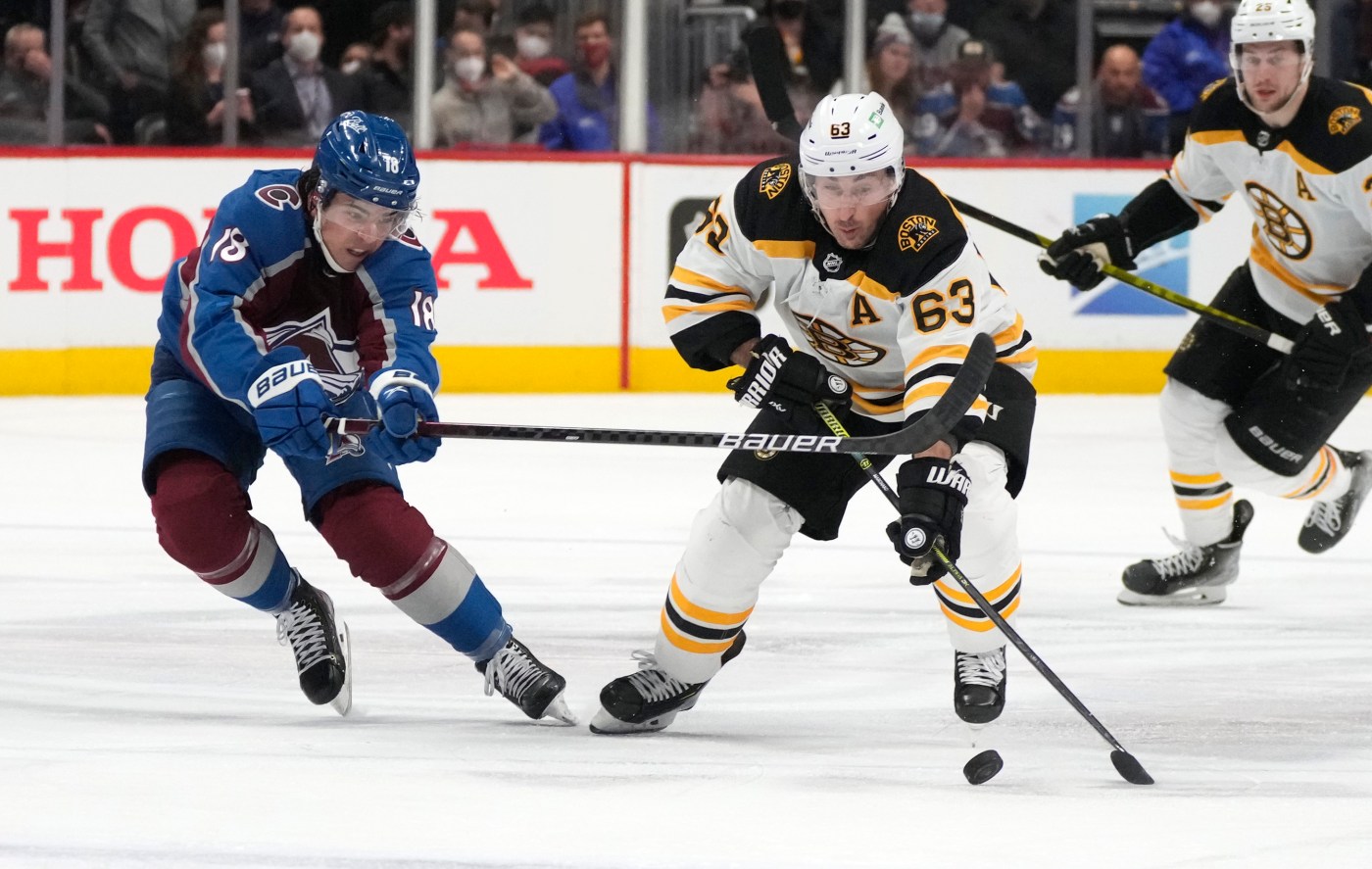 If you are a glass half-full type of person, there was some news you could cling to from Bruins’ practice on Sunday.

For the first time since undergoing double hip surgery, Brad Marchand was a full participation in practice, albeit a brief 20-minute session. Matt Grzelcyk, recovering from shoulder surgery, continues to inch closer to a return. Coach Jim Montgomery also struck an optimistic tone on Brandon Carlo (who appeared dazed after taking a big Liam O’Brien hit), about whom he said was “better today than we were expecting.” Montgomery also said that Jake DeBrusk (suspected hand injury) should be out no more than 10 days.

But if you’re a glass half-empty type? None of those players are expected to be available when the B’s play three games in four nights, starting Monday at the Garden against defending the Presidents Trophy-winning Florida Panthers.

Carlo, who has a troubling history of concussions, was placed on injured reserve, which means he won’t be eligible to play until at least Saturday’s home game against the Minnesota Wild.

In his place, the B’s recalled defenseman Dan Renouf from Providence. Unlike Carlo, Renouf is a left shot, but Montgomery said he best replicates Carlo’s game.

“We felt in camp he was the most like a steady, stay-at-home defenseman that can defend very well, helps us break pucks out. Very similar to Brando, so that’s why he’s the guy,” said Montgomery.

The B’s did not run through their lines and defense pairs in the short practice, so it’s not clear who’ll be playing with whom. But unless they’re able to get Anton Stralman’s visa expedited by Monday evening, they will be down to just one available right shot defenseman. That would be Connor Clifton, who played 24:06 in Saturday’s win over Arizona with the loss of Carlo at the end of the first period.

As for Marchand, his particpation served as a mental health day as much as big step forward in his recovery process.

“I feel really good. Today was more of a mental victory than anything,” said Marchand. “It’s been a long four months and it was going to be an easy practice for the guys, so I begged them enough to let me jump in there with them. It gets tiring and old being out there all by yourself. (Charlie McAvoy) out there but having a group of guys and being back with the team is a completely different feeling.”

The timing needs some work, he said.

“A little bit off, but I actually felt better than I thought I would out there,” said Marchand. “It was more that I think the hands need to catch up with having somebody pressuring you a little bit and trying to make decisions under timing instead of just skating around and nobody pressuring. But that will come back quick. It’s just second nature.”

While it was his first day back as a full participant, Marchand did make his presence felt, as he often does.

“You could tell everyone else played (on Saturday). He was hunting pucks and hitting people,” said Montgomery with a chuckle. “That first drill, there’s not supposed to be any contact and somehow he found a way to get contact in it.”

Marchand, with his usual impish grin, downplayed the contact.

“Grizzy kept buzzing around me and I couldn’t take the puck from him, so I just figured I’d go through him,” said Marchand…..

Jakub Zboril started extremely well in training camp but has had some ups and downs since then. He had one of the latter on Saturday night when, with the B’s up 3-1, he made an ill-advised backhand pass near his own net that eventually wound up in the back of it.

But unlike in past years, he was allowed to atone for it, playing a regular shift the rest of the way and was on the ice for Derek Forbort’s game-winning goal.

What would have happened in the past?

“I would probably be sat down and be mentally somewhere,” said Zboril with a smile. “Monty just told me that I tried to make a play and it’s going to happen. Sometimes it’s not going to work out. But he really liked how I handled it and kept going with the game.”

Said Montgomery after the game: “Early in the year, there’s usually more goals scored because people are not into managing games. We just haven’t played enough games that matter. And teams come hard at you. Yeah, I think he’d like to have that decision back, but he did a lot of good things, too, in the offensive zone, real poised plays. So we want to keep growing on that while he learns. It’s a guy who didn’t play for a year. We’re happy with where he’s at.”…

The B’s welcome a Panthers team that has a new edge to them in the person of Matthew Tkachuk. On Saturday, Tkachuk riled up the good folks of Buffalo in a rough and tumble game.

“I just play to how the game translates and trends,” said Tkachuk, whose team practiced at Warrior Ice Arena on Sunday. “I don’t try to stir any of that stuff. There a couple of plays I didn’t love at the start of the game, but it was a chippy game. They’re a young team that was trying to prove themselves and we’re a new team trying to establish ourselves in the league, too, so it makes for exciting divisional games. But it’s just how the game trends. I don’t like to start it. But if the game trends, I’ll stick up for my teammates.”

It will be interesting to see what kind of jam Tkachuk brings on Monday at the Garden, when he expects he’ll have a large contingent of extended family on hand. The B’s held a 2-01 advantage against Florida last year.

“You don’t go into it thinking ‘We’ve got to create a rivalry,’” said Tkachuk, obtained for Jonathan Huberdeau and Mackenzie Weegar in a blockbuster. “I just think whenever you have good teams that play each other a lot…rivalries aren’t created unless you play in the playoffs. Regular season’s one thing. (Saturday) against Buffalo? That’s not a rivalry. It’s just an intense game. It’s not a rivalry. I think you create rivalries once you get in the playoffs.”