Todays Though > News > Bruins notebook: Big guns to be on display
News 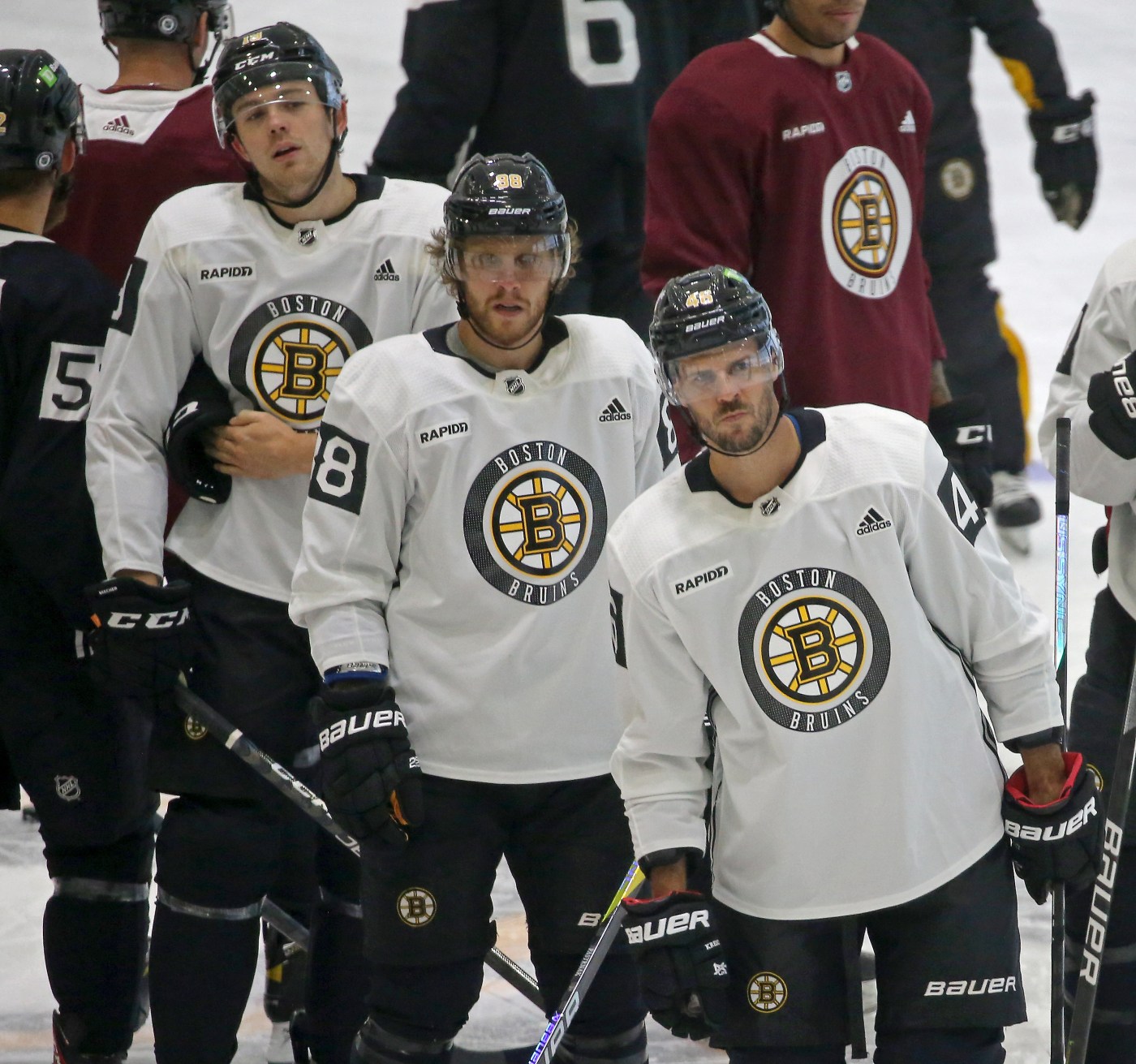 We should have a better idea of just what the Boston Bruins will look like by late Saturday afternoon – at least the version that will be rolled out for the first couple of months.

Coach Jim Montgomery will play the top two lines when the B’s host the Philadelphia Flyers in a 1 p.m. matinee at the Garden in their third of six preseason games. That not only means David Krejci will play his first Causeways Street game since departing for his native Czechia last season, as well as his new, potentially explosive line with Taylor Hall and David Pastrnak, but his young countryman Pavel Zacha will make both his Bruin and Garden debut.

“You wait for the whole summer to get it going and get that game feeling in, so I’m super excited to play, especially at home,” said Zacha on Friday.

Obtained from New Jersey for veteran Erik Haula in the offseason, the 2015 sixth overall pick could be a linchpin to the B’s hopes this season. Many observers believe the 25-year-old Zacha hasn’t reached his ceiling yet. His highest goal total was 17 in 50 games two years ago and his highest point total was 36 in 70 games last year. Montgomery has liked what he’s seen from the 6-foot-4, 200-pound Zacha.

“They thing I’ve liked about his game is that he’s gotten better every day in practice, which is a sign of a good NHL player. When camp starts, it’s a little hectic, but then the cream rises to the top. And he’s rising,” said Montgomery. “The thing that I didn’t know was that he could make as many plays as he’s been making. His visions, his hockey sense with the puck is above what I’ve seen before. I didn’t really see him that much before to really have a great handle on that, but he’s making a lot of plays out there.”

That ability should translate well to him playing center position somewhere down the road. But right now he’s got a different opportunity – and it’s a good one. He’s currently filling in for Brad Marchand on Patrice Bergeron’s left side with Jake DeBrusk is skating on his off wing on that line.

“It’s been great,” said Zacha, the B’s most noteworthy new acquisition. “Players like that, they always talk to you a lot on the ice, where they expect you to be. I’m just trying to do my best there, battle for pucks, create scoring chances and hopefully show that (Saturday). It’s nice to get a game in and get even more chemistry with the line in game situations.”

One of Zacha’s offseason focuses has been to become more of a shot-first player and that, in theory, should meld well with what Bergeron brings to the table.

“He complements my game,” said Zacha. “He knows what I can do and he just tries to help me out in situations. It’s more system-wise, where to be. You know as soon as he gets the puck where to be and he’s a really skilled player. He can find the open areas and it’s my job to find him there. And it’s my job to help out through the neutral zone with my speed and stuff like that.”

Reilly could be good fit

Mike Reilly is one of a plethora of left shot defensemen, a group that will even grow when Matt Grzelcyk is expected to return from shoulder surgery. Couple that with his $3 million salary and the B’s current cap crunch and it’s understandable why many observers peg Reilly as eventual trade bait.

On the other hand, Reilly might stand to benefit the most from Montgomery’s more liberal activation of defensemen in the offensive zone – and vice versa.

“His strengths should shine with this and I thought they did in the last game. I think he was very active. He was playing on his toes, which is what we want from our defensemen to be doing,” said Montgomery.

He’s also more healthy than he’s been in a couple of years after undergoing ankle surgery to repair a tendon and remove bone chips. Reilly, who got the ball rolling on the A.J. Greer’s overtime winner on Tuesday, is clearly enthused about the tweaks.

“When I talked to (Montgomery) over the phone this summer and talked to him as soon as I got to Boston, I had a good conversation on what he expects,” said Reilly. “I think I played against him in college when I was at Minnesota and he was (coaching) Denver, I had a couple of buddies who played for him in the USHL, so there was a mutual connection and they did pass along on how he wants to play, his system and what he encourages. Obviously the D are a big part of it. That’s great for me. It allows you a little bit more freedom. Doesn’t mean you’re reckless or letting up odd-man (rushes)…but there’s definitely the freedom to make plays. I think that’s something that will benefit me.”

Greer continued skating with the third line with Charlie Coyle and Craig Smith while Trent Frederic was on a line with center John Beecher and and right wing Marc McLaughlin. He would seem to be going in the wrong direction.

“We want him to respond from last game to this game,” said Montgomery. “If you look at everyone who played, their second game was significantly better and I expect him to do the same. I thought his third period was his best period and he’s got to grow from that and carry it on into (Saturday’s) game.”

“We seem him as a very viable option for our third line, as being a heavy, hard-nosed player to play against,” said Montgomery. “Him and A.J. may not be the exact same, but they’re both momentum guys that are going to hopefully get the fans out of their seats with the physicality, the kind of hockey that I think Bruins’ fans love. I think both are willing to do that and that’s why they could be exciting on the same line together.”….

Montgomery described Jakub Zboril as “one of the top five players in camp.” He was paired with veteran camp tryout Anton Stralman….