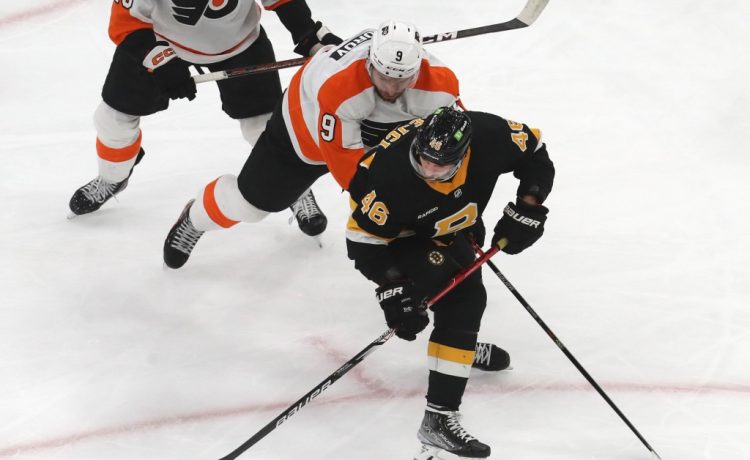 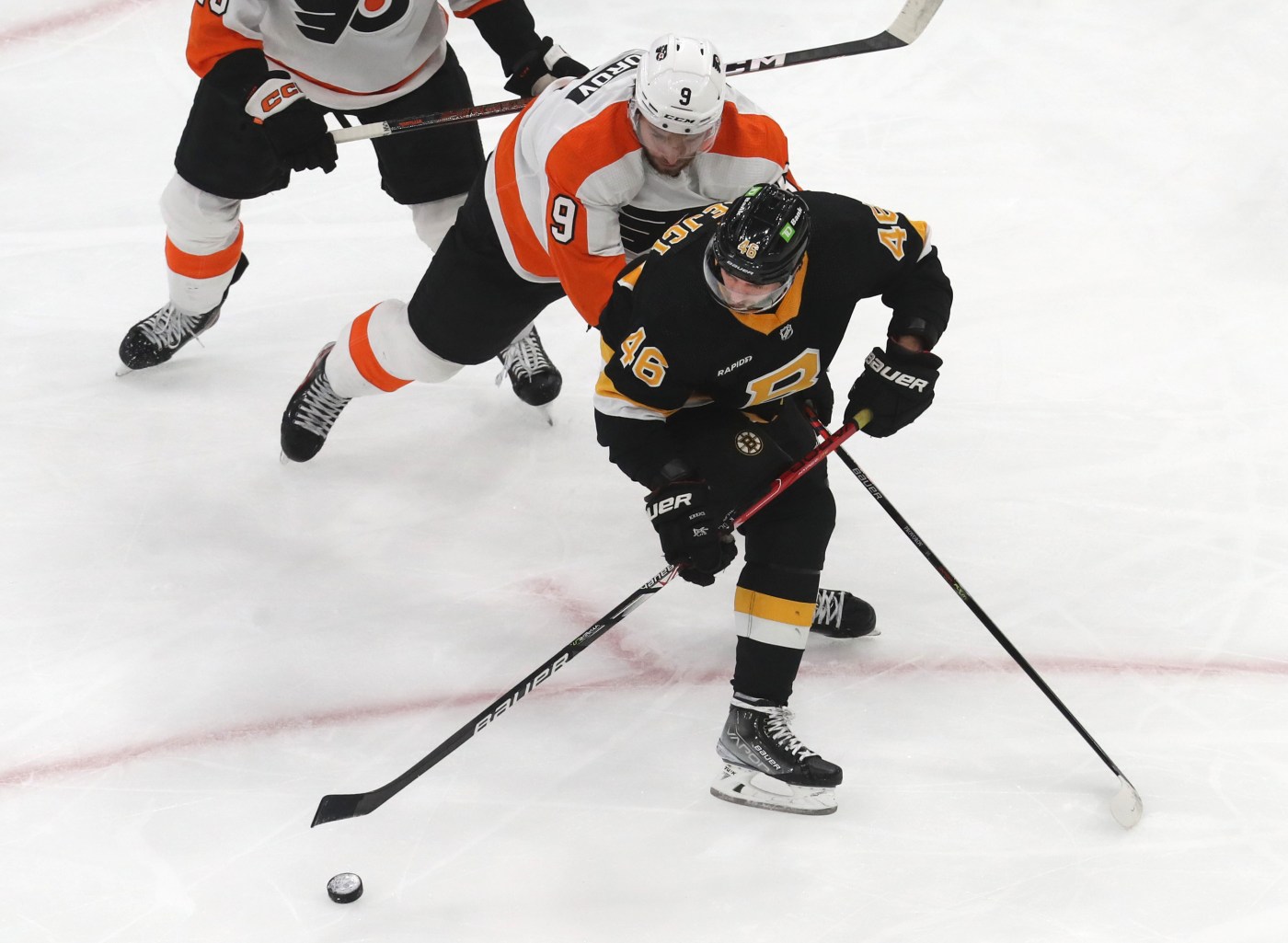 The Philadelphia Flyers had won seven of eight games, beating some good teams in the process, and were starting to have designs on a wild card spot.

Then they came to Boston to face the Bruins on David Krejci Day on Monday and, well, you can guess what happened.

Krejci celebrated his 1,000th NHL game, all with the B’s, but notching three helpers as the B’s rampaged over the previously hot Flyers, 6-0, at the Garden, pushing their record to 34-5-4.

Befitting a day that celebrated Krejci, it was the crafty centerman’s Czech-mates who reaped the riches with David Pastrnak (34, 35) and Pavel Zacha (6, 7) leading the way on the goal sheet. Brad Marchand (14) and Matt Grzelcyk (3) added the other tallies.

Unlike Saturday’s thrilling win over the Toronto Maple Leafs, this one was drama-free.

The first Krejci helper came at 4:38 of the first. Pastrnak thwarted a breakout attempt by Tony De’Angelo just inside the Philly blue line and Krejci took control of it. He threw it into space for Pavel Zacha, who sent perfect pass from the corner to Pastrnak for a tap-in.

Then, at 15:05, Krejci sent a soft pass over to Zacha at the top of the right circle and the wing got all of his 6-foot-4, 200-pound frame into his one-timer, beating Carter Hart with an absolute rocket for his sixth of the year. Zacha has had his issues with finishing this year, but he left no doubt on that one.

The good vibes were flowing and, by the time the second period was five minutes old, the B’s doubled their lead. First, at 3:55, Marchand controlled a bouncing puck, fought off Ivan Provorov at the top of the crease and tucked a backhander behind Hart for the 3-0 lead.

Zacha then made it 4-0 at 4:41 when he took a feed from Krejci on the left wing and, with the veteran centerman driving to the net, he threw it into the mass of bodies traveling to the net. It somehow ended in the back of it and, at the first TV timeout of the period, Hart was replaced by Samuel Ersson.

Pastrnak added a power-play goal early in the third period, Grzelcyk scored at 4-on-4 and the cruise control button was activated. The last bit of work was to kill off a lengthy 5-on-3 to get Swayman his shutout. And, of course, the Bruins did just that.