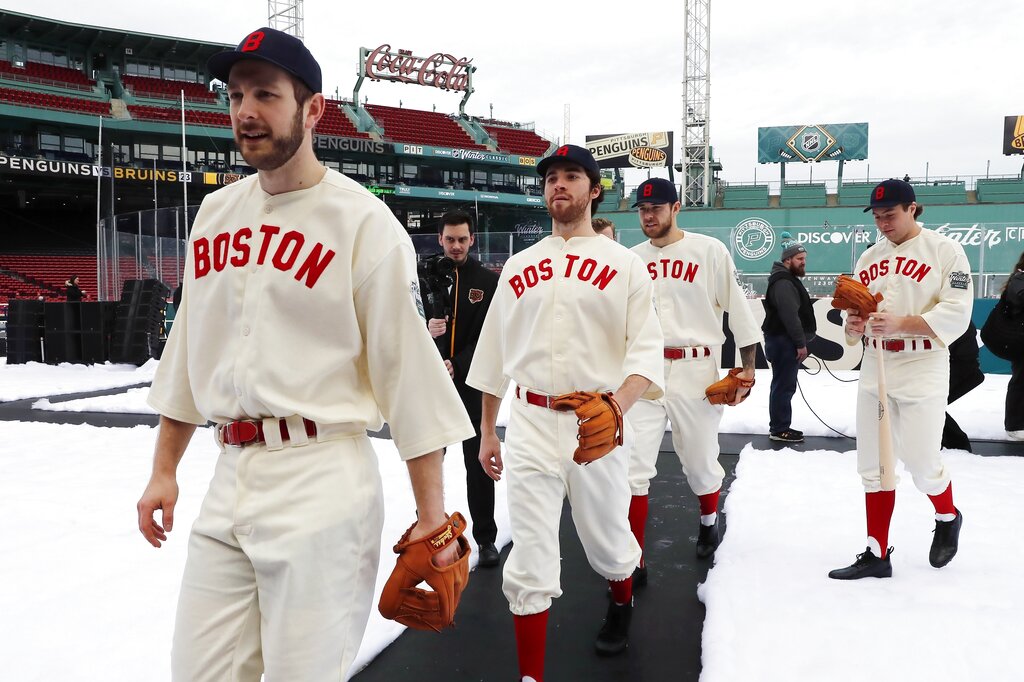 The Bruins’ home venue may have been much different than their regular cozy confines, but the NHL Winter Classic at Fenway Park on Monday played out much like most of their games at the Garden have this year.

The B’s took a while to get their game going, but when it mattered they had enough juice to get the job done. Jake DeBrusk scored two third-period goals to lift the B’s a 2-1 victory over the Pittsburgh Penguins in the Fens.

Trailing 1-0 midway in the third period, DeBrusk tied it with an even strength goal at 7:46 just seconds after a Bruin power play was up. Brad Marchand dished it down low to DeBrusk at the right side of the net. DeBrusk stepped out front and, from the top of the crease, jammed the puck through goalie Casey DeSmith, who had replaced injured starter Tristan Jarry in the first period.

Then, with 2:24 left in regulation, he scored his second of the game when he scored on a rebound of a Taylor Hall shot off the rush.

It was a slow start for the B’s.

Linus Ullmark continued to burnish his Vezina credentials by stopping all 14 shots he saw in the first period, a few of them labeled. In one sequence, DeBrusk pinged the crossbar behind Tristan Jarry and then Jake Guentzel stole Matt Grzelcyk’s point-to-point pass attempt, and he hit the post.

The first curveball of the day came with 4:30 left in the first when Jarry, who didn’t face a lot of testers, was forced to leave the game with a lower body injury. In came Desmith and, a couple of minutes later, he saw the first power play of the game when Teddy Blueger was whistled for boarding Connor Clifton. The B’s, who had 10 shots on net in the first period, were not able to get much on the back-up on the advantage.

The Pens continued getting the better of the play in the second period and forged ahead at 8:40. Jeff Carter picked Clifton’s pocket behind the net and old friend Danton Heinen dished it out front for Kasperi Kapenen, who roofed it over Ullmark for the 1-0 lead.

For most of the first two periods, the B’s playmaking was not crisp, with passes ending up just wide of the mark. The Czech line of David Pastrnak, David Krejci and Pavel Zacha had just one shot on net (Pastrnak’s). They had an early power play in the second period only to have Pastrnak quickly nullify it with a holding penalty.

It didn’t help matters that their best chance, early in the second period, was blown dead. Brad Marchand and Krejci had a 2-on-1 and it appeared to be very much onside but it was ruled offside.

The B’s did flurry late in the second with some decent pressure but DeSmith held his ground and the B’s went into the third period down 1-0.