Bruins will be without Jake DeBrusk for a month 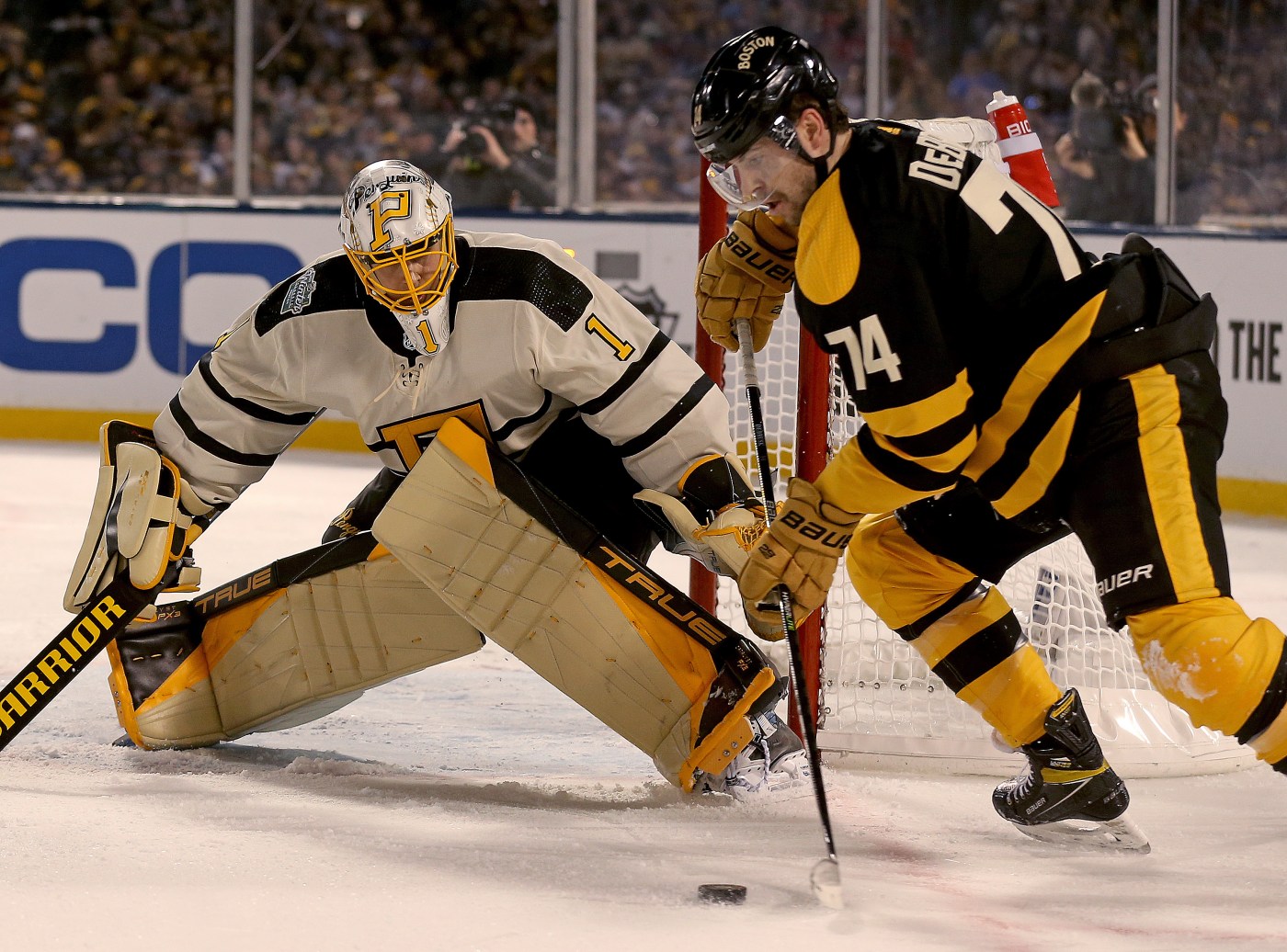 As expected, the Bruins will be without Jake DeBrusk for a while, but they anticipate that the winger will be available for the stretch run.

The B’s announced on Thursday morning that DeBrusk was placed on long-term injured reserve with hand and lower body injuries suffered in Monday’s Winter Classic and is expected to be out approximately four weeks.

That would take the B’s up to the All-Star break and the team’s bye week, which ends with a home game against the Washington Capitals on February 11. If he’s able to return against the Caps, DeBrusk would miss 14 games.

DeBrusk suffered the hand injury when he was slashed on a first period power play and he was treated on the bench. He presumably suffered the lower body injury when he was struck by a Matt Grzelcyk slapper in the third period,just before he scored the tying goal. He would go on to score the game-winner as well. DeBrusk also stretched out to block an Evgeni Malkin shot in the waning seconds. It’s not clear whether DeBrusk got a piece of the shot, which went in after the horn, but he got up slowly as his teammates celebrated the victory.

While the team release did not confirm that he suffered a broken fibula, as reported Wednesday by Daily Faceoff, DeBrusk was seen on Monday night wearing walking cast on his left leg.

It is a tough break for DeBrusk, who was en route to his best season with the B’s. The goals in the Winter Classic were his 15th and 16th on the season, which put him well above a 30-goal pace.

The DeBrusk injury opens a door for veteran Chris Wagner, who was officially recalled on Thursday. After spending most of 2021-22 in Providence,Wagner had solid training camp but. with a $1.35 million and the emergence of A.J. Greer, he was sent back down to Providence after clearing waivers.

Wagner has nine goals and two assists in 27 games in Providence and, by all accounts, By all accounts, has been a good soldier and leader for the young, developing AHLers.