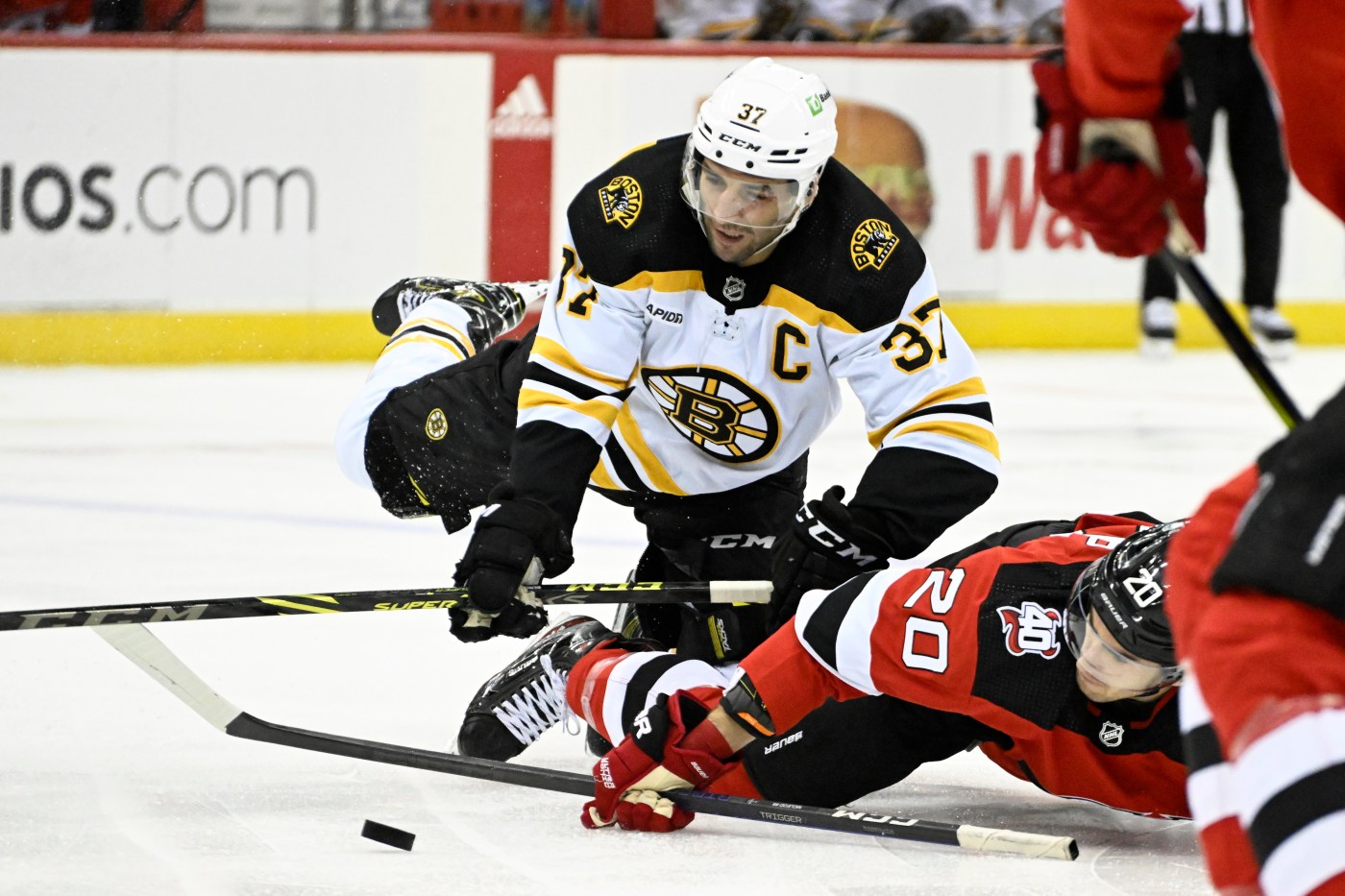 The Bruins are now off on their three-day Christmas break and, more than any team in the NHL, they have earned their cozy time in front of the fireplace.

And in the final minutes of Friday’s game at the Prudential Center, they appeared ready for a little R & R.

In their last game before the holiday hiatus, the B’s outlasted the up-and-coming New Jersey Devils, scoring four straight goals in the second period before escaping with a 4-3 win at the Prudential Center.

The victory completed the sweep of a difficult back-to-back with Winnipeg and Jersey and pushed the B’s league-best record to 27-4-2.

David Pastrnak scored a pair of goals and Linus Ullmark (36 stops) made all the timely saves for the win.

The B’s took a 4-1 lead into the third period and seemed content to play defense the rest of the way. But the Devils finally took advantage of that stance at 11:01 when Tomas Tatar scored off a rebound.

Then the Devils made it a one-goal game with 6:23 left in regulation when Yegor Sharangovich was first to a loose puck in a slot scramble and scored to make it 4-3.

The B’s then had to survive a late Jersey push, which they did, huffing and puffing.

On Wednesday in Florida, the Devils snapped a six-game losing streak that saw them lose their grip on the Metropolitan Division. And they looked ready when the puck was dropped, while the B’s looked heavy-legged from playing on Thursday in Boston.

After an initial push from Jersey, the B’s gained their equilibrium and got the first power play of the game. But the B’s didn’t get a shot on net on the advantage and and when the Devils got their first PP, they made the B’s pay.

Matt Grzelcyk went into the corner with Michael McLeod and his shove from behind sent the Devil hurtling head first toward into the boards. Fortunately, McLeod was OK and the Devils went on the advantage.

It took just seven seconds for Jersey to cash in. Nico Hischier won the faceoff back to Dougie Hamilton, who dished it over to Jack Hughes. The 21-year-old franchise forward walked into the left circle and ripped a shot that beat Ullmark at 16:36.

But as they’ve done a lot lately, the B’s seemed to take inventory of what the opposition has to offer in the first period and then answered. This time, they posted four unanswered goals in the middle period to take a three-goal lead, though Ullmark would also play a huge part in the period.

The Devils had a great chance to go up by two early in the second when Derek Forbort fell down at the offensive blue line and Miles Wood took off on a breakaway but Ullmark stoned him.

Shortly thereafter, the B’s tied it up at 3:12 on a simple play. Patrice Bergeron won an offensive zone draw back to Jake DeBrusk and he circled into the high slot before sending a shot/pass to Bergeron, who scored his 13th on a redirection.

Almost immediately, Ullmark had to come up big again, stopping Hischier on a 2-on-1 then, on the same sequence, Tatar clanged the post to the left of Ullmark.

And again, the B’s answered right back with the go-ahead goal. Former Devil Pavel Zacha picked off a clear attempt from goalie Mackenzie Blackwood at the right half wall. He fed David Krejci in the slot and Krejci dished down low to Pastrnak for his 23rd of the year, extending his point streak to 11 games at 4:34.

Pastrnak’s 24th came at 9:52 off the rush. He took a feed from Krejci on the right wing, cut to his left and beat Blackwood with a snipe over the blocker arm.

The B’s weren’t done. They stretched the lead to 4-1 with 2:33 left in the period. Brad Marchand, who had just escaped a tripping call, simply pilfered the puck from defenseman Kevin Bahl behind the Devil net, fed DeBrusk out front and the winger chipped it over Blackwood for his second goal in as many nights, his 13th of the year.