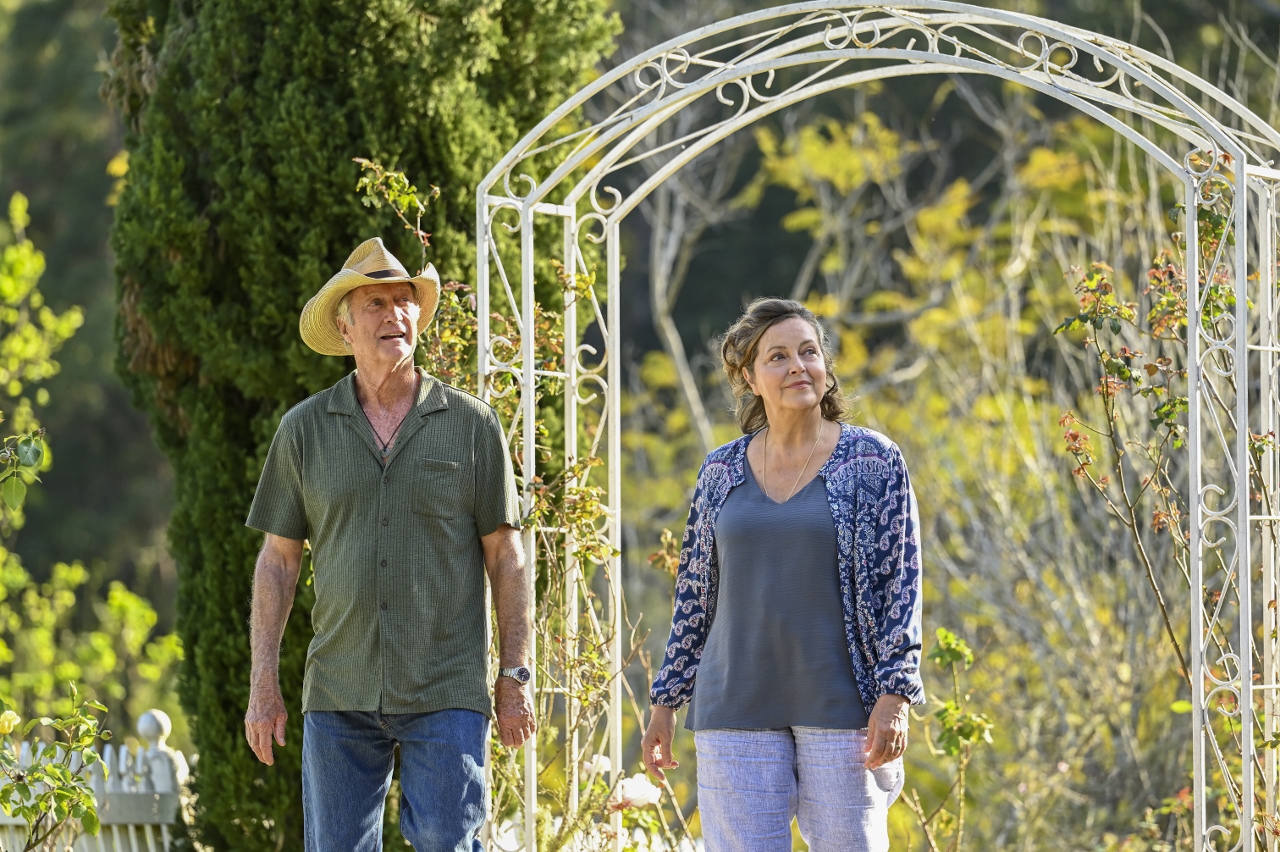 When Jack Darby, an ex-cop, crashes his Landcruiser into English tourist Joan’s motorhome, the Aussie-set series “Darby and Joan” was born.

“About three or four years ago, the company that made this came to me,” Bryan Brown, 75, recalled in a Zoom interview from his home in Sydney. “The concept was: An English woman’s come to Australia to try and find out what happened to her husband.

“I’m an Australian cop who’s running from a series of things that have happened to him and is trying to get away from everything. They crash and have to share a ride together.

“I thought that was a very good combination of concept and characters. Here we are able to deal with a mystery and a couple of people who are mysterious in their own way. And the idea of the whole traveling thing in a van with that age group made it topical.”

Back in the 1980s Brown won international attention not just for films like “Breaker Morant,” “F/X” and “Cocktail” but headlines as first lady Nancy Reagan’s favorite actor.

Eventually, Brown and his model-turned-movie star wife Rachel Ward (“The Thorn Birds,” “Against All Odds,” “After Dark, My Sweet”) left LA to go back home. “I was very grateful to all the things that happened to me in LA but it wasn’t home and Rachel had always struggled with Hollywood.

“I was quite happy to have kids and when it became, ‘Where do you want to bring them up?’ It was a pretty easy decision that we’d just come back here to have the kids” — they have three — “and all that stuff.”

Ward was not interested in playing Joan opposite her husband. “She’s been directing for the last 20-25 years and right now is actually directing a series for Disney that’s being shot down here.”

“I did a movie with her about four years ago here and love working with her. When this came up, I suggested to the producers that it’d be great if they could get Greta.”

With a career stretching 50 years, Brown’s made some kind of impact with his 80-plus credits. “I got a free coffee yesterday walking by a coffee shop because the guy recognized me from ‘Cocktail.’ He started telling me all (Doug) Coughlin’s lines.

“It’s always funny the lines that people come out with from movies — lines that you’ve forgotten completely! But in ‘Cocktail’ (opposite Tom Cruise), my character Coughlin loved saying things like ‘Beer’s for breakfast’ and ‘Coughlin’s Law.’ So people grab onto those.”