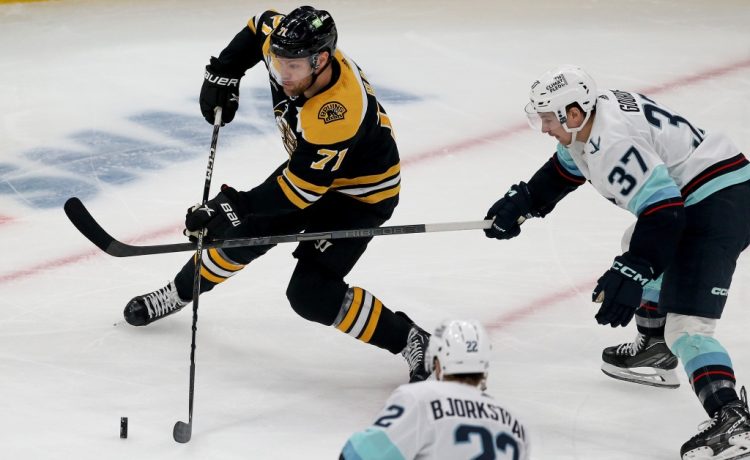 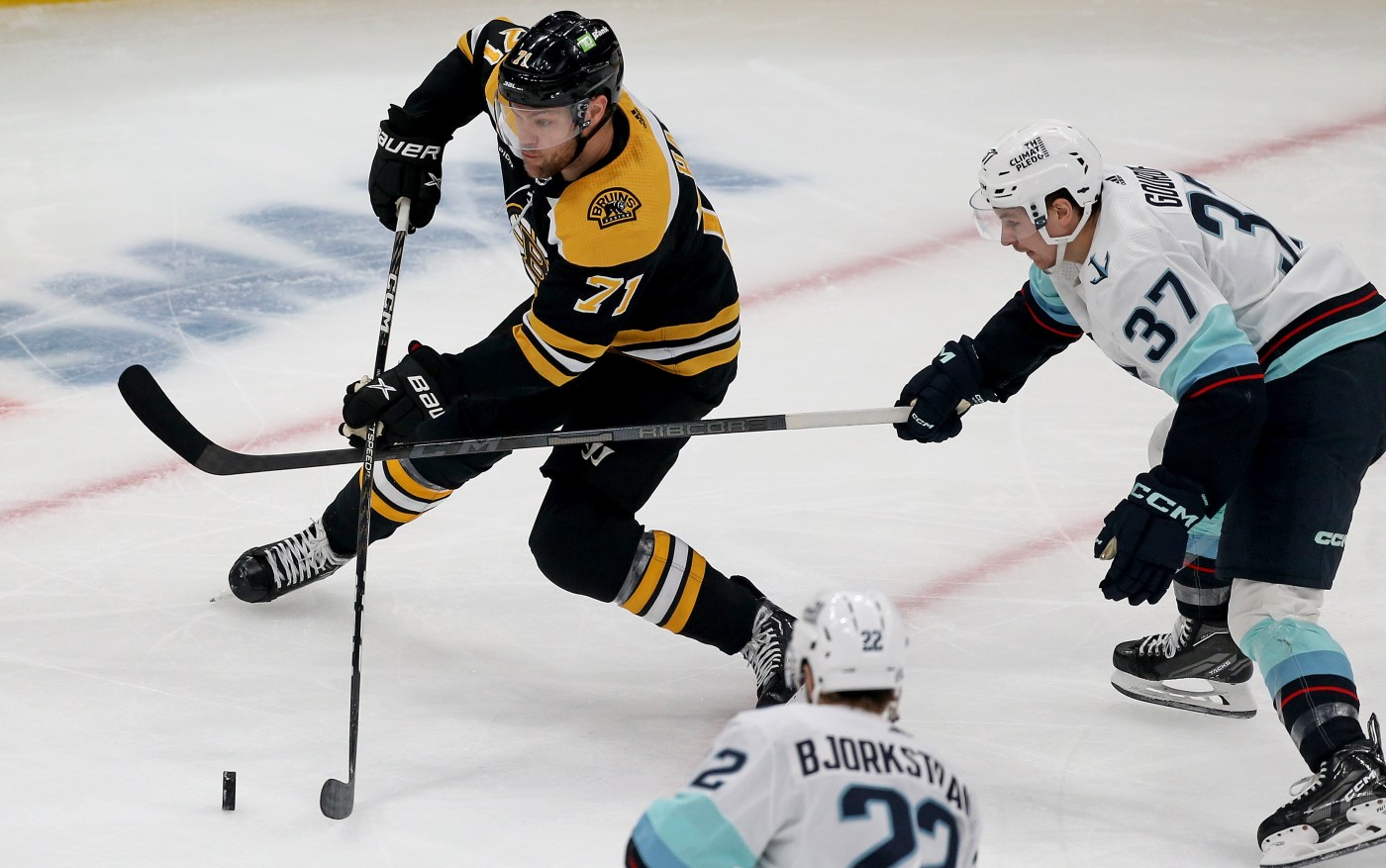 Must-win games do not exist for 32-5-4 teams in January. Let’s get that out of the way up front.

But what we do have here on Saturday night at the Garden, is one very interesting matchup between the league-leading Bruins and the Atlantic Division’s second-place Toronto Maple Leafs.

The B’s phenomenal run of success at home came to an end on Thursday when they suffered their first regulation loss at the Garden at the hands of the Seattle Kraken, but still alive is their nearly as impressive – and probably more important – streak of not losing consecutive games. They are 8-0 after losses.

For the Leafs, meanwhile, this just might be their last chance to give the B’s a run for divisional supremacy and stay out of that dreaded 2-3 matchup in the first round of the playoffs. They come into the game nine points behind the B’s. If they leave down 11, they might as well book their plans for Tampa in April. A seven-point gap is still a long way off, but it is not insurmountable.

Add in the fact that the Leafs stifled the B’s offense in their first meeting on November 4 better than any team until the Kraken came to town on Thursday, and the challenge is clear.

So, yeah, in a league that has watered down it’s in-season rivalries, this game constitutes a bona fide marquee matchup.

“We don’t want to be a team that loses two in a row. We also know who’s coming in (Saturday) night and down the road what the meaning of the game might be,” said Taylor Hall after a brief but energetic practice on Friday. “It’s always exciting to play Toronto. It’s different on a Saturday night and we’re excited for that.”

The game also gives the B’s a chance for a quick do-over against a team that checks similarly to the Kraken. In the first meeting at Scotiabank Arena, the Leafs beat the B’s, 2-1 and limited them to just 21 shots on net, still a season-low for the B’s explosive offense.

“They were five together, they were over top of us, they protected the middle of the ice really well in their own end,” said coach Jim Montgomery of the Leafs. “So that game, coupled with the game (Thursday) night are a learning opportunity for us in how to create more offense when we’re playing teams that play tight-checking. I think what Seattle did to us was a lot of what we’ve done throughout the year to opponents.”

And how do the B’s combat that?

“You’ve to refuse to be deterred,” said Montgomery. “You have to go to hard areas. You have to find ways to spin off people. They had four back all night long, not dissimilar to what Vegas did and Winnipeg. And you’re going to face that. You’re going to face good teams and in the playoffs, they’re going to be tight-checking. The easy ice is always on the outside and you have to fight for the hard ice…If you want to be a good offensive hockey player, it’s those last 10 feet in front of the blue paint that you’ve got to get to.”

Both teams are coming off losses. Without Auston Matthews (illness/injury), the Leafs lost in Detroit on Thursday. The Leafs were off on Friday so there was no definitive word on whether Matthews would be available on Saturday, but he was reportedly aiming to return against the B’s.

With or without their foundational player, the Leafs are not the same team that B’s beat two years in a row in the playoffs in 2018 and ’19. The Leafs, you’ll remember, swept the B’s too-short season series last year, outscoring them 16-8 in the three games. They are a far-cry from the defense-optional Leafs as some B’s fans would like to think of them. They’re third in the league in goals against average (2.60).

“I think their reputation as a team is different than when you actually play against them,” said Hall. “They’re in your face, they play fast. They’re not overly physical and they’re not going to run you out of the building, but they do gap up well. They limit time and space with their speed and they make the game hard. It’s a very similar game that Seattle played (Thursday) night. Seattle was in our face all the time. They forced us to make mistakes. And they clogged up the middle of the ice, which I’m sure Toronto’s going to do. We have our hands full, no matter who’s in their lineup.”

With the taste of their own blood still in their mouths from Thursday’s loss, the B’s should be a little ornery. Enough to get into those “hard areas”? We’ll see.

“I was talking with Brad Marchand about it. We were having breakfast together and we were just talking about how there’s an empty feeling in your stomach today. And we haven’t had that. It kind of pisses you of. Excuse my language but I don’t have a better word for it,” said Montgomery. “It stings a little and you want to get that feeling back, not only internally, but you could tell the whole city was rallying behind what we were doing. And we want to get it back.”…

Montgomery liked what Joona Koppanen brought on Thursday, especially on the penalty, but was leaning toward going with rewarding the players who have been here all year with the Toronto game. That presumably would mean A.J. Greer drawing back in Tomas Nosek moving back to play in the middle.