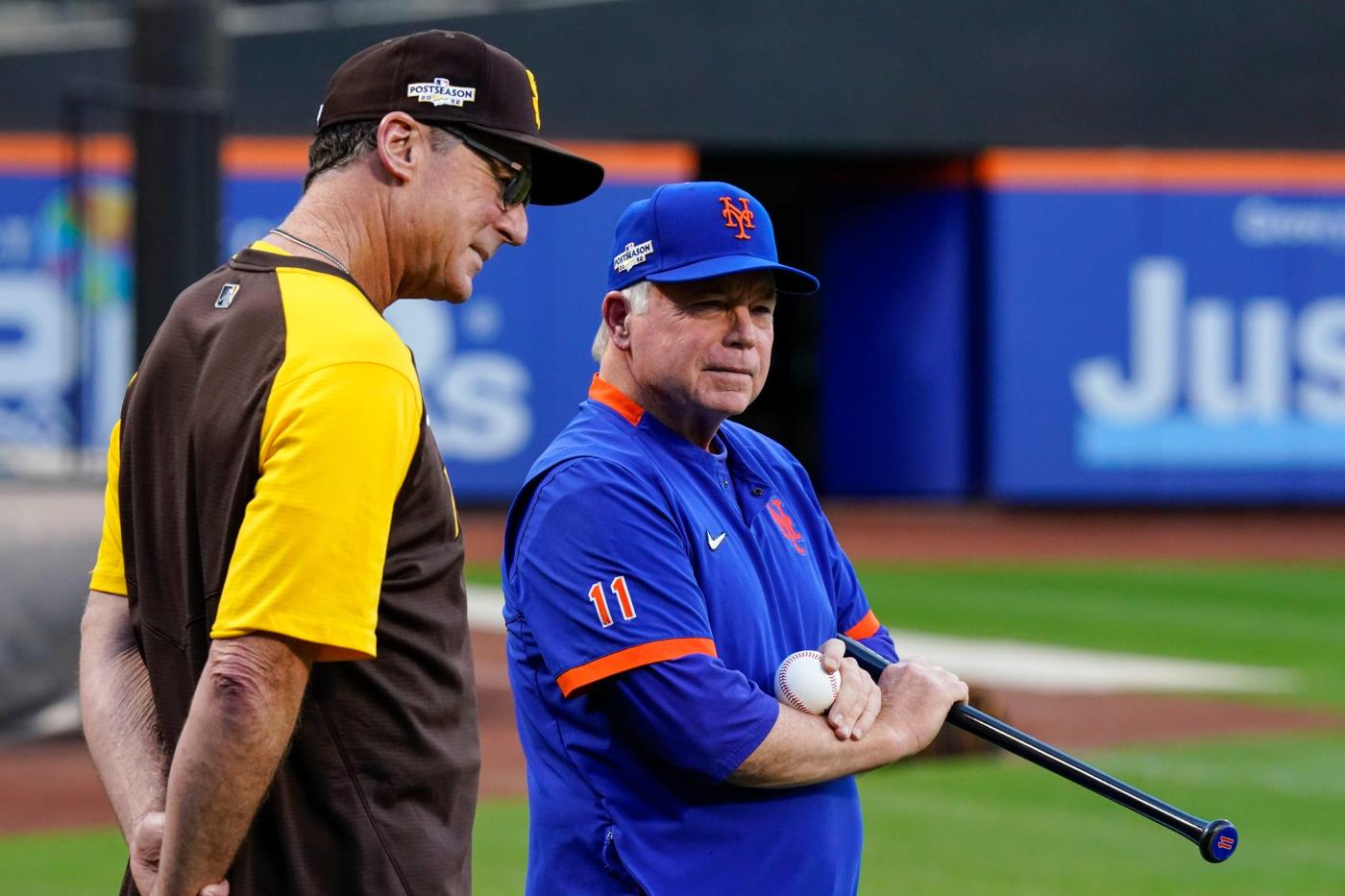 Buck Showalter has managed in a myriad of situations throughout his 21-year Major League managerial career. When the Mets skipper takes the field Friday night in the NL Wild Card Series, he’ll look over in the dugout and see an opposing manager that he once managed (Bob Melvin) and a 30-year-old third baseman who he managed at 20 (Manny Machado).

But the one thing he hasn’t done is manage a best-of-three series, like he will this weekend when the Mets host the San Diego Padres. Part of MLB’s expanded postseason, the wild card series is now three games instead of one and four teams in each league play instead of two. It’s a new challenge for even the most grizzled of veterans.

“We kept trying to reach there for something,” Showalter said Thursday after the Mets’ NL wild card workout at Citi Field. “But it’s hard to project.”

Just about the only thing he can project — or was willing to project — on the eve of the 2022 postseason was the starting pitcher for Game 1: right-hander Max Scherzer. Game 2 will either be Jacob deGrom or Chris Bassitt and both pitchers are prepared to start at some point over the weekend.

While Showalter might be playing coy with the media and fans, behind closed doors it’s a different story. Showalter has had a longstanding philosophy of transparency with players no matter what their status is on the team. While things can change quicker than a deGrom fastball in this game, he feels that allowing players to prepare will give them a chance to succeed.

Just ask Melvin, who played for Showalter on the 1994 Yankees. The former catcher was at the very end of Showalter’s bench in the Bronx, only getting into nine games for the Yankees that season. But Showalter wanted Melvin to make sure those nine games counted.

“He was the first manager that kind of explained to me why I was playing on a certain day,” Melvin said. “I didn’t get to play a ton so it was important to me. He let me prepare for a particular pitcher. So he would say, ‘OK, you’re playing this on this day,’ and it might have been two or three days before, so it let me visualize and prepare for that.

“I appreciated that as a bench player.”

The game has changed in a way that necessitates quality play from the bench. Maybe Showalter saw that coming and maybe he didn’t, but it was an important aspect of managing for him in the 1990s and it still is today.

“There’s an old expression: You always remember how somebody made you feel,” Showalter said. “You always try to put yourself in a relief pitcher’s shoes, you’ve got to pick their brain, you’ve got to talk to them. Especially up here, those people are going to be instrumental in whether or not you want to lose a baseball game. ‘Oh, he’s not that important.’ Well, all of the sudden you need him to play for a week.”

Showalter stressed that he still tries to put himself in the shoes of his players when facing certain situations. Melvin does as well because he learned to do so from Showalter.

“A lot of what I do now was influenced by him, even though he was a younger manager at the time,” Melvin said. “I’ve watched him very closely over the years and we’ve maintained a relationship, so it’s pretty cool to be in this situation.”

It’s clear that Showalter’s influence on the Mets has been largely positive this season. This was a team that has had championship aspirations ever since losing the 2015 World Series. The 2016 Mets lost the NL wild card game to the San Francisco Giants and until this year, haven’t made the playoffs since.

The “five aces” rotation fell apart. The club continually tried to patch the holes in the roster but were unsuccessful and often couldn’t get out of its own way. The Mets are on their fourth manager and fourth general manager since 2015.

New owner Steve Cohen couldn’t stabilize the operation overnight, but hiring Showalter over the winter proved to be the right move. This year, the won the second-most games in club history with the 66-year-old Showalter at the helm and the headlines have been largely positive and devoid of scandal. Whether or not Showalter leads the Mets to a World Series win, it’s clear he has had a hand in changing the culture.

Now that the transition has started, the veteran manager, who has taken four different teams to the postseason, faces a new challenge in this newly-reformatted postseason.

The Mets are eager to conquer it.

“We have the ability to be the last team standing, and regardless of where we’re at in the playoffs,” first baseman Pete Alonso said. “To get where we want to be, we have to beat everybody anyways.”