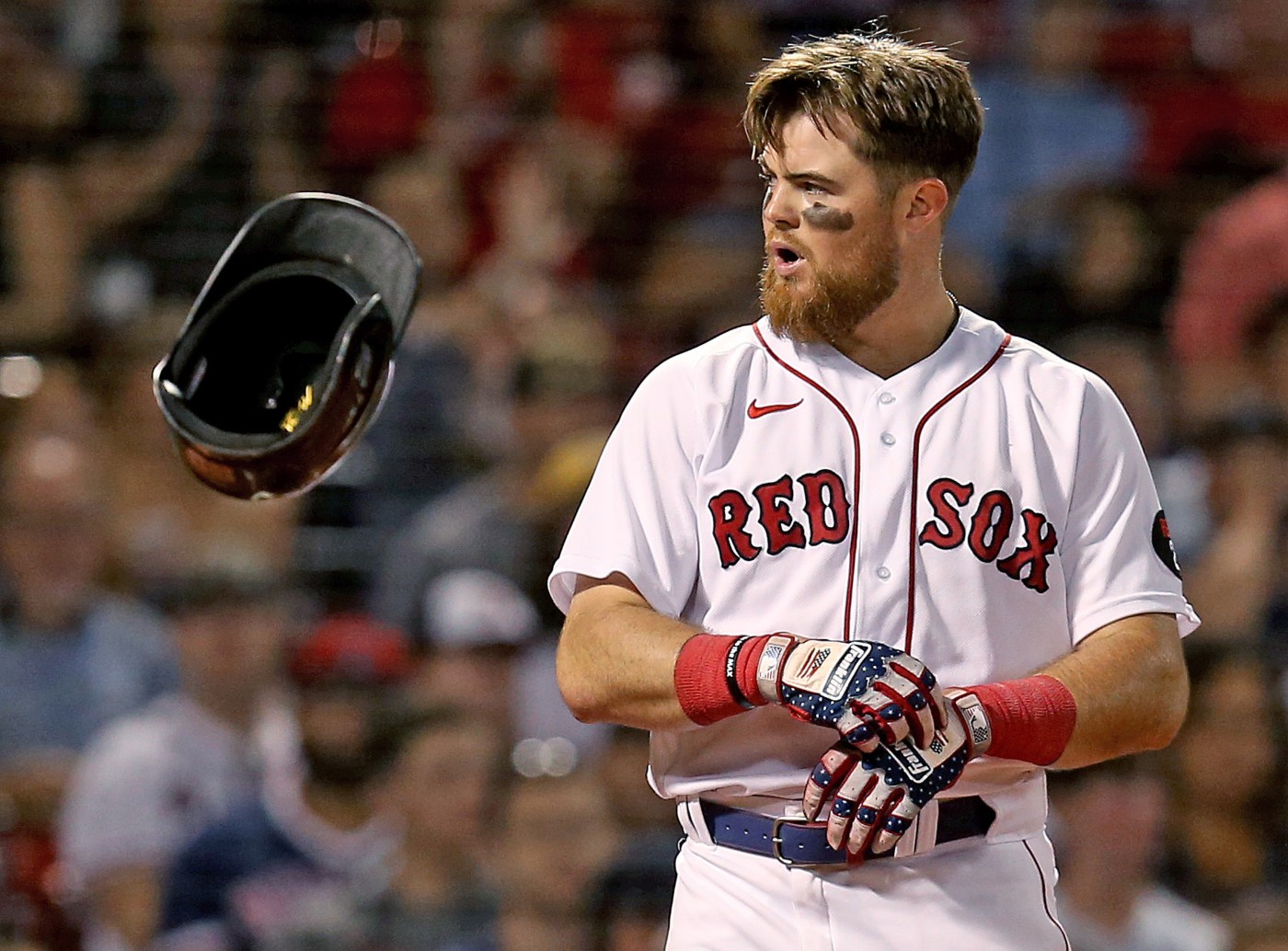 With a depleted bullpen, Red Sox’ manager Alex Cora said his starters “have to go deeper” into games before Wednesday’s matchup with the Atlanta Braves.

In a way, Nick Pivetta delivered, though not exactly as Cora might have hoped.

While Pivetta’s six innings bested Rich Hill’s four from the previous night, a three-run homer given up in the fourth inning put the Red Sox in a hole that the bullpen only dug deeper. Ultimately, four combined earned runs by Darwinzon Hernandez and Ryan Brasier in the seventh and eighth innings put the game out of reach as the Red Sox lost their second straight to the Braves at Fenway Park, 8-4.

Behind Tommy Pham’s four RBIs, it was a solid effort by the offense. But even a lackluster performance by the Braves bullpen was able to hand the Red Sox their fourth straight loss and sixth in their last seven games. Now at 54-58, they sit five games back of the third and final American League wild card spot.

After two strong innings to start the game, Pivetta began to flag in the third. In the fourth, after a single by Austin Riley, he issued his second walk of the game to Eddie Rosario, who sported a .172 average at the start of the day.

In the next at-bat, Marcell Ozuna, who has faced his own struggles this season with a .213 average coming into Wednesday, took Pivetta to deep left-center to give the Braves a 3-0 lead. They did not look back.

Pivetta rebounded in the fifth and sixth innings, while the offense began to stir as Pham plated one run in the fifth. But, despite their delayed entrance into the game, the Braves once again feasted on the Red Sox bullpen, as Vaughn Grissom, in his first MLB game, took Hernandez for a two-run home run in the seventh to take a 5-1 lead.

Pham again gave the Red Sox life with a three-run home run of his own in the seventh, but it was too little too late. Brasier gave up two runs of his own in the eighth as the Braves extended their lead to 7-4 before Austin Davis was brought in to close out the frame.

Kaleb Ort, of a disappointing outing Tuesday night, again struggled as he gave up the Braves’ eighth run of the night in the ninth inning.