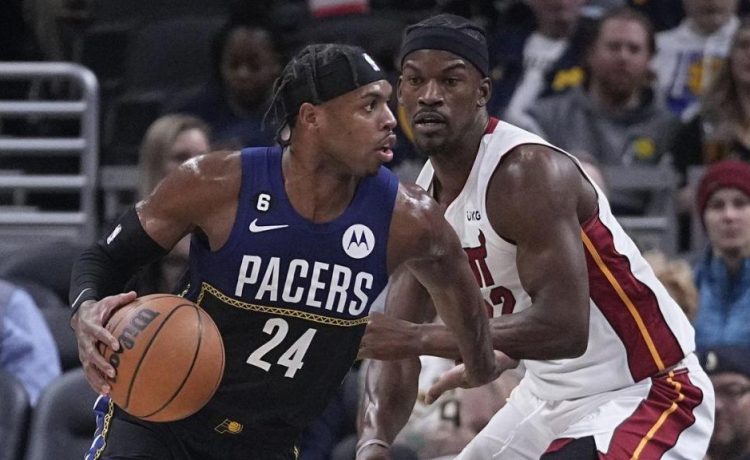 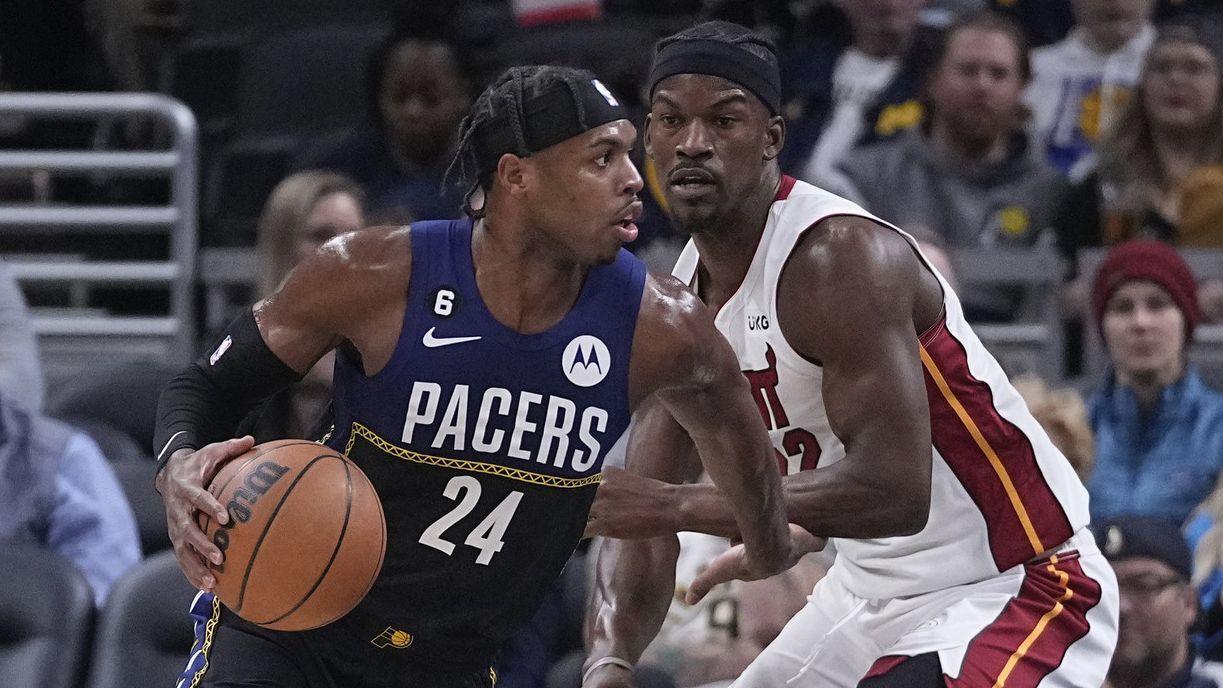 In a season when the Miami Heat apparently can’t have good things, the 19-point second-quarter lead Monday night against the Indiana Pacers seemed illusory.

By the midpoint of the third quarter, it was a deficit.

Fortunately, there is Jimmy Butler.

And fortunately in a game when points were hard to come by, the Heat got a seven-point run by Butler when needed most late in the fourth quarter, allowing the Heat to escape with an 87-82 victory at Gainbridge Arena, the NBA’s lowest-scoring game of the season.

No, this was not about style points.

But at this point, the Heat take it and move on, amid the ongoing quest for .500 and beyond.

Bam Adebayo supplied the power element, closing with 22 points and 17 rebounds, as the Heat improved to 13-15.

1. Closing time: The Heat led 26-19 after the first quarter, went up 19 in the second, but saw that lead trimmed to 47-42 at the intermission, after an 18-4 Indiana run to close the second quarter.

The Heat then fell behind in the third, before taking a 67-64 lead into the fourth.

Yes, still, it wasn’t over, with a Buddy Heild 3-pointer with 42 seconds left after a Heat turnover moving the Pacers within 86-82.

And then another Heat turnover, off a Lowry inbounds pass.

That time, however, the Pacers reciprocated with a turnover, with Myles Turner stepping out of bounds.

That put Adebayo to the line with 22 seconds to play, when he made only the second of two free throws for an 87-82 lead, the Heat holding on from there.

2. Simply offensive: To put into perspective how much of a slog it was to get to the fourth-quarter, consider that the 131 points were the fewest through three quarters in an NBA game this season, according to the Associated Press.

Beyond the Heat’s 26-point first quarter, neither team scored more than 23 in any period to that stage.

The Heat stood 7 of 29 on 3-pointers entering the fourth.

3. Adebayo attacks: After an effort in Saturday’s home loss to the San Antonio Spurs below his recent standards, with 12 points and nine rebounds against the Spurs, Adebayo was up to 15 points and 12 rebounds by halftime.

Adebayo had nine rebounds and nine points in his 8:40 in the second period.

He was up to 19 points and 15 rebounds going into the fourth quarter.

4. Strus revived: Benched for the second half of Saturday’s loss to the Spurs, Max Strus was back in his regular rotation role, first to enter off the bench.

He promptly converted a pair of early 3-pointers.

He remained in the mix in the second half, as well.

“The attempt was to spark something with that second unit,” Spoelstra said earlier Monday of Saturday’s move with Strus.

Strus closed with nine points on 3-of-12 shooting, all on 3-pointers.

5. Oladipo returns: The game was the first back for Oladipo since he was dealt by the Pacers to the Houston Rockets in January 2021. The Pacers played a pregame video tribute, with Oladipo receiving a warm welcome.

Oladipo, who is completing his first week of action, after recovering from preseason knee pain, entered midway through the first period, briefly playing alongside Butler and Herro.

After missing his first three shots, Oladipo converted a 3-pointer late in the third period for his first points.