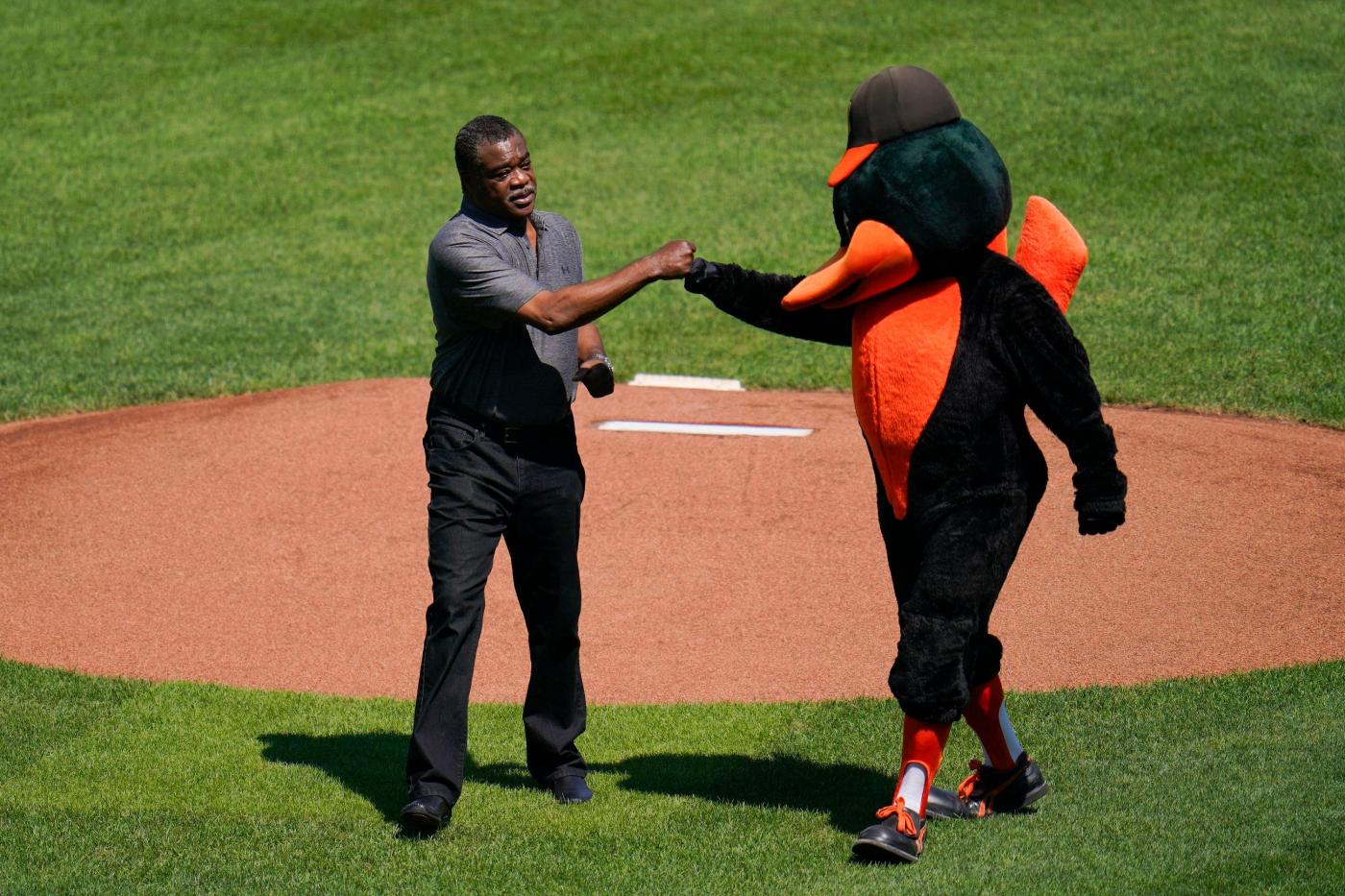 The Orioles on Tuesday announced the initial list of former players who will participate in the team’s August celebration of Camden Yards’ 30-year anniversary.

Eddie Murray, Chris Davis, Robert Andino, Rick Sutcliffe, Jay Gibbons, Chris Hoiles, Rodrigo López and Jeff Reboulet will be honored before Baltimore’s Aug. 6 game against the Pittsburgh Pirates. It’s not a final list of players, an Orioles official said. The team has extended invites to several other alumni and will add them to the list as they confirm they will attend.

Notable exclusions from the first list include shortstop Cal Ripken Jr., whose record 2,131st consecutive game came at Camden Yards; center fielder Adam Jones, who holds many of the ballpark’s offensive records; and right-hander Mike Mussina, who won 30 more games at the venue than any other pitcher has.

In April, Jones told 105.7 The Fan he had not yet been invited to the festivities. As of publication, he did not respond to a message from The Baltimore Sun about whether that had changed.

Ripken Jr., 61, has a scheduling conflict and won’t be able to participate in the 30-year anniversary events, his spokesman John Maroon said Tuesday evening. Recently, Major League Baseball encouraged the Orioles icon to join an ownership group if the team — now the subject of a bitter dispute among the family of owner Peter Angelos — is sold, people with knowledge of the league’s interest told The Baltimore Sun last month.

Murray is a member of the Hall of Fame, hitting 343 of his 504 career home runs with Baltimore. In Camden Yards history, Davis trails only Jones in home runs, leading the majors in both 2013 and 2015 before signing a franchise-record seven-year, $161 million deal, during which he historically struggled; this celebration would mark Davis’ first public appearance at the ballpark since retiring in the middle of last season because of a left hip injury.

Andino is best known for his walk-off single in the final game of the 2011 season to keep the Boston Red Sox out of the playoffs. Sutcliffe pitched a shutout in the first game in Camden Yards history. Gibbons spent seven of his nine major league seasons with the Orioles, while Hoiles’ entire 10-year career was with Baltimore, and he drove in the first run in the stadium’s history. López was the Orioles’ opening day starter in 2003, 2005 and 2006. Reboulet played for the Orioles from 1997 to 1999.

The celebration includes events from Aug. 4-6, with Orioles alumni serving as guest bartenders at the Guinness Open Gate Brewery from 6 to 8 p.m. Aug. 4. The team and Orioles Advocates will host a luncheon in the B&O Warehouse that will include a Q&A session, a silent auction, raffles and door prizes, with all currently announced players except Murray attending. An hour before that night’s game — which features a Cedric Mullins bobblehead giveaway for the first 20,000 fans 15 and older — former players will sign autographs for free on Eutaw Street.

The Aug. 6 game, for which the Orioles are offering 1992 throwback prices, will include a pregame ceremony where each former player in attendance will be recognized for his time in the organization. All alumni will wear a jersey that will be autographed and auctioned to benefit the Orioles Charitable Foundation. The first 15,000 fans 15 or older in attendance will also a T-shirt recognizing Camden Yards’ 30th anniversary. After the game, there will be a concert featuring Dru Hill, Sisqó, Smash Mouth and DJ Spinderella.