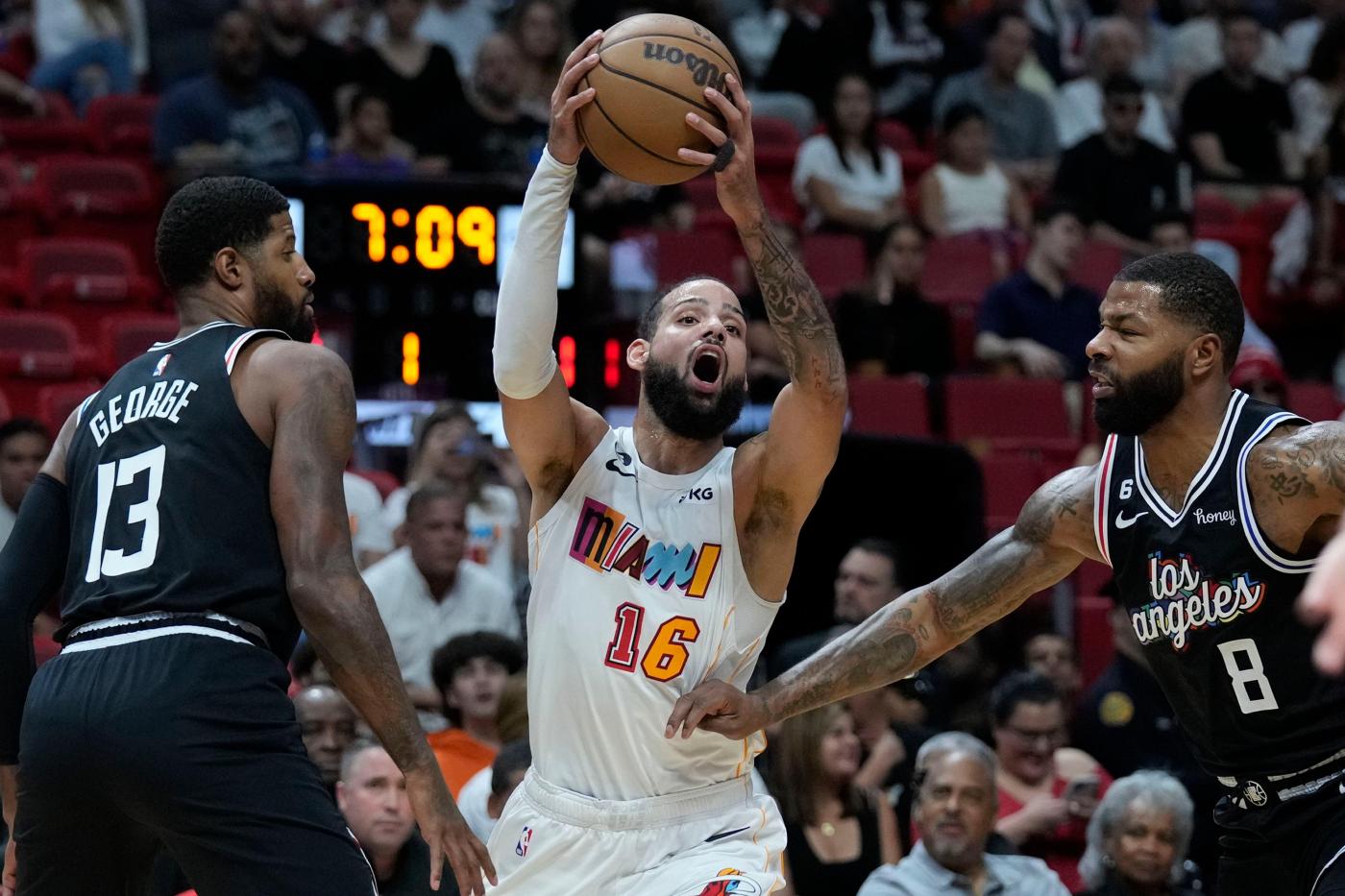 Caleb Martin has been one of the Heat’s steadiest players while many on the rest of the team deal with injuries, but Miami’s starting power forward has missed the past two games with an ankle injury.

The fourth-year forward is working toward getting back on the court for the short-handed Heat, and he returned to practice Thursday as his sprained ankle continues to heal.

“It’s better right now,” Martin said. “Just taking it day-by-day. … Today was my first time getting back to playing on the court and doing movement activities for the past couple days. It’s getting there. It’s feeling a little better.”

Martin, who has missed only three games this season, said he wants to get back on the court as soon as he can.

“It hurts worse not playing than to try to play,” Martin said. “Obviously, I’m competitive. I want to go out there and compete with my guys. They look like they’re having fun. It’s like being a little kid when you see guys out there having fun without you, you want to get back out there as quick as possible.”

December has not been kind to Heat forward Max Strus. Since the calendar turned, the fourth-year forward has seen his shooting touch lag behind his career norms.

Strus has shot just 32 percent from the field and 24 percent from behind the arc over his past 10 games — below his career averages of 43 percent and 37 percent, respectively.

Spoelstra said he thinks Strus has struggled to get into a rhythm lately because the team has moved him around to different roles while other players have been hurt.

“It’s not an excuse, it’s just a reality, with the moving parts, we’ve shifted Max’s role like three or four different times,” Spoelstra said. “And it is hard for shooters to have great rhythm and flow when just the foundational role is changing a lot, OK? Now, we have empathy and understanding about that. I think as we’re starting to get healthier, I think that role clarity will help.”

Spoelstra said he has already seen the team as a whole start getting closer to their usual shooting form.

“Three-point, ignitable guys need that flow, need a rhythm, need a synergy with everybody to get that confidence, and that’s what we’ve been working on, and I think that’s going to help all of our shooters,” Spoelstra said. “I’m already seeing the quality of our shots improving and then it’s a matter of them seeing two go in in a row ad then they take care of the rest. The ignitability and the flammability, that just happens at that point.”

Heat legend Dwyane Wade was not the only South Florida basketball great nominated for the Naismith Memorial Basketball Hall of Fame on Wednesday.

University of Miami coach Jim Larrañaga was also tabbed as a nominee, and his fellow local coach had effusive praise for the college legend.

“That’s so awesome and so deserving,” Spoelstra said “He’s won with multiple programs. I just love the way he builds a program, and that’s at all levels. They play a fun style of basketball. They bring in high-quality student-athletes and they also generate an interest in the program. But I think that’s because of his personality and his enthusiasm and his passion. If you spend any time with him, you’re drawn to him.

“He’s super approachable and a really fun guy to be around. But his basketball acumen is Hall of Fame worthy. He’s top of the food chain at what he does.”