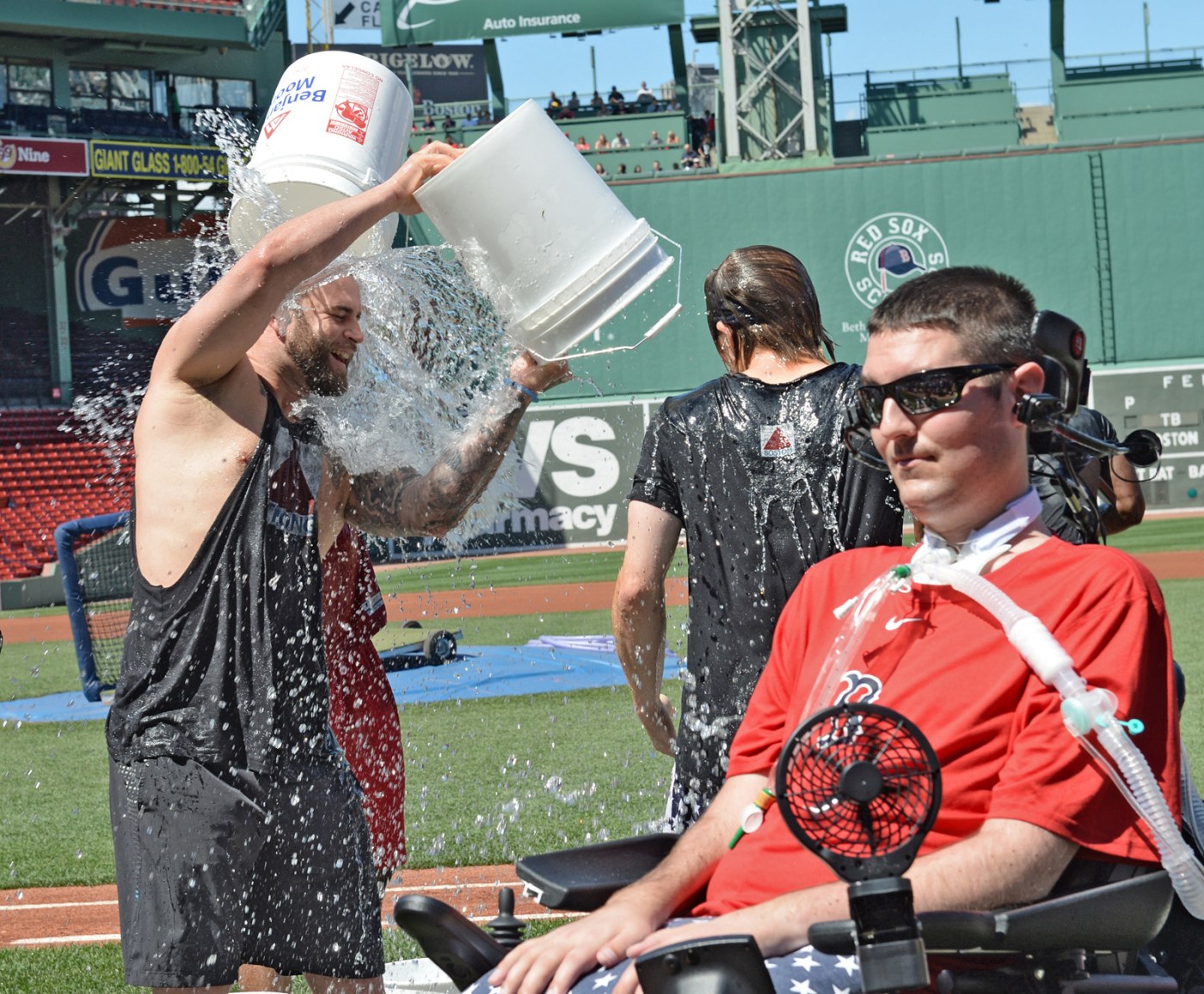 A Cambridge company’s ALS treatment drug, which has been boosted by funding from the Ice Bucket Challenge, has received approval from the FDA.

Amylyx Pharmaceuticals got the OK from the U.S. Food and Drug Administration on Thursday, giving the green light for the local firm’s ALS drug treatment for the relentlessly progressive and fatal neurodegenerative disorder.

The FDA’s decision to approve RELYVRIO, previously known as AMX0035, is an “exciting milestone for Amylyx, representing our first regulatory approval in the U.S. and our second regulatory approval worldwide, and importantly, the broader ALS community, including people living with ALS, their families, and clinicians,” Amylyx Co-CEOs Josh Cohen and Justin Klee said in a statement.

“If not for the Ice Bucket Challenge, we wouldn’t be here,” Klee told the Herald in a recent interview.

Amylyx’s drug is a significant development for the ALS community, which has few treatment options. About 30,000 people in the U.S. have ALS, according to estimates.

The company’s drug in trials showed that it can slow the disease’s progression and help patients survive longer. Data from the company’s trial of AMX0035 showed that the drug slowed down disease progression by at least 25%, and increased lifespan by several months.

“Amylyx’ goal is that every person who is eligible for RELYVRIO will have access as quickly and efficiently as possible as we know people with ALS and their families have no time to wait,” the co-CEOs said. “Our teams are in place and ready to help people living with ALS gain access to this important new therapeutic option.

“While Amylyx is working on launching RELYVRIO, healthcare professionals will be able to write prescriptions for RELYVRIO immediately by enrolling their patients into our comprehensive support program that we are implementing,” they added. “This support program will provide people living with ALS who have been prescribed RELYVRIO and their loved ones, with a dedicated, single point of contact to guide their treatment journey.”

A decade ago, when the Amylyx co-founders were recent college graduates launching the company, they were struggling to receive financial investments in the firm. Then local ALS patient Pete Frates, along with ALS patient Pat Quinn and their families started the Ice Bucket Challenge.

Some of that funding from the Ice Bucket Challenge went to grants, and Amylyx received a $3 million grant. With that, the company was able to raise significant funding.

The company also has a personal connection to the Frates family. Frates’ cousin Jim is Amylyx’s CFO.

Earlier this month, an FDA advisory committee — the Peripheral and Central Nervous System Drugs Advisory Committee — voted 7–2 that the available evidence of effectiveness is sufficient to support approval of AMX0035 for the treatment of ALS.