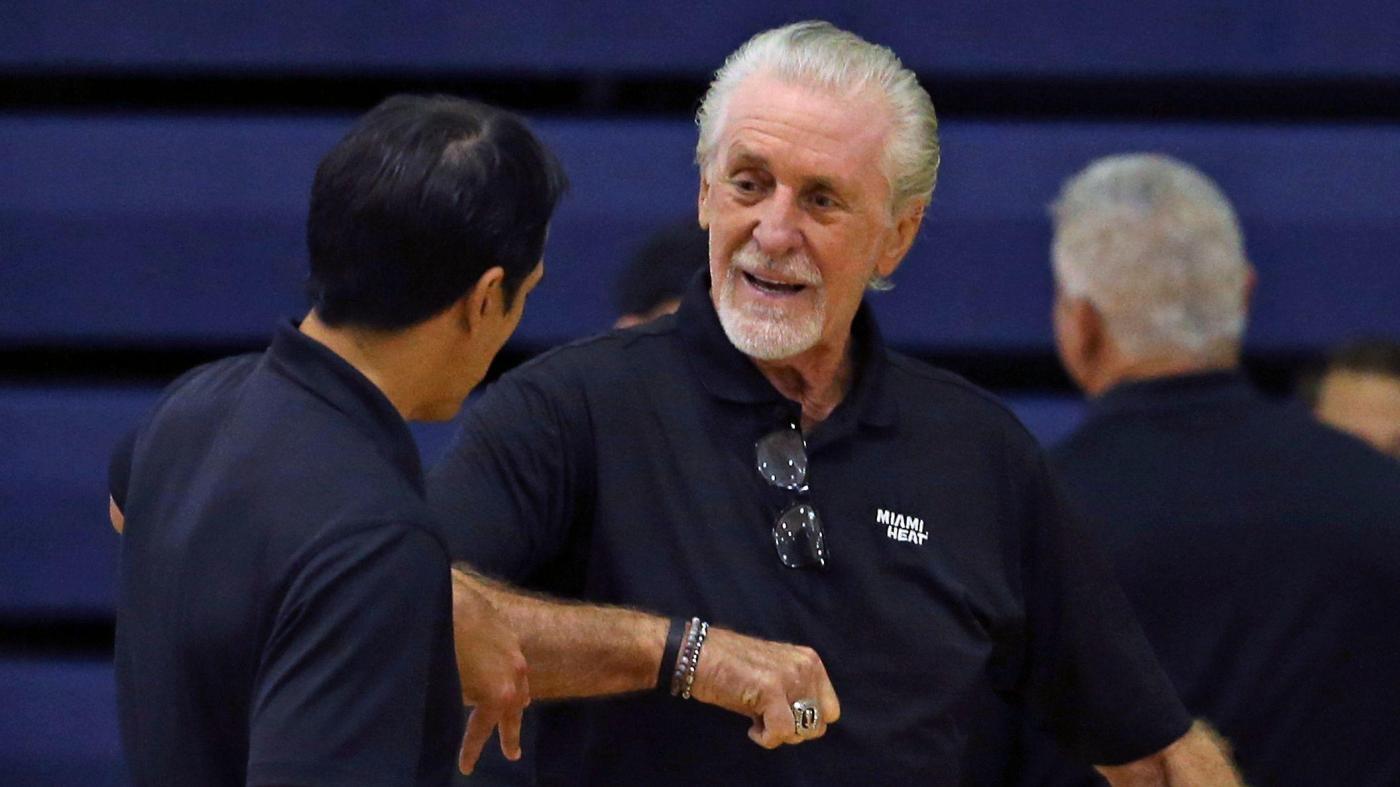 In bringing back point guard Dru Smith from both last year’s camp roster and then their July summer-league roster, the Heat have reached the maximum of 20 players for their training camp that opens Tuesday in the Bahamas, after Monday’s media day at FTX Arena.

Teams are allowed to carry a maximum of 20 players in the offseason, before being required at the start of the regular season to trim to no more than 15 on their standard roster — plus a maximum of two two-way players.

However, because the Heat stand at the threshold of the NBA luxury-tax line for excessive payroll, the team is expected to go with a maximum of 14 players under standard contract at the start of the regular season.

That likely makes Smith one of four players the Heat will funnel to their G League affiliate, the Sioux Falls Skyforce, ahead of the start of the regular season. By signing players for camp, the Heat can provide up to a $50,000 guarantee for players who then agree to spend time with their developmental affiliate once waived.

In addition to Smith, three undrafted players who spent summer league with the Heat before being added to the camp roster also are expected to be placed in such a pipeline: University of San Francisco guard Jamaree Bouyea, Oakland University guard Jamal Cain and Fresno State center Orlando Robinson. Such released-and-funneled players become eligible to be signed by any NBA team.

In addition, the Heat currently are carrying Marcus Garrett and Darius Days on two-way contracts, deals that do not count against the team’s salary cap. Those spots can be swapped out for alternate players at any time if either is waived, which leaves open a possible path for Smith, Bouyea, Cain or Robinson to remain with the Heat beyond training camp.

In addition to media day on Monday and the start of camp Tuesday at the Baha Mar resort in the Bahamas, the Heat will hold their intrasquad open scrimmage Oct. 3 at FTX Arena, followed by their preseason opener the following night against the visiting Minnesota Timberwolves. The Heat’s 35th NBA season opens Oct. 19 at FTX Arena against the Chicago Bulls.