Todays Though > News > Can the Patriots use their backs to crack the Jets defense?
News

Can the Patriots use their backs to crack the Jets defense? 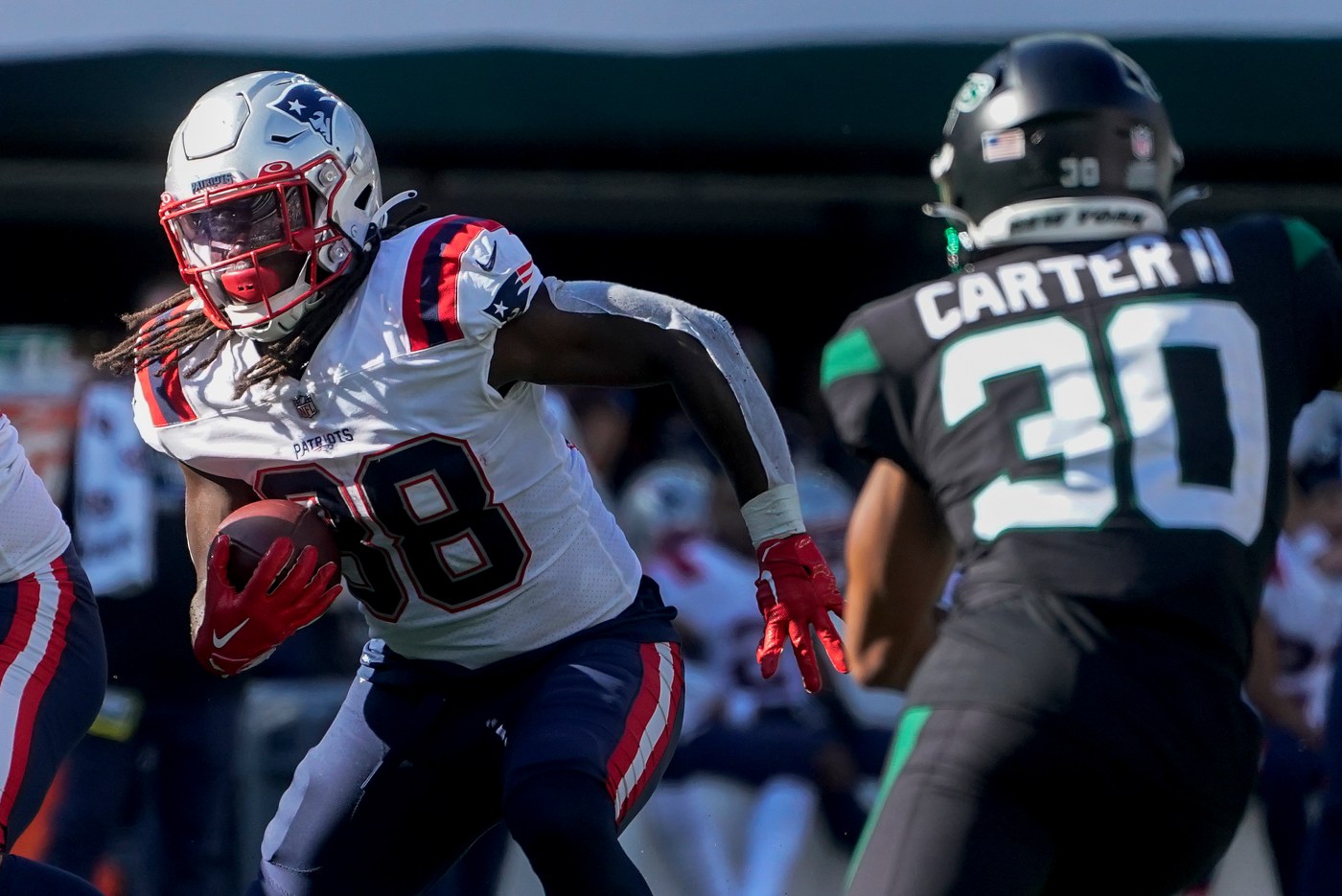 While the yards were hard to come by, Patriots running backs Rhamondre Stevenson and Damien Harris still managed to put a little dent into the Jets wall up front during their Week 8 meeting.

Stevenson and Harris are going to have to inflict more damage in the return match with the Gang Green on Sunday.

On Tuesday, running backs coach Vinnie Sunseri acknowledged how well the Jets have been against the run, with linebacker C.J. Mosley, who had 13 tackles during the first game, leading the charge.

Stevenson, who is averaging 4.8 yards per carry, will be a key player, both running and catching the football against the Jets. Sunseri noted how much Stevenson has improved as a runner and overall football player this season. Last year, Stevenson relied pretty much on his talent alone. This year, he’s become a more nuanced runner, and understands how to better utilize his talent.

“He’s worked extremely hard. A lot of last year, I really believe, he’s a really talented football player. I think that’s what he played on last year,” said Sunseri. “And this year, he’s really trying to dive into — with the help of a lot of guys around him — scheme, how people play certain coverages, how people like to pressure . . . I think that’s where he’s grown the most this year. His understanding of defenses, how coverages are being played, how he can run certain routes, or how things should be blocked based on what the looks are.”

The Patriots had a measure of success when they went to more outside zone runs in the second half of the Week 8 win. We’ll see if they go back to that well on Sunday in the rematch.

Said Sunseri: “We really have to go out and show our best and try and play as tough as we can because they’re a good front seven. It should be good fight up front.”