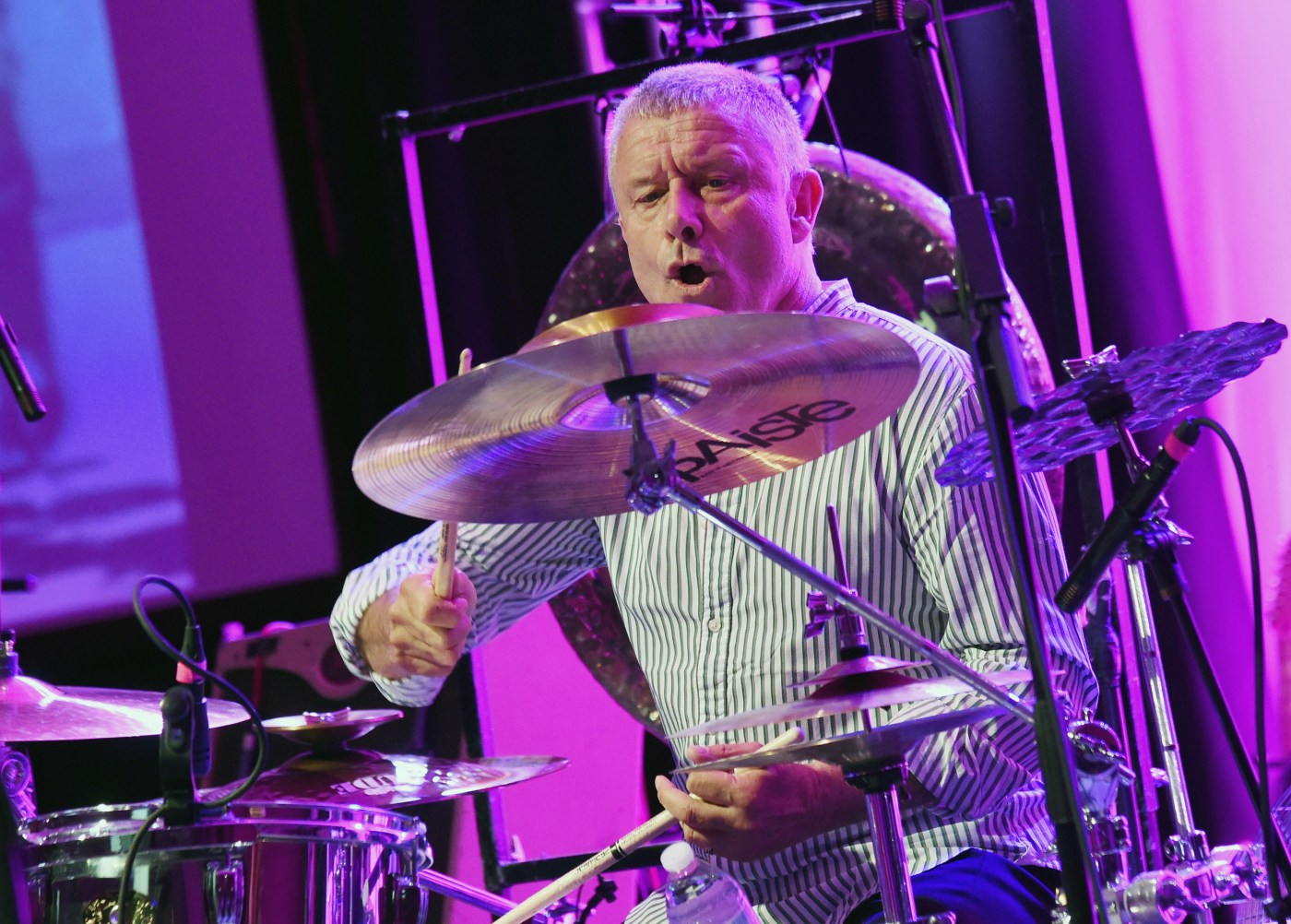 Prog-rock kingpins Emerson, Lake & Palmer wrote their share of songs about the blessing and curse of technology. And now technology is bringing the band back to life.

Drummer Carl Palmer has taken the reins for a show billed (after one of their lyrical catchphrases) as “Welcome Back My Friends: The Return of ELP,” which hits the Wilbur on Sunday. The show reunites him with keyboardist Keith Emerson and singer/bassist Greg Lake, both of whom died in 2016. Instead of using holograms, Palmer and his live trio will be synced to video footage of the band playing the Royal Albert Hall in 1991.

“Keith and Greg were both tech freaks, so I think they’d agree this is the way to do it,” Palmer said this week. “When I started thinking about this, I saw the hologram shows that were out there. I went to a Frank Zappa concert and wasn’t impressed, to tell you the truth. It was Frank’s face superimposed onto someone’s body of similar stature, so it wasn’t a very real deal. What I wanted was footage of the band at its very best, then my manager pointed out that we had this great footage that we’d shot for DVD. It was a five camera shoot and all the instruments were recorded separately. And it was band approved, which I think makes this more honest.”

Adapting that for a live show brought a few headaches. “The main thing was taking myself out of the video, and editing the others back into those places. And then, mixing the audio so the tunes would be complete and I could play along with them. But lo and behold, after nine weeks of editing we had seven pieces of music ready. I know that Paul McCartney [on his most recent tour] had John Lennon singing a few lines, but I’m actually playing a complete piece of music with Greg and Keith. From that point of view I am right there with them – We are a band, just like we used to be.”

The show keeps Palmer busy enough that he barely has time to think about the emotional aspect of playing with his mates again. “I probably lost that emotion after the first week of editing, after that it became a labor of love, because I know those guys would have seen it that way. I have a drum track in my monitor to keep me in time with what’s going on out there; it takes a bit of honing to do it without fluctuating. But there’s still a wow factor where I can look out there and see Emerson sticking daggers into his keyboard.”

ELP’s music has gone in and out of fashion, especially during the punk and grunge eras. But Palmer remains a booster of the band he originally joined at age 20. “It’s music that will be played forever. To me it’s not just rock music, it’s not really metal, it’s not even just prog. We played such a variety of music. We had love songs like ‘Still…You Turn Me On,” we had rock pieces, we had classical pieces like ‘Fanfare for the Common Man.’ So for me, this is a way of getting it back into the mainstream, and showing people in their 30’s and 40’s what they were missing.”

Now 72, Palmer can still drum with full firepower, which he credits to being scrupulous about health. “I’ve been a vegan for about 13 years and I’m on a plant-based diet. I’ve got a great group of doctors and dieticians that I see regularly. I’ve had a few problems with irregular heartbeats, but overall I’m fairly healthy. And all I want to do is play drums, that’s all I’ve ever done. I’m not going to be sitting around at home with a remote in my hand.”