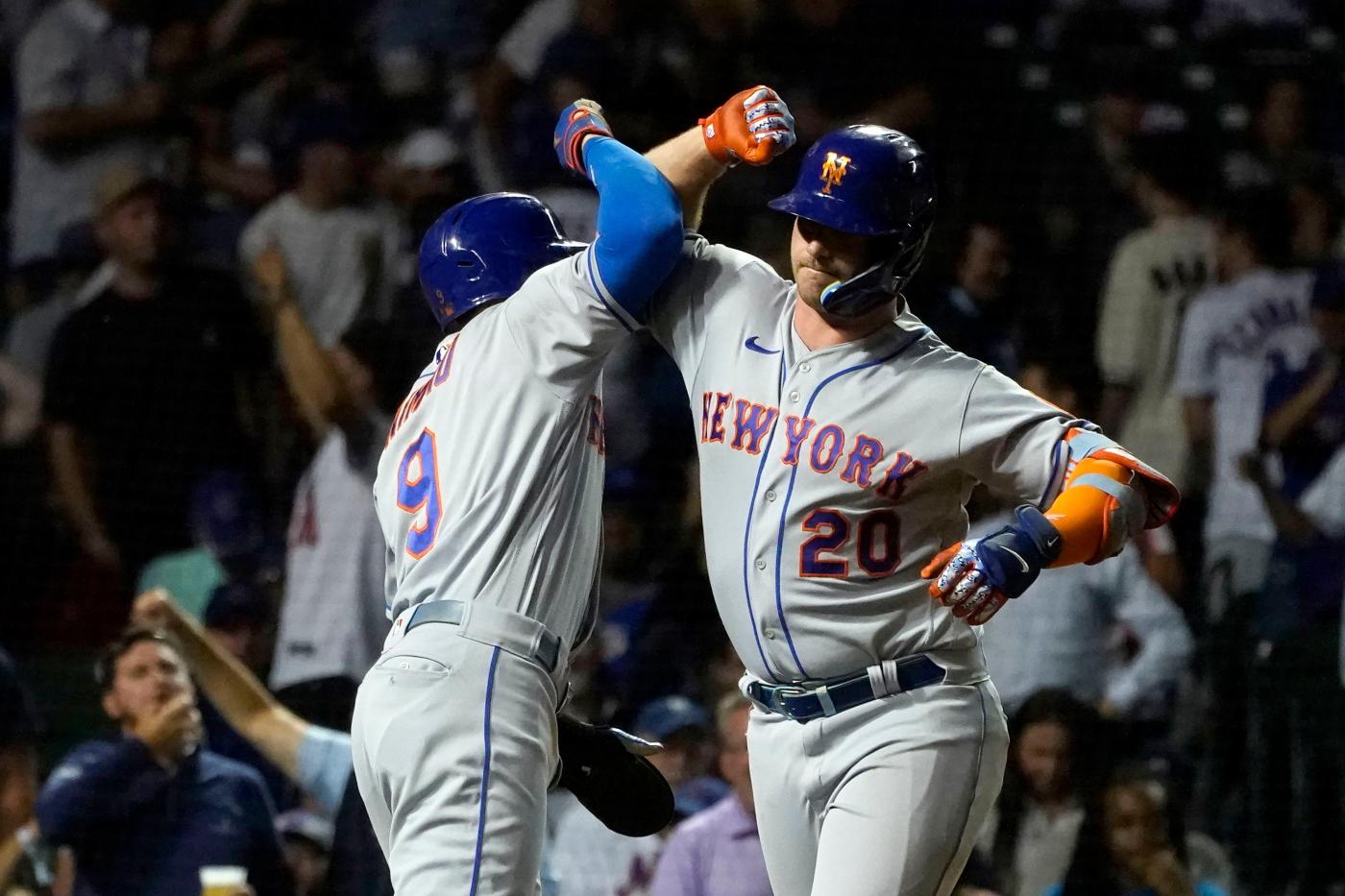 CHICAGO — The Mets rotation is just an All-Star break away from becoming whole, which means Carlos Carrasco’s days of stepping up in the starting five are coming to an end.

Carrasco will drop to becoming the team’s fifth starter, or lowest on the totem pole, once Jacob deGrom rejoins the club following a year sidelined from major-league action with injuries. It’s where the Mets front office envisioned Carrasco’s place in the rotation, so in many ways he will be ending up where he belongs.

“He’s been great all year, the way he’s been able to concentrate on dominating hitters and doing what he needed to do to help the team win,” said Starling Marte, who went 2-for-5 with an RBI and a run scored in his first day back from a groin injury. “To see him be able to go day in and day out with the same type of consistency to help the team win, it’s been really big for us.”

If Carrasco can continue turning in the kind of gem he did on Thursday night, in the Mets’ 8-0 win over the Cubs at Wrigley, then his demotion to No. 5 starter should terrify opposing hitters. Soon-to-be looming ahead of Carrasco? DeGrom, Max Scherzer, Taijuan Walker, and Chris Bassitt. Sheesh. Particularly when Carrasco is at his best, there is simply no room to breathe with a rotation that strong.

“He’s reminded people of what kind of pitcher he’s been in the past and has been this year,” Buck Showalter said of his Thursday night starter.

Carrasco tossed six scoreless innings to help set the tone in the Amazin’s series-opening win. The Cubs scattered five hits off the veteran right-hander, who walked two batters and struck out five across 90 pitches. Thursday was Carrasco’s fourth shutout of the season, and his longest outing since June 17. He owns a 1.56 ERA over his last three starts and will enter the All-Star break with a 4.27 ERA.

He picked up his 10th win out of 18 starts this season, joining five other MLB starters to collect double-digit wins before the All-Star break.

“I just want to give an opportunity to the team to win some games and make it to the playoffs,” Carrasco said. “Nobody’s talking about the wins, nothing like that, and I don’t mind. I just pay attention to the game. We won today, and I think that’s more important. Let’s finish the first half strong.”

Every batter in the Amazin’s starting lineup reached base against three Chicago arms. Pete Alonso and Brandon Nimmo both homered, while Patrick Mazeika contributed with a big two-run double to right field in the second inning that opened the Mets lead to 4-0.

Alonso’s two-run home run in the eighth inning gave him 74 RBI on the season, which ties David Wright’s team record for most runs batted in before the All-Star break. The Mets first baseman has about 15 at-bats remaining in this four-game Mets-Cubs series to try and break Wright’s record.

After which, of course, Alonso will try to become the first slugger in history to win three consecutive Home Run Derby titles. No breaks for this polar bear, who was also selected to his second-career All-Star Game.

Trevor Williams took the ball from Carrasco and pitched the final three innings of Thursday night’s Mets win. It was Williams’ first time pitching in a week and he picked up right where Carrasco left off, recording three shutout innings and whiffing four batters in his 17th outing of the season.

Williams collected his first career save in his 146th appearance after the three-inning effort. He also gave the remainder of the Mets bullpen a solid day of rest before the final three games before the break.

“That was good to give everybody a blow down there before we break for the four days,” Buck Showalter said of saving his bullpen. “Going into the next three days – three days we’d like to finish strong.”