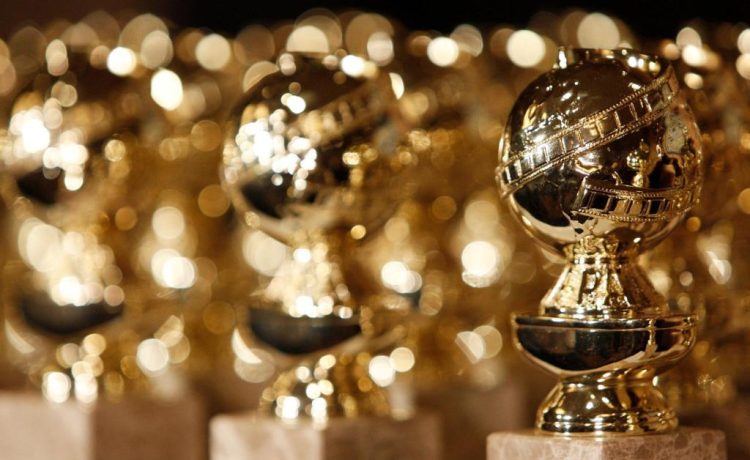 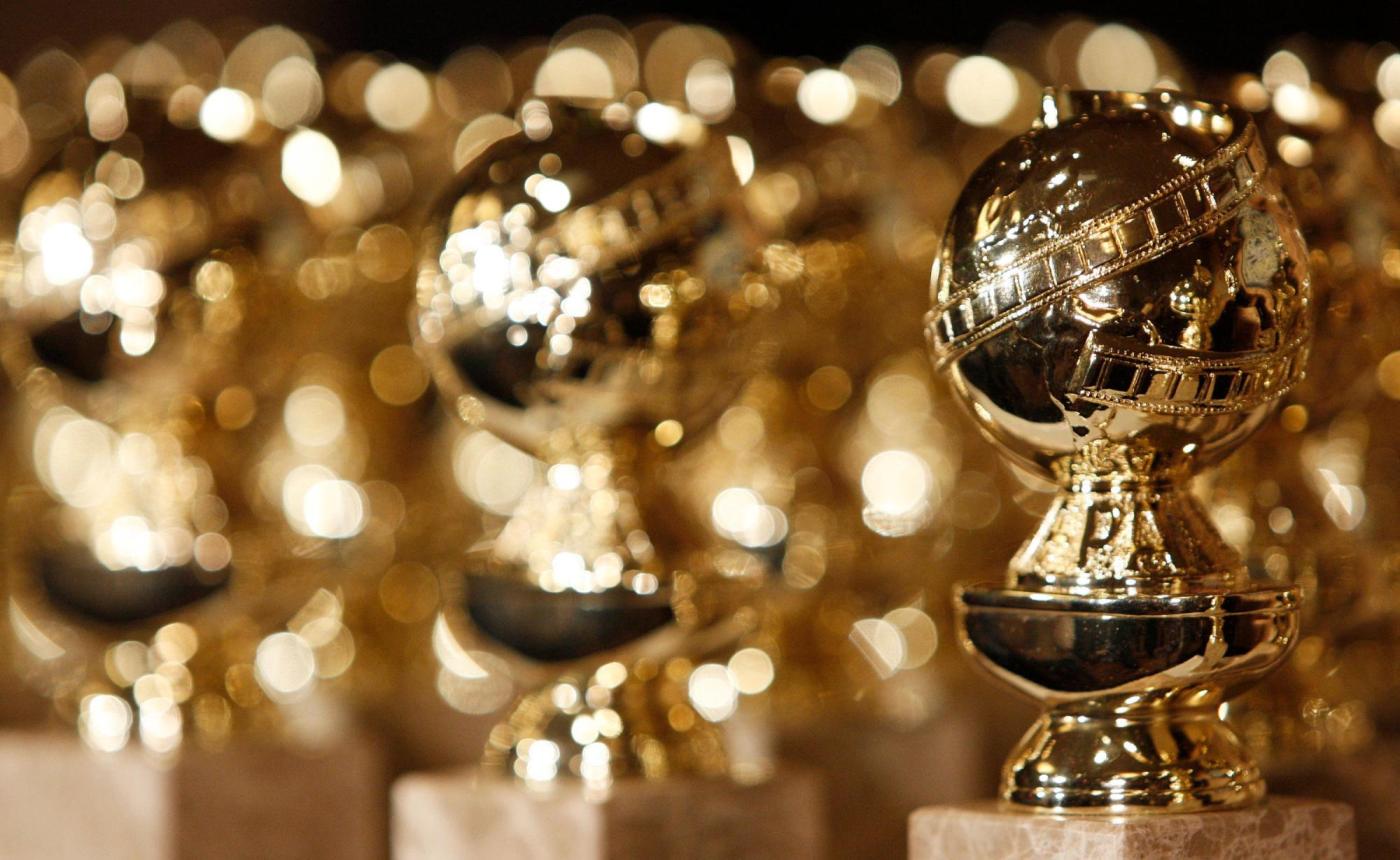 The Golden Globes returned to the air Tuesday with a red carpet flush with celebrities and comedian Jerrod Carmichael as emcee, as the beleaguered award show sought to rekindle its pre-pandemic and pre-scandal glamour.

Carmichael kicked off the 80th Golden Globes from the Beverly Hilton in Beverly Hills, California, with little of the fanfare that usually opens such glitzy ceremonies, diving straight into the issues that drove the Globes off the air and led much of the entertainment industry to boycott the Hollywood Foreign Press Association. He opened by asking the crowd to “be a little quiet here.

“Welcome to the 80th annual Golden Globe awards. I am your host Jerrod Carmichael,” said the comedian, who won an Emmy last year for his HBO special “Rothaniel.” “And I’ll tell you why I’m here. I’m here because I’m Black.

“I won’t say they were a racist organization,” he continued before sitting on the stage. “But they didn’t have a single Black member until George Floyd died. So do with that information what you will.”

Carmichael said he declined to meet with HFPA president Helen Hoehne ahead of hosting. Instead, he said he took the job for the money, and to honor the film and TV industry.

The night’s first award went to Ke Huy Quan, the former child star of “Indiana Jones and the Temple of Doom,” for best supporting actor in “Everything Everywhere All at Once.” A clearly emotional Quan, who had left acting years before directors Daniel Kwan and Daniel Scheinert cast him in their multiverse tale, thanked them for his second act.

“Thankfully, more than 30 years later, two guys thought of me,” said Quan. “They remembered that kid. And they gave me the opportunity to try again.”

“Weeping may come in the evening, but joy comes in the morning,” Bassett said, referencing the loss of “Black Panther” star Chadwick Boseman.

The red carpet (colored gray this year) was just as crammed with decked-out stars as ever ahead of the ceremony Tuesday, including Bassett in glittering silver and Lily James in a long-flowing red dress . Whether viewers were also returning, too, remains to be seen. The Globes traditionally have been a looser, more uninhibited appetizer to the Academy Awards, but this year, storm clouds surround the award show.

Stars and studios boycotted last year’s ceremony, which NBC opted not to televise, saying the Hollywood Foreign Press Association needed time to make “meaningful reform” after reports revealed the group’s lack of diversity and a litany of ethical indiscretions. A year later, much — though not all — of Hollywood appeared ready to party, again.

The Globes also unfolded against the backdrop of heavy rains that have lashed Southern California and caused flooding up and down coastal areas and in the mountains outside Los Angeles. Prolonged rainfall, exceeding a foot since Sunday in some regions, caused flooding, mudslides and evacuations.

The broadcast from the Beverly Hilton in Beverly Hills, California, for the first time was livestreamed, on NBCUniversal’s Peacock, in addition to airing on NBC. When the Globes were on the brink, NBC reworked its deal with the HFPA, putting the awards on a one-year contract and moving the show to Tuesday from its regular Sunday night spot.

That meant the Globes were essentially put on a one-year audition to recapture its awards-season perch and relevancy to a Hollywood that seemed ready to abandon them for good.

But much of the industry turned out Tuesday. Eddie Murphy and Ryan Murphy were set to receive tributes. Presenters were to include Ana de Armas (a nominee for “Blonde”), Jenna Ortega (nominated for “Wednesday”), Billy Porter, Tracy Morgan, Jennifer Coolidge (nominated for “White Lotus”) and Quentin Tarantino. Sean Penn was also set to introduce a message from Ukraine’s President Volodymyr Zelenskyy.

The Globes were plunged into chaos shortly before a largely remote pandemic 2021 awards show when a Los Angeles Times report revealed that the HFPA, then numbering 87 members, had no Black members. A separate New York Times report showed that the group — an often ridiculed collection of little-known foreign journalists based in Los Angeles — paid its members some $3 million in annual salaries, and detailed a litany of ethical lapses in how the organization regularly interacted with potential nominees.

Under mounting pressure, the HFPA pledged to reform, diversified its membership and changed some of the ways it operates. It now has 96 members, including six Black members, along with 103 nonmember voters. Billionaire Todd Boehly purchased the Globes through his Eldridge Industries, and has begun turning the nonprofit group into a for-profit company.

Reaction to the Globe nominations last month was muted, with few stars publicly celebrating. But only one nominee has stated emphatically that he will not attend: Brendan Fraser. Though nominated for best actor for his performance in “The Whale,” Fraser said he would not participate in the Globes. In 2018, Fraser said he was groped in 2003 by longtime Hollywood Foreign Press Association member Philip Berk. Berk, who is no longer an HFPA member, denied it.

Not expected to attend was Tom Cruise, whose “Top Gun: Maverick” was nominated for best picture, drama. Cruise famously returned his three Golden Globe awards after the HFPA revelations.

As it has for most award shows, viewership to the Globes telecast has cratered. After the 2020 awards were watched by 18.4 million, the 2021 edition managed just 6.9 million, according to Nielsen. Still, the Globes remain a valuable marketing tool for awards contenders, propping up ads for films in the long stretch between the holidays and the Oscars, which air March 12. Some of this season’s top contenders, including Steven Spielberg’s “The Fabelmans” and Todd Fields’ “Tár,” have struggled to attract large audiences.

Martin McDonagh’s feuding friends tale “The Banshees of Inisherin” came in with a leading eight nominations, including nods for actors Colin Farrell, Brendan Gleeson, Kerry Condon and Barry Keoghan. Daniel Kwan and Daniel Scheinert’s existential action comedy “Everything Everywhere all at Once” is up for six awards, including nods for Michelle Yeoh, Quan and Jamie Lee Curtis, who lost to Bassett.

Several of the past year’s biggest box-office hits are also in the mix. Along with “Top Gun: Maverick,” “Tár” and “The Fabelmans,” the nominees for best picture, drama, include James Cameron’s “Avatar: The Way of Water” and Baz Luhrmann’s “Elvis.”

On the TV side, the public school sitcom “Abbott Elementary” leads with five nominations, including a nod for Quinta Brunson’s lead performance. “The White Lotus,” “Dahmer,” “The Crown,” “Pam & Tommy” and “Only Murders in the Building” all scored four nominations each.