Carucci family’s best may be on field now – Boston Herald 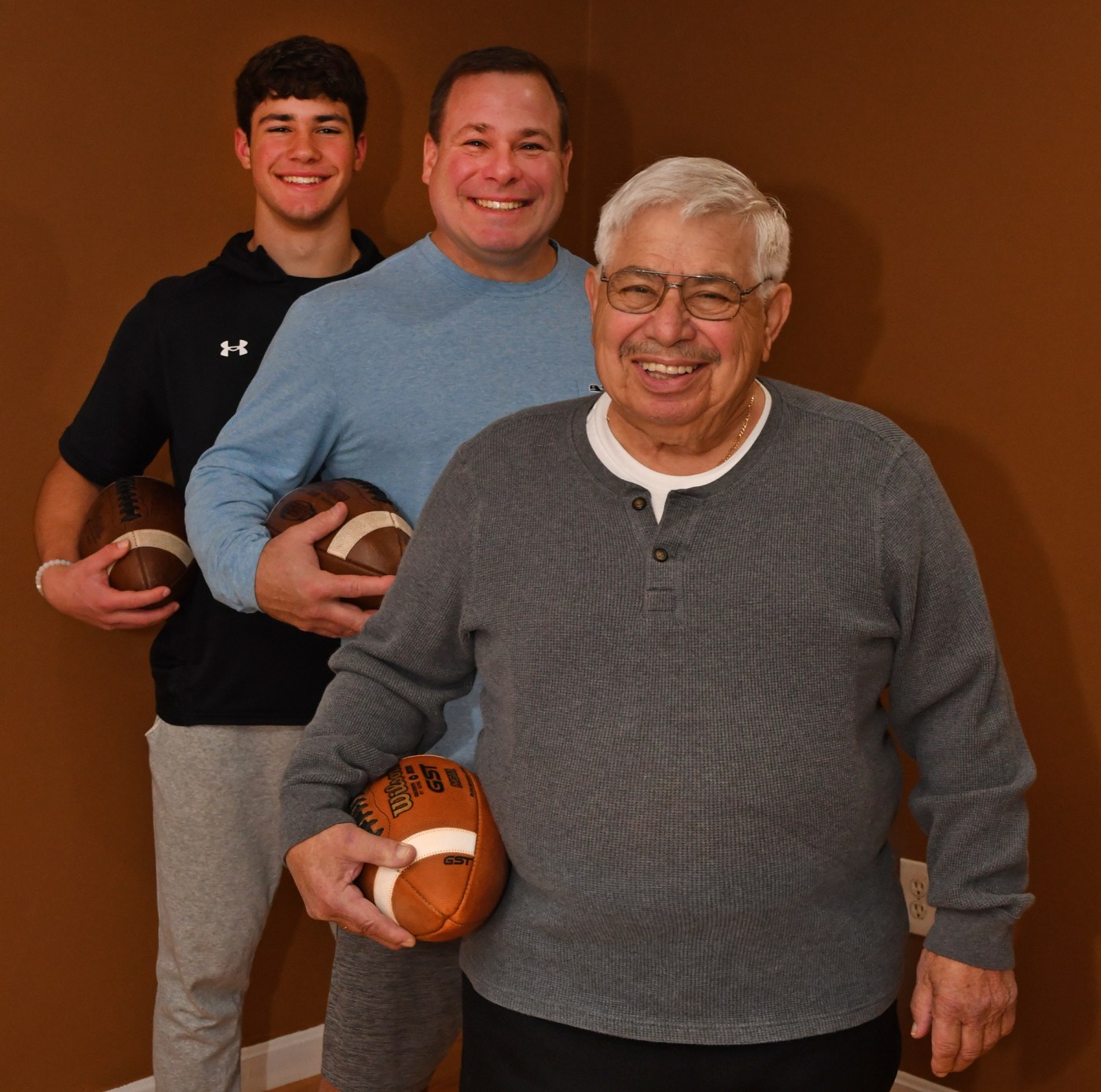 In the early years of North Reading High School football, 140-pound running back Chuck Carucci was one of the team’s top weapons.

More than 60 years later, another Carucci, Alex, is playing a role in getting the Hornets into their second straight Super Bowl,

“”The history of it seems kind of overwhelming,” said Alex, a senior quarterback. “I just take it a day at a time.”

In his second season as the Hornets’ starting quarterback, Alex has completed 100 of 136 passes for 1,860 yards and 25 touchdowns. He’s also rushed for 227 yards and 13 touchdowns.

On Friday, in the MIAA Div. 5 state semifinals, he completed 15 of 18 passes for one touchdown. He also rushed for two touchdowns in the 32-29 overtime victory against Bishop Fenwick.

“For us, as coaches, his accuracy is a big thing,” said North Reading coach Ed Blum. “He can do so many different things. He can scramble. That makes us hard to stop.”

Now that he’s in his second year as starter, Alex is more comfortable running the Hornets’ spread offense.

“The game has slowed down for me,” he said.

Alex is the third Carucci to be a captain at North Reading. HIs grandfather Chuck Sr., a 1960 graduate and a member of the school’s Hall of Fame, and his father, Chuck Jr., who graduated in 1987, were also team captains.

Chuck Jr. was a running back and defensive back. He missed his senior year after sustaining a broken leg in a preseason jamboree. As someone who had played at North Reading and later coached there from 1997 to 2000, he appreciates what the program is like now.

“North Reading had been to one Super Bowl before this, in 1979,” Chuck Jr. said. “Now they’ve gone two years in a row. These are really special times. The whole season has been like dream.”

Father and son both point to the work of Blum and his coaching staff for getting the program to this level.

“They’ve established a culture, both on and off the field,” Chuck Jr. said. “It’s the weight room, nutrition, recovery. It’s a big commitment.”

Said Alex: “(Blum) has really changed the culture. We have a whole different approach on and off the field.”

Alex does his part in upholding that culture.

“He’s very coachable and he’s been able to learn everything we’ve taught him,” Blum said. “Then he added his own stamp on it. You can push him really hard and also have a conversation with him. His family has allowed him to get the most out of the experience.”

“He worked really hard before his senior year and had a really good season,” Alex said. “I figured if I started working hard, I could do well earlier. He taught me to always give my best and not take shortcuts.”

Growing up, Alex heard the stories about his grandfather’s playing days and that was another thing that inspired him.

“My grandfather talked a lot about it,” he said. “He was a 140-pound running back and the team had small numbers.”

Said Chuck Jr., “I used to talk about what my father did. It never really hit me until my older son graduated in 2020. We were able to see both boys on the field at the same time.”

Chuck Sr. says the game is much different today.

“The game is much faster now,” he said. “The kids are bigger. When I played if you were 5-8, you were a big kid. Now they have five or six coaches. They work at it all year and play all summer. We just showed up for preseason two weeks before our first game.”

He’s proud of his grandson.

Alex plans to continue his football career in college at a high-level academic school.

Before that, he has the Super Bowl against Shawsheen Tech and before that, the annual Thanksgiving game against Lynnfield.