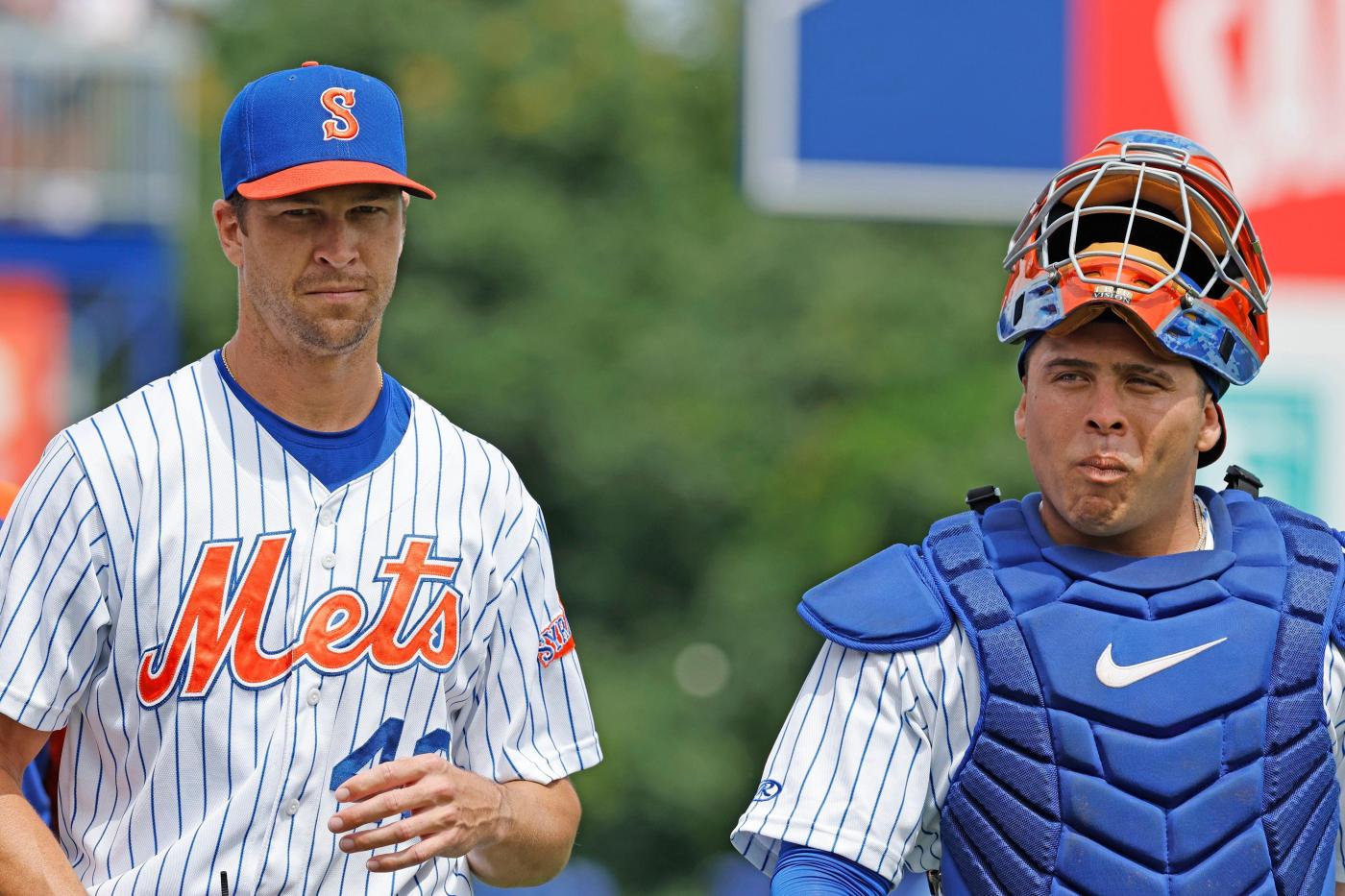 When the trade deadline came and went without the Mets shopping any of their premiere minor leaguers for immediate MLB help, many fans questioned what Billy Eppler’s vision was. The general manager was kind enough to explain his thinking over Zoom on deadline day.

“There were a lot of inquiries at the front end of that group,” Eppler said of his prospects. He later noted that the team didn’t part with anyone they considered a “top 19 prospect” in their system.

“One of the things that we’ve talked about here is trying to maintain that organizational discipline to kind of crush any urge to make a snap or impulsive decision and give up large amounts of future World Series odds or expectation in exchange for just some marginal gains right now.”

That urge has been crushed, and with each of the club’s top five prospects (according to MLB.com) still employed by the Mets, let’s see how they’re faring in the minor leagues.

The farm’s main attraction — and the one that the Mets were absolutely not going to trade — has shown why the organization cherishes him so much.

Alvarez began his year at Double-A. He is only 20 years old, meaning he is younger than many of the players who were drafted this summer. In 67 games for the Double-A Binghamton Rumble Ponies, Alvarez quickly proved that he was far too good for that level, earning a promotion to Triple-A. He hit .277/.368/.553 (.921 OPS) for the Ponies and was 45% more productive than the league’s average hitter.

In his brief stay at Double-A, Alvarez actually struck out a tick less and walked a tick more than he did at High-A. Both his K% and BB% trended a few decimal points in the right direction, and his batting average, on-base percentage and slugging percentage all got significant raises.

Through his first 20 games at Triple-A Syracuse, Alvarez is hitting just .191 but getting on-base (.360) and slugging (.471) at very intriguing rates. Five home runs in his initial 89 plate appearances for Syracuse showed that Alvarez’s power was not left behind. Also, not for nothing, Alvarez caught two legends of the game during their rehab periods. Both Max Scherzer and Jacob deGrom said nice things about the youngster’s defense, much to his delight.

To be abundantly clear, Alvarez is not going to be on the Mets’ big-league roster this year. His general manager said so very plainly.

“Right now there’s still some things, both defensively and offensively, that he’s working on,” Eppler said, noting that in Triple-A, pitchers are much better at messing with hitters. “I’d rather a young player get messed with in Triple-A than get thrown into a playoff race.”

Baty, the club’s first-round pick in 2019, is killing it in his second stint at Double-A. He finished the season with 40 games there last year, and in 87 this year the left-handed swinging third baseman is the current owner of a vaunted .300/.400/.500 slash line. He’s hitting .312, getting on base at a .405 clip and spanking the ball for a .541 slugging percentage. After a scorching month of July, he was named Player of the Month in the Eastern League.

“Once you have success at Double-A, you kind of physically know you’re able to play in the major leagues,” Eppler said.

Drafted out of high school, Baty has the luxury of still being just 22 years old but having three minor-league seasons to his name. The Eduardo Escobar signing hasn’t worked out yet for the Mets, and he has just one more full year on his contract with a club option for 2024. If Escobar’s woes carry into next season, Baty should be one of the first calls.

At 21 years old, getting his first extended time in Double-A (he made an eight-game cameo there last season), Mauricio’s numbers don’t jump off the page yet.

The .255 average is fine, the .293 on-base percentage needs improvement. Gaining a better approach at the plate is the biggest obstacle in his development right now. Mauricio is walking in just 4.5% of his plate appearances, the third-lowest figure of anyone in his league. He’s also gotten very pull-happy, with FanGraphs showing a staggering 48.0% of his balls in play going to the pull side.

A concerning 21 errors in 78 games at shortstop also show that Mauricio is going to need much more time to figure things out. There’s no rush to get him up, though.

The youngest of the group, the 19-year-old outfielder is starting to show the raw power that made evaluators salivate. Called up to High-A in early July, Ramirez has slugged .526 at the level with five home runs and three doubles in his last 13 games. As by far the youngest player on the Brooklyn Cyclones’ roster, and the youngest player in the High-A South Atlantic League who’s made at least 100 plate appearances, the Mets won’t need Ramirez for a while.

If he keeps clapping the ball the way he’s been at High-A, though, he’ll be facing much stiffer competition next year.

Vientos is lauded for his power, and it’s certainly played at Triple-A. Of the ten players who have sent at least 19 balls over the wall in the International League this season, Vientos is one of just four who haven’t played in the majors at all.

The kid still strikes out a lot — he fanned in 30.2% of his Triple-A plate appearances last season and is at 30.7% in a much larger sample size this year — and his defense at third base is nothing to write home about. Vientos may very well be the Mets’ designated hitter of the future, but that’s a conversation to have during the offseason.