Celtics finally turn up defense in blowout victory over Wizards 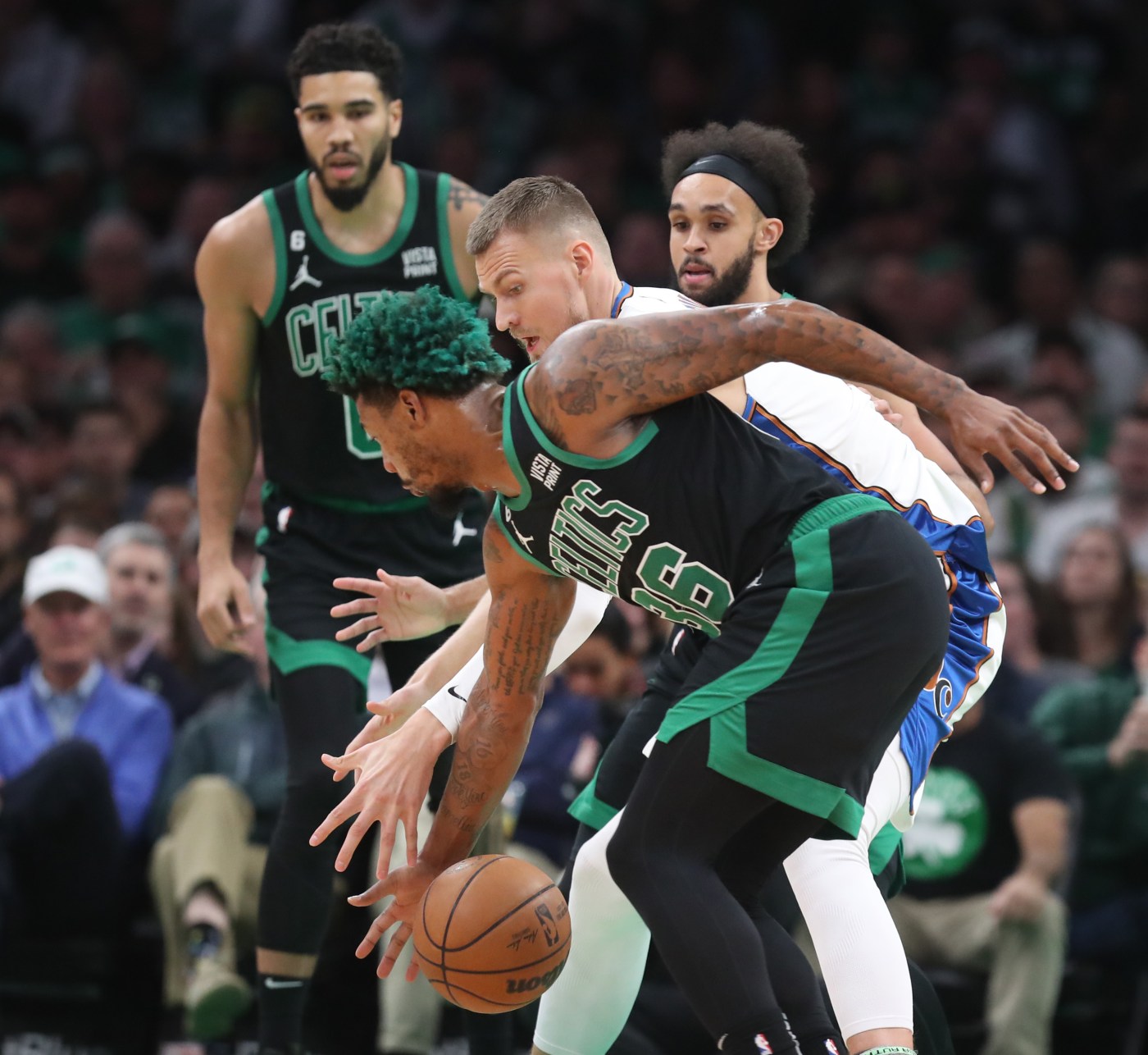 Defensively, the Celtics know they have been far from their championship-level standards.

The Celtics had talked enough about their need to improve defensively. Sunday night at TD Garden, they finally started putting it into action.

After perhaps their worst defensive performance of the season in Friday’s brutal loss to the Cavaliers, the Celtics responded with an effort they’ve been desperately searching for through the opening two weeks. Fueled by a strong start, the Celtics found their defense and took it wire-to-wire for a 112-94 victory over the Wizards.

“I saw the same effort that we’ve had the first however-many games we’ve played,” Mazzulla said. “And I saw a commitment to the details and a commitment to the execution on every possession like I told you about before the game. Our guys are always going to play hard. We just have to continue to execute and be detailed and more (consistent), and we were tonight.”

Jaylen Brown scored 24 points, Jayson Tatum had 23 and Brogdon added 23 off the bench as the Celtics hit 21 3-pointers en route to the blowout win.

It may have only been the Wizards, but it was a needed starting point for the Celtics, who have lacked the kind of habits that made them the best defense in the league last season on their way to the NBA Finals.

Takeaways from the victory:

Defensive focused: From the opening tip, it was clear Sunday’s effort would be different. The C’s fired on all cylinders offensively and it was triggered by their defense, which forced the Wizards into several tough looks and almost none of the easy ones that torched them in losses to the Bulls and Cavs last week. The Wizards scored just 15 points on 26.1% shooting in the first quarter as the C’s took a 22-point lead, and they rode that cushion to the victory.

The Wizards entered the night ranked first in field goal percentage at 49.1%, but the Celtics held them to 38.8% shooting. They put the clamps on Wizards star Bradley Beal, who started the game 0-for-11 before finally hitting his first shot with 1:04 left in the third. It all started with the Celtics’ first-quarter effort.

“The previous games, we started out hot, kind of like we did tonight, especially that Chicago game and we kind of let up so tonight’s sole focus was we are going to have hot starts like that offensively and defensively,” Marcus Smart said. “Sustaining it is our problem and we want to come out here tonight and make a big emphasis on that end, once we get that lead because of our defense and we were playing great defense, not to let it slow down and take our foot off the gas pedal and that’s what we did tonight.”

One defensive area the Celtics failed to clean up, though, was their rebounding. The C’s allowed 16 offensive rebounds, and some second-chance points allowed the Wizards to briefly get back into the game in the second quarter.

But overall, Sunday easily represented the Celtics’ strongest defensive display through six games. An adjustment period was expected after the loss of Rob Williams, integrating some new personnel and some tweaks to the system under Mazzulla, who said Sunday that they need to practice some patience with the defense while improving each game. But with most of the pieces back from a league-leading defensive unit, their confidence hasn’t been shaken by the slow start. They understand it’s a process, in a different way than last year.

“Not having Rob is definitely different because coming into the season we were planning everything to expect to have him, so we have to change things around in that aspect of going even smaller, but we’ve been here before,” Smart said. “We’ve played small-ball before and switching everything, so it just comes down to doing it. …

“A couple guys haven’t done it. I don’t know how much Malcolm has, but to be able to come in and adjust the way he has is key for us. And especially with Rob out, it allows other people like Luke (Kornet) and everybody else to step up and play roles that they normally don’t play. I’m playing the 5 as y’all can see. So that’s the most I’ve ever played the 5. So it’s different, and we have the versatility to do it. So it’s going to be unique for us this year.”

Brogdon ices game: It wasn’t certain if Brogdon would even play Sunday as he was originally listed as questionable with a back issue, but the veteran guard made another strong impact with 23 points, his most as a Celtic.

Since joining the Celtics, Brogdon has stressed how important sacrificing is for him and how he embraces no longer having to take on a high scoring load. But his ability to be a high-volume scorer off the bench is a huge asset the Celtics didn’t have a year ago, and it showed in this win. Sixteen of his 23 points came late in the third and early in the fourth as he led the Celtics’ second unit and helped put Washington away for good.

Hot start: Tatum and Brown are obviously the Celtics’ stars and biggest offensive producers, but the duo took it to an extreme level to start Sunday’s game. Together, they took the Celtics’ first 12 shots and scored the Celtics’ first 23 points as they jumped out to a comfortable first-quarter lead. Smart was the first Celtics player not named either Tatum or Brown to take a shot when he drove for a layup with 4:06 left in the first quarter.