Celtics issue another warning to rest of NBA, humiliate Suns with blowout victory 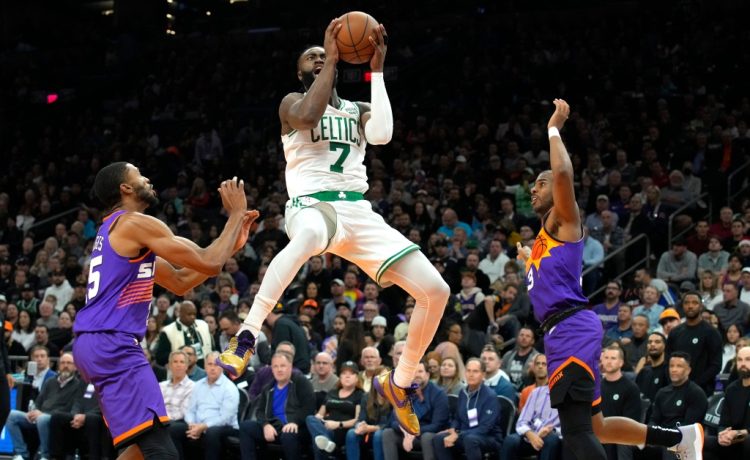 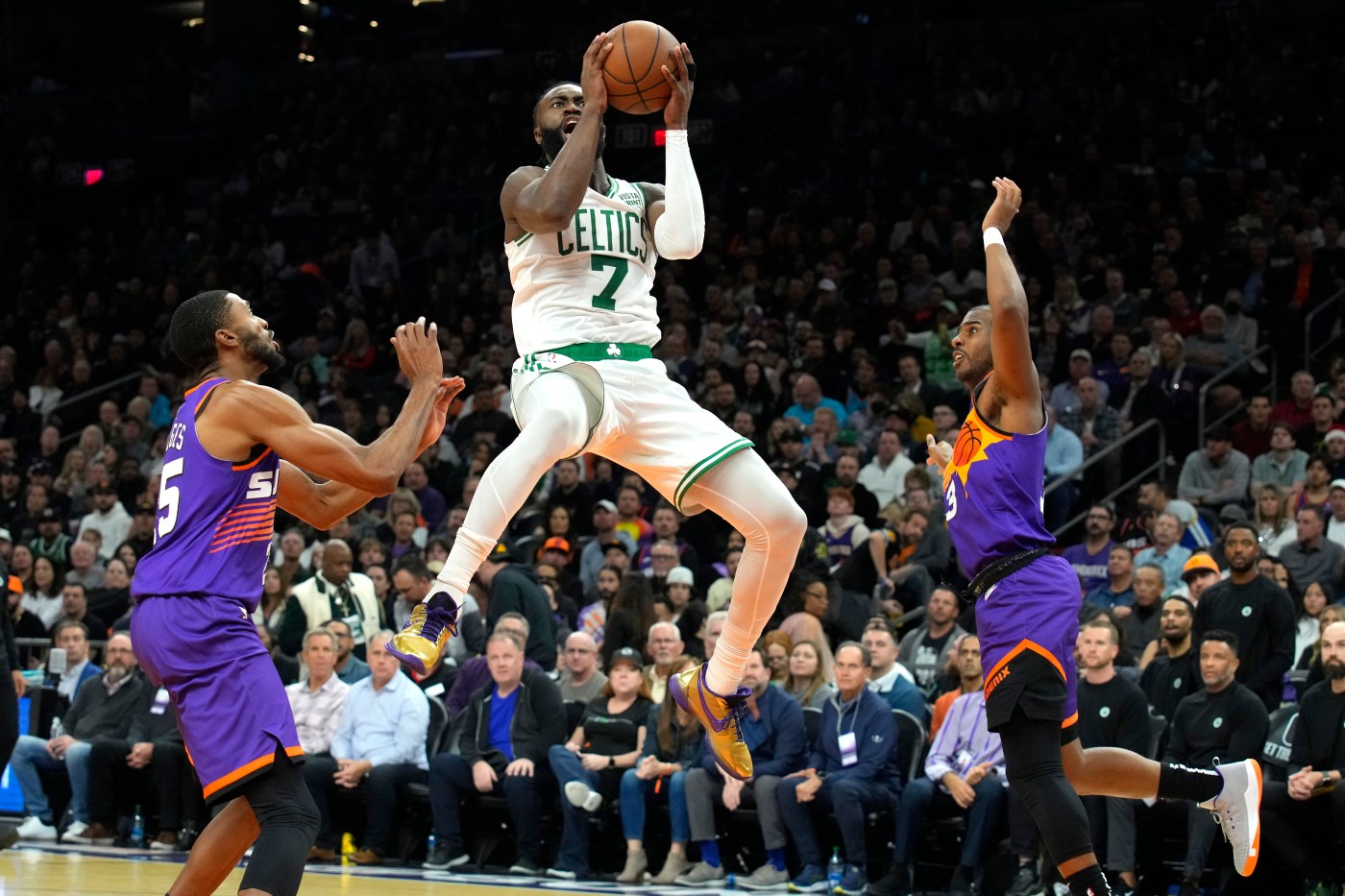 As the Celtics took a 45-point lead after Jaylen Brown drilled a 3-pointer, Monty Williams had seen enough. The Suns coach stood up from his seat, looked down at his bench and pointed to his reserves. He was waving the white flag and taking his starters out of the game.

There were still more than five minutes remaining in the third quarter.

The Celtics have had several impressive performances throughout their blistering start to the season, but nothing quite like this.

Wednesday night’s matchup with the West-leading Suns could have been viewed as a measuring stick for the Celtics, maybe even an NBA Finals preview. It promised to be a hard challenge. On the road, without Al Horford (out due to entering health and safety protocols) and still missing Rob Williams, as All-Star guard Chris Paul returned for the Suns. Instead, the Celtics produced their most dominating effort to date and issued yet another warning to the rest of the NBA with a jarring and borderline ridiculous 125-98 victory in Phoenix that wasn’t nearly as close as the score indicated.

Brown and Jayson Tatum each scored 25 points, with the former for some reason starting the fourth quarter before Joe Mazzulla came to his senses. Truthfully, neither probably even needed to play the second half as the Celtics built a 27-point lead that extended to 36 within the first couple of minutes of the third quarter. They humiliated the Suns on their floor in a performance reminiscent of the Mavericks’ Game 7 victory over the Suns last postseason in which they led by as many as 46.

Was a statement made by the Celtics, who improved to 21-5 and won their 17th game in their last 19 by annihilating the best team in the West on the road?

“It’s just one game,” Brown said on NBC Sports Boston. “So we just have to come back and take it one game at a time and get ready for the next.”

The Celtics improved to 10-2 against teams with records of .500 or better with Wednesday’s win – a record that includes wins over the Suns, Nuggets and Mavs.

The Celtics took control Wednesday night in the first quarter, when they were actually trailing by three before they went on a 17-2 run and never looked back. It started on defense – which has been trending up to start the road trip. Despite being without Horford and Williams and having a size disadvantage against DeAndre Ayton and the Suns, the C’s imposed their will and physicality.

The Suns, who had the second-best offensive rating in the league, shot just 35.4 percent and made one of 16 3-point attempts in the first quarter as the Celtics limited them to 42 points. The offense, as it typically does, came easy with it. The Celtics only made seven triples in the first half as they blew the game open, but were consistently getting the right shots.

Grant Williams set the tone early by making his first five shots as he went 6-for-6 for 14 points, and a domino effect followed. Malcolm Brogdon returned from missing Monday’s win with an illness and led another strong bench effort with 16 points – including eight during a 90-second stretch in the first quarter – and even Blake Griffin was having fun, blowing on his fingers at one point after hitting a 3.

“Our guys did a great job,” Mazzulla told reporters. “Phoenix is a great team and I thought the way we played showed the respect we have for them by our detail and the scouting report, our effort and our execution. Those things were great. …

“We did it with good shot selection and then we did it with defensive effort and execution and so just very, very detailed in what we wanted to accomplish defensively and I think that’s what led to it.”

The Celtics destroyed the Suns in the second quarter as seemingly nothing went wrong for them. Williams hit a 3 to put them up 19, forcing a Suns timeout, only for the Celtics to score five consecutive points after that. When Brown completed a three-point play after drawing a fourth foul on Devin Booker with 1:08 left in the first half, the Suns were simply defeated. Not long after, they officially surrendered.

“We got a good team,” Brown said on NBC Sports Boston. “We gotta stay healthy. We can’t get too big-headed, we gotta stay focused. It’s my job to continue to keep us level. We got games to win so tonight was a good win and we have to get ready for the next.”

The Celtics weren’t treating Wednesday night’s win more than it was – one regular season game among 82. Mazzulla wasn’t satisfied with every aspect of the performance – he feels they gave up too many open shots – and preached humility, knowing every night won’t be like Wednesday. Inside the locker room, though they’re happy and encouraged with the steps they’ve taken to start the season, emphasized by Wednesday’s performance, they know it’s just a piece of the ultimate goal they’re chasing.

“Everybody in that locker room understands what we’re trying to do,” Tatum told reporters.” We realize we have the best record, we’re 21-5. With that comes a decision every night to play the right way, play as hard as we can on both ends. …

“The goal is still the same. Get back to the Finals and get over the hump, so while we’re having fun and happy with the way we’re playing, nobody in that locker room is celebrating or satisfied with where we’re at. None of this means anything if we don’t hang a banner. That’s the ultimate goal.”