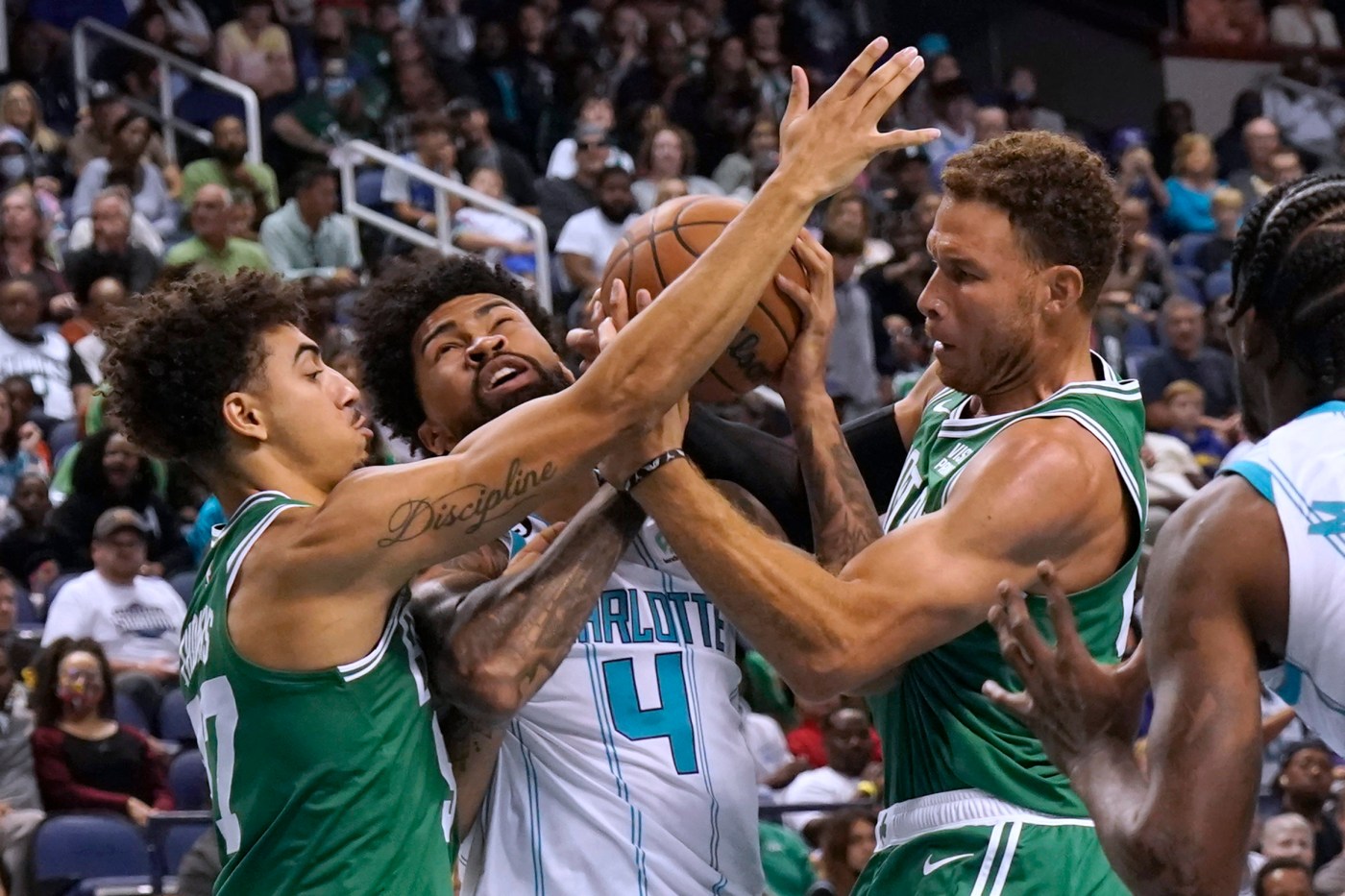 Derrick White has felt more settled in with the Celtics this preseason. After being acquired at last season’s trade deadline, and trying to integrate himself with the C’s before his first child was born during the playoffs, there was a lot going on for the guard in a short span of time.

Now after a summer to breathe, White looks acclimated. It showed in a big way in the Celtics’ preseason win over the Hornets on Friday night in Greensboro, North Carolina.

In three preseason games, White – who was used primarily off the bench in last season’s run to the NBA Finals – has started in each one. It remains to be seen if that continues into the regular season, as Joe Mazzulla experiments with smaller combinations in figuring out how to make up for Rob Williams’ absence. But whether it’s starting or coming off the bench, White is clearly only going to add to the Celtics’ strength of their guard play.

With several regulars out – including Marcus Smart and Malcolm Brogdon – White was one of two starters, along with Jaylen Brown, who stayed in the lineup from the previous two games. Given the keys as the lead guard of the offense, White thrived as he went off for 18 points and six assists while also playing his usually solid defense in 24 minutes of the 112-103 win.

White looked aggressive early as he finished two driving layups in the opening minutes, and his retooled shot mechanics were on display as he went 6-for-10 from the floor, including two triples. One sequence stood out in the second quarter: After kicking a ball out to Blake Griffin, White found some space for a relocation 3 in the corner that he drained.

– Four days after signing with the Celtics, Griffin made his debut and looked pretty comfortable. The veteran forward played 16 minutes and finished with seven points, nine rebounds and two assists. Griffin’s first basket came late in the second quarter, when Brown found him wide open for a 3. Griffin only went 1-for-6 shooting, but was doing little things like crashing the glass and setting good screens that will make him a contributor coming off the bench this season.

“I felt all right,” Griffin said on NBC Sports Boston after the game. “A little rust. I haven’t played 5-on-5 yet, so it’s always a little weird coming in a little late, but these guys are great. Coaching staff was great, giving you a clear message and I was glad we picked it up in the second half and got the win.”

– Smart, Brogdon, Jayson Tatum and Al Horford all took the night off after logging heavy minutes in Wednesday’s loss to the Raptors. But Brown stayed in the lineup and had another impressive game. Though he started slow, Brown finished with 19 points on 6-for-14 shooting, including 5-for-8 from 3 as he played 25 minutes and deep into the third quarter. Brown is now averaging 22 points per game this preseason and continues to look ready for the season to start.

– With Horford out of the lineup, Friday provided a big opportunity for Noah Vonleh and he seized the chance. The big man earned the start – and after a tough start in which he picked up two quick offensive fouls, he finished with 14 points and 13 rebounds. There’s an opening at the end of the bench for frontcourt depth in the wake of Rob Williams’ injury and Vonleh seems poised to grab one of the Celtics’ 15 roster spots.

– Turnovers once again plagued the Celtics. After committing 23 in last Sunday’s win over the Hornets, the C’s only had 10 on Wednesday. But they were careless to start Friday’s game, with 14 turnovers in the first half as they dug themselves into a 16-point deficit.

But to their credit – even if it’s just preseason – the C’s showed some resilience as they came back to win convincingly. Justin Jackson, as he continues to fight for a roster spot, was impressive to end the third quarter as he drilled three consecutive 3-pointers before pinning a chase-down block on the glass that fired up the Celtics bench. Jackson finished with 16 points, and Payton Pritchard added 13 points and seven assists as the C’s took care of the ball – only five turnovers in the second half – and the bench played well to secure the victory.