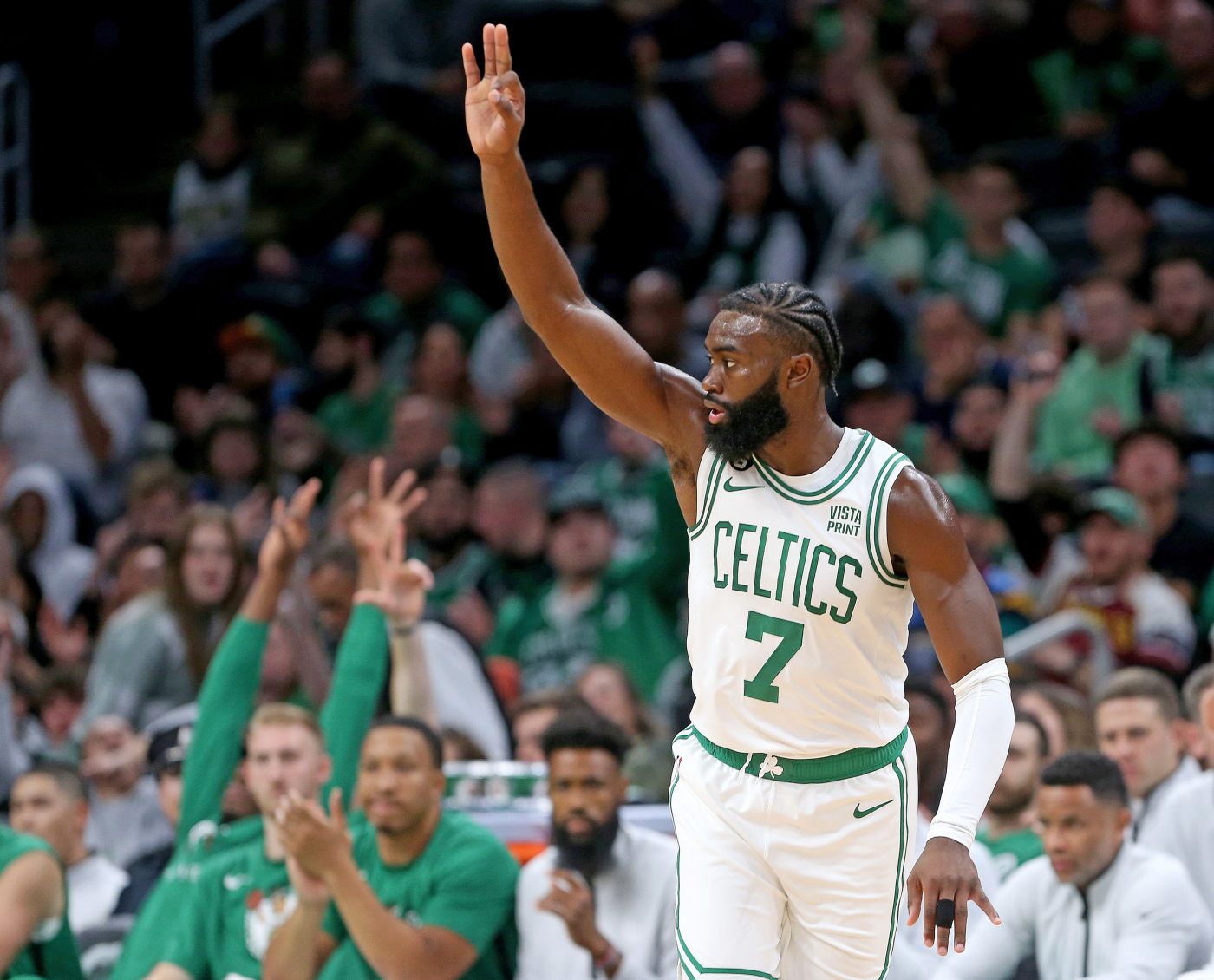 After his team blew out the Hornets with a 41-point preseason-opening win, Celtics coach Joe Mazzulla was excited about the test a playoff team like the Raptors brought Wednesday at TD Garden.

Mazzulla certainly liked what he saw, even if the night ended with a loss that will ultimately prove to be meaningless.

The Celtics built a 19-point fourth-quarter lead that they blew after all their starters and regulars were pulled – eventually losing 125-119 in overtime – but there was plenty more to like about Mazzulla’s group that will take the court for real games in less than two weeks, as Jaylen Brown, Malcolm Brogdon and Sam Hauser all shined again.

– The season opener is still 12 days away, but Jaylen Brown looks like he’s ready for the season to start now. Brown, who was the best Celtic during the NBA Finals in June, has picked up where he left off in the first two preseason games.

After a hot start in Sunday’s opener, when he scored a game-high 24 points, Brown was at it again on Wednesday. He scored 12 of the Celtics’ first 18 points – which included an impressive play on a driving left-handed layup to start the game – and continued to find his shot as he went 9-for-14 from the field and 3-for-6 on 3-pointers. His only hiccup came in the second quarter, when he inexplicably missed three consecutive free throws after being fouled shooting a 3.

– Malcolm Brogdon continued to look like a game-changer coming off the Celtics bench. The point guard, no longer expected to be a team’s primary scorer after holding that role for three seasons with the Pacers, seems to be making a seamless transition as the Celtics’ sixth man and leader of the second unit. Brogdon finished with nine assists – many of them on kick-out 3s – giving the guard 18 helpers over the first two preseason games.

– Several of Brogdon’s went to Sam Hauser, who rewarded the guard’s unselfishness by catching fire from 3-point land – again. After going 4-for-5 from distance in Sunday’s blowout, Hauser followed it up with an even better performance as he went 5-for-7 from beyond the arc as he continues to strengthen his case to be a shooting threat off the bench in the wake of Danilo Gallinari’s injury.

– Grant Williams came up hobbling after appearing to turn his ankle while going for a rebound on a play at the end of the third quarter, but seemed to be fine.

Williams had another solid game off the bench as the fourth-year forward looks to build on last season as he produced eight points and five rebounds. In addition to knocking down a pair of 3s, he had an impressive bucket on a hesitation drive in the second quarter, a play that indicates the work he’s putting to expand his game and finishing ability at the rim.

– Blake Griffin, who signed and had his first practice with the Celtics on Monday, did not play. The forward played a light scrimmage at Wednesday morning’s shootaround and while Mazzulla left the door open pregame for him to make his debut, he opted to wait as Griffin continues to get acclimated within Boston’s system. Griffin went through warmups but came out wearing a white Celtics hoodie and sat on the bench during Wednesday’s game. It’s likely he’ll play in Friday’s preseason game against the Hornets in Greensboro.

Luke Kornet missed Wednesday’s game as he continues to recover from a sprained left ankle. The center is still day-to-day but is getting better, according to Mazzulla.