Todays Though > News > Chaim Bloom finally addresses Red Sox biggest need, but it might be too late
News

Chaim Bloom finally addresses Red Sox biggest need, but it might be too late 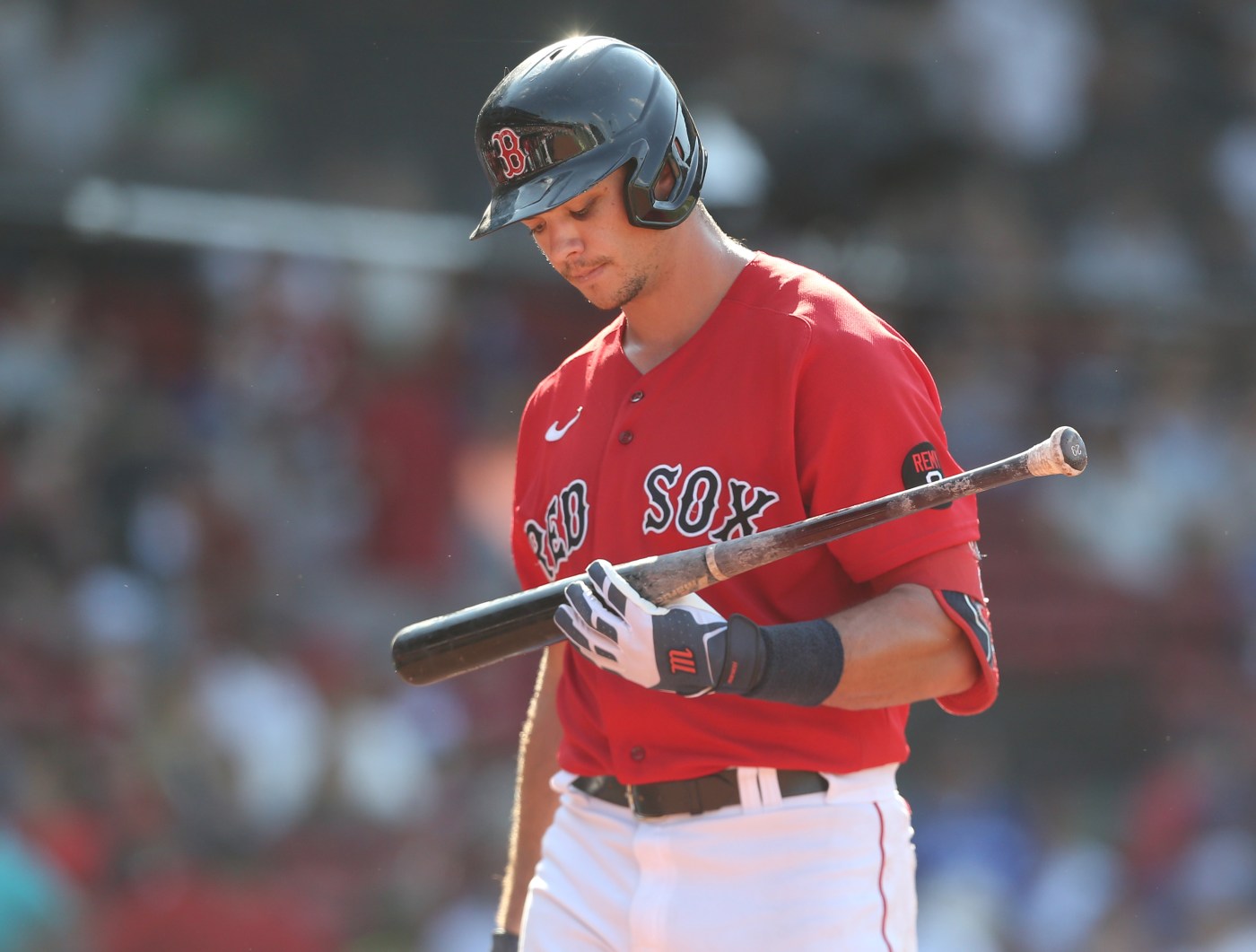 The Red Sox addressed their biggest need before Major League Baseball’s trade deadline on Tuesday evening, and for that, Chaim Bloom deserves credit.

“A bunch of our folks are heading out for adult beverages right now and they deserve it,” Bloom said around 7 p.m. Tuesday night, just after the Sox acquired first baseman Eric Hosmer from the San Diego Padres in his only move on Deadline Day.

But before the celebrations in the front office begin, let’s take a moment to wonder why it took the Red Sox so long to get here, and what they failed to accomplish on Tuesday.

There were no bullpen additions. Instead, Bloom sent lefty Jake Diekman, a flamethrower with a wipeout slider who had recently started getting high-leverage opportunities, to the White Sox.

The Red Sox downgraded at catcher. Reese McGuire and Kevin Plawecki will be the tandem going forward, a steep drop from Christian Vazquez, who had been hitting second as one of the Sox’ best contact hitters for the better part of the summer.

And they may have lost the clubhouse, with Xander Bogaerts telling reporters in Houston that the Vazquez trade certainly did not make the team better.

Did it make Bogaerts question the direction of the franchise?

“If you ask me, yeah,” he told reporters. “No one saw that coming…. Yesterday was really tough.”

Fortunately the Red Sox were able to upgrade at first base, which has blatantly and consistently been their most glaring area of need since Mitch Moreland was traded in 2020.

What’s remarkable is that it went unaddressed for so long.

Dalbec has just 17 RBIs in 90 plate appearances with runners in scoring position, an average of .19 RBI/PA.

Compare that with the average MLB first baseman, who collects .34 RBI/PA with runners in scoring position, and the Red Sox clearly have a huge hole at an important offensive position.

If the Sox had just an average first baseman in those 90 PAs, they’d have driven in 14 additional runs in those situations this year.

That might not sound like much but 14 runs is a lot when you consider the Sox have lost six games in extra innings this year. They’ve played 30 games decided by one run. They’ve been a middle-of-the-road group that lives on the margins and spent far too long without a competent first baseman.

Between Dalbec and Franchy Cordero, the Sox have had MLB’s worst defensive tandem at the position. According to FanGraphs, the Red Sox rank 30th in MLB with negative-10 defensive runs saved.

Start adding up all the ways the Sox have failed at the position and it’s hard not to think this team could’ve been in full-buy mode if they had addressed first base sooner.

In spring training, perhaps? Or mid-season, when the Mariners acquired Carlos Santana? Or earlier in July, when the Mets acquired Daniel Vogelbach?

The Sox sat on their hands and watched as Dalbec and Cordero continued to hurt them on a nightly basis.

Bloom admitted as much Tuesday, when he said, “I’m not saying anything that’s not obvious: we have struggled to find stability at the first base position this year.”

Hosmer is a suitable replacement.

He’s not the elite hitter he was during his final season with the Kansas City Royals in 2017, but he’s still a slightly-above-average hitter, a World Series champion and a four-time Gold Glove winner at first base who should bring consistent, professional at-bats and provide some much-needed calmness at a key infield position.

The Padres are sending two other low-ranked prospects and eating all of Hosmer’s remaining salary. In exchange, they received the Sox’ No. 13-ranked prospect, former first-round pick Jay Groome, a 23-year-old lefty who has finally started to gain traction in his fifth minor league season.

Hosmer will provide the Sox with a professional first baseman for at least the next 3 1/2 seasons, and provide some leeway for prospect Triston Casas, who could supplant Hosmer if he struggles or find a more natural fit at designated hitter, where there will be a hole if the Sox don’t re-sign J.D. Martinez in the offseason.

Simply put, this was a trade the Sox needed to make.

It’s hard not to wonder what would’ve been of the 2022 season had first base been properly addressed a long time ago.

So here we are, with the Red Sox entering the home stretch of the season without their starting catcher, but finally having addressed their biggest need. They have a 29% chance to make the playoffs, according to FanGraphs. They entered Tuesday three games back of the Mariners for the third Wild Card spot.

The Sox’ roster remains flawed, but it’s good enough to make the postseason.

They weren’t all-in at the deadline, but at least they weren’t sellers.

As usual, they’re somewhere in between.

Time for those adult beverages.